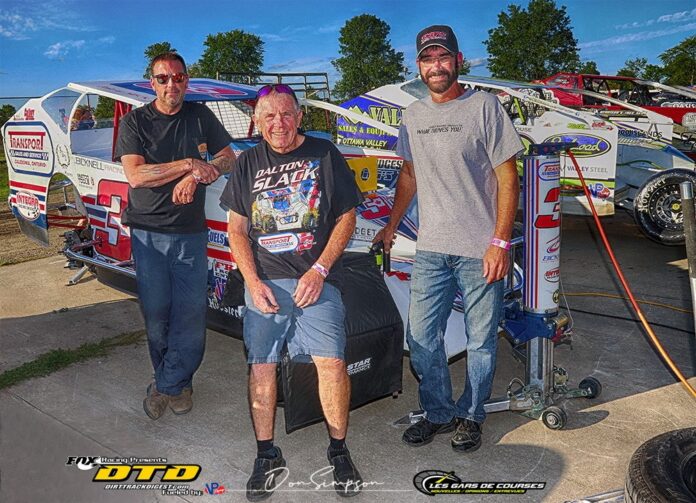 The exciting news trickling out of the Slack Racing camp these days is that they might have their eyes focused on challenging the Fall Nationals at the Brockville Ontario Speedway. 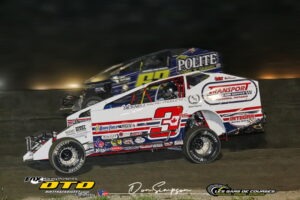 It would appear that this prestigious team, well known for bringing in top guns to pilot their car for a special event, is in the process of doing so once again. With that said, the team has had some great results over the years with this game plan. Drivers like Tim Fuller, Billy Dunn, Ryan Susice, and Matt Sheppard have all climbed in the famed No. 3RS car and have won.

The driver that may be joining this elite group of drivers is none other than Danny O’Brien. The race in mind is the Brockville Ontario Speedways Fall Nationals 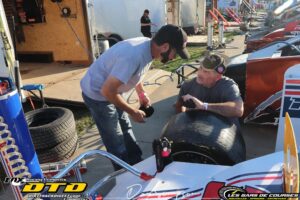 Slack Transport Sales and Service Racing Team is owned by Randy and Bob Slack out of Caledonia, Ontario. This, however, is not any ordinary team as there is a rich history of racing going back more than five decades in this family.

Bob Slack who has been a partner in Bicknell Racing products since 2007 is a key player in the company, assuming operation of the Machine Shop Division. In recent times, son Dalton Slack has begun working at Bicknell Racing as well. When not at work producing race cars, the family is campaigning their car on weekends. 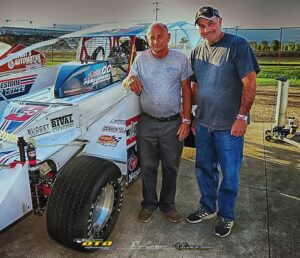 For the past two seasons, Dalton has been behind the wheel of the car. As of late, however, Dalton has decided to take a break from racing the Modified for a short time due to work. With this decision, ideas were floated around the family on what to do, Randy said, “With Dalton taking a time out from racing Bob and I were discussing what to do. It’s a shame to have the car just sitting there doing nothing and we have a lot invested in the car and team. The idea of racing the Fall Nationals came to light. Then Dalton suggested why not put Danny O’Brien in the car. Bob agreed. The next day Bob would then get things rolling contacting Danny and here we are.”

For Dalton having a long-time hero of his choosing get to wheel our car is amazing. 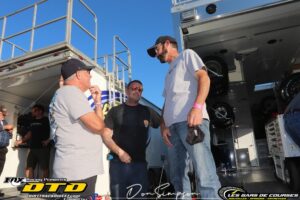 Dalton said, “I wanted to put Danny in the car because he is so good. Watching him drive a car is something really special. And I think seeing him get that one-hundredth win in our car would be amazing. Danny’s a great guy I’ve looked up to him for a while and you couldn’t ask for a better driver.”

O’Brien, who retired from full-time racing at the end of the 2018 season at the BOS, is looking to return for this challenge. If all goes as planned, Danny will return to his home track for this special event, held each year at the Brockville Ontario Speedway. Danny would love nothing better to get this notch on his belt that has eluded the Kingston, Ontario driver since it began back in 2008. When he retired, he was one win short of his 100th win at the BOS as well.

The two camps paired up to race the car at the BOS during the August 21 event to see how things would play out.

Randy stated, “We wanted to give Danny some seat time in the car as a lot has changed in-car technology since he has retired. We are doing a couple of races so we can all get on the same path. It was nice to see a lot of Danny’s team came out to help as it was just me and Bob to prep the car.”

If things continue to unfold as planned, Danny O’Brien along with Slack Racing will take on the Fall Nationals. I asked Danny about their plans and racing a few events before hand.

Danny mentioned, “For the Nationals, I wanted a couple of races before, after being off that long.”

With any luck, both camps will walk away from the event with the win. For Danny, this one event could satisfy two unfulfilled dreams of winning the Fall Nationals and gaining that
100th win, allowing Danny to finally retire from racing on a high note he so badly wanted.