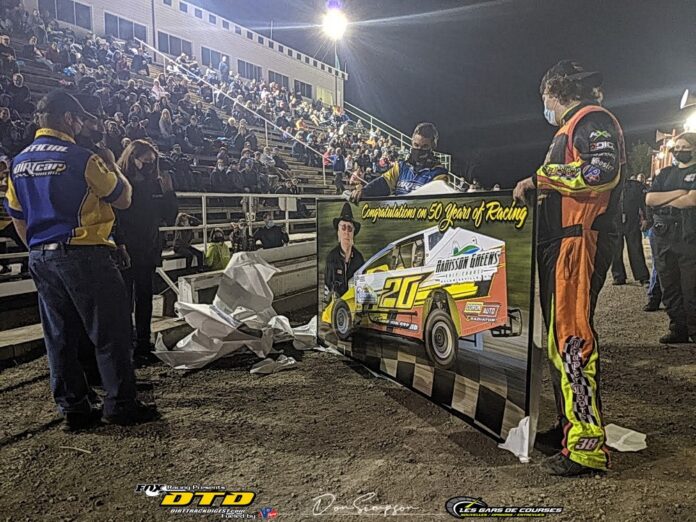 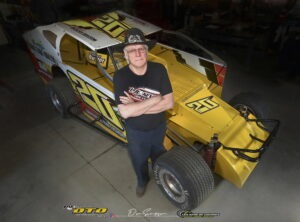 Recently, long-time driver Steve Bilow, affectionately known as “Stock Car Steve,” was honored at the Brockville Ontario Speedway for 50 years in competition as he prepares to hang up his helmet. Fittingly, the award was presented to him in front of a packed grandstand at his hometown track.

This story started back in 1971 when a young Steve Bilow had just turned 16 and got his driver’s license. In those years racing of any kind was popular and you ran what ya brought. 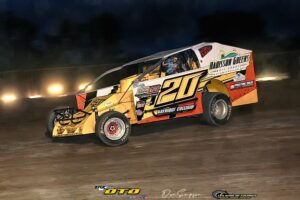 Steve began his racing career at the old Shannonville Speedway dirt track, which has since been rebuilt and is now used for motorcycle racing. Steve would only race a few times that year, but it was the beginning of a 50-year adventure.

This love for racing started much earlier for Steve as he was always seen in the pits at the Kingston Speedway helping anyone who needed help. Drivers like Merv Serson, Walter Pennock, and Jimmy Marlow all had the helping hand from Steve. 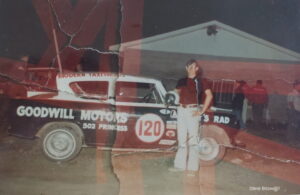 Steve recalled, “It was in the late 60’s when I began going to the Kingston Speedway helping in the pits. I even tried out a Hobby Stock one night at the Shawville Speedway and would later start racing part-time in 1971.”

The following year, Steve bought a Ford Anglia and campaigned the car in the Mini-Stock division at the now defuncted Kingston Speedway. 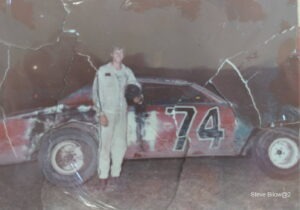 Steve quickly moved up in division as did many drivers in those days. Steve relied on used cars to keep costs down. His friend Walter helped him with his cars.

“He treated me well,” Steve explained. “I picked up the old No. 13 car from Walter and who then helped me along with the car.”

Steve then picked up the 737 from Bob Shannon in 1978, which had a rich history of past owners like Garry Jackson, Chubby LaRou, Bob Martin, and Pat O Brien Sr. 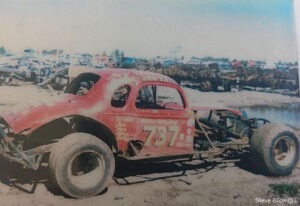 The 80’s and 90’s were the brightest years in racing, Tracks were plentiful, drivers abundant and costs were within reason. Steve mainly ran Can-Am, Cornwall, and Brockville during the 80’s.

In the 90s’, Steve expanded to include tracks like Evans Mills and Capital City. In all, Steve has raced at 15 different tracks over the past 50 years. 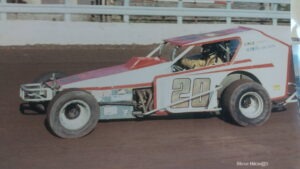 The Kingston Speedway, Cornwall, and the Brockville Ontario Speedway were all great tracks, but in Steve’s eyes, he was set on the Moody Mile.

For Steve, this track sticks out the most. He only raced there once because of the cost, but it was the most memorable moment for him in his career. The event was on July 4 at the Moody Mile, a rare if not the first night race at the mile oval. An unforgiving track; as any mistakes made at the Mile,  could be the end of the driver’s race. 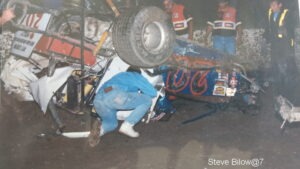 Over the years, Steve has been involved in four major crashes that he should never walk away from. The biggest one was at the Can-Am Speedway when he tumbled end over end down the entire back straight, or the night he rolled his car at the Brockville Ontario Speedway.

“That’s just a part of racing,” Steve explained. “You get through the crash and wonder if it is worth it, but then you would rebuild the car and get back racing.” 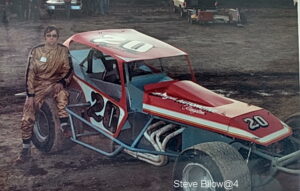 During all those years, Steve did all the work. There was a bit of help from time to time, but it was mostly Steve. From building his cars, to repairing the modern-day frames of today, to fabricating all the body panels for his car, Steve did it all at his home shop.

There was so much to absorb that day I visited Steve’s shop, along with picture albums of his years in racing. It was really amazing. All through the day, two things stood out. The first was Walter Pennock, who had a great influence on Steve, so much so, that Steve carried the number 20 on the vast majority of his cars. 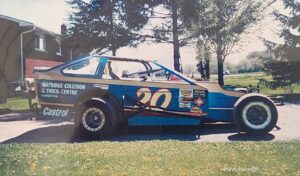 The second notable point was the fact Steve enjoyed the comradery of all the people he met over the years. This one point kept coming up during our discussions.

“It was like a big family,” Steve said. “You meet so many interesting people that are all on the same page with you and have the same interest in racing.

“Yes, there was the racing, but it’s all the social aspects that stay with you over time.”

For Steve, climbing in behind the wheel of his No. 20 Modified may be coming to the end, but it will be the social aspect he might miss the most.

It will not be a surprise if we see Stock Car Steve mingling in the pits at Brockville, and maybe, if the car is still around, he might take it out for one more spin around the BOS on a Saturday night. After all, racing is in his blood.