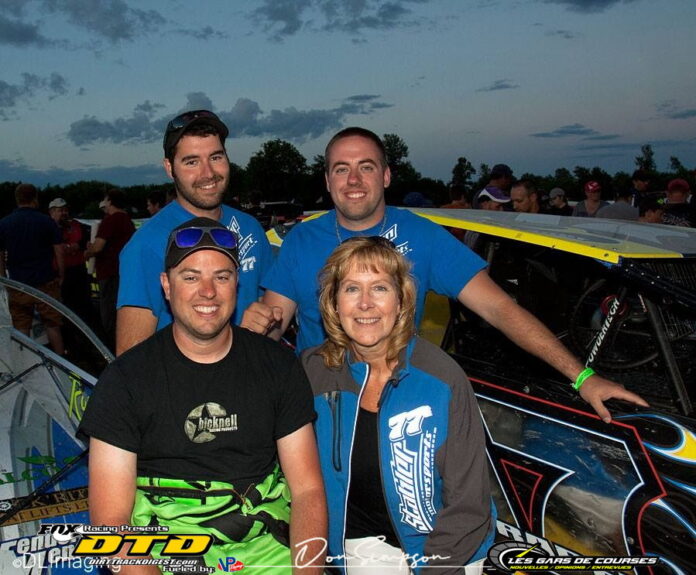 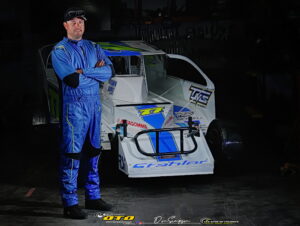 For Ryan, this comes at a point in his life that he can savor the moment as he has come close so many times over the years, in the Sportsman Modified division.

His journey in racing began back in grade school alongside his best buddy Corey Wheeler. Both of these friends were exposed to the racing world at Cornwall as they attended Sunday races with their fathers.

Back then, it was such an influencing experience.


Ryan recalled, “Corey and I would race around the schoolyard during break time emulating the races we had seen at the speedway. We kept this up until break time was over or when we ran out of steam, whichever came first.” 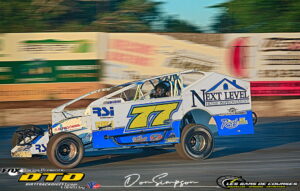 As time moved on, Ryan wanted to get more involved with the sport he loved. He approached Brian McDonald to see if he could help out on the team. Brian agreed and the new adventure began. Shortly after his move to help Brian and team 151, his long-time friend Cory Wheeler joined the team as well.

Brian said, “Ryan and Corey were on my crew as young guys before they began to race themselves. Ryan began helping out in the shop when he was young just finishing high school, Corey joined alongside Ryan. I taught them the basics in setup and maintenance.  They picked it up quickly as they are both smart. They did quite a bit of traveling over that time with me on the road as we would race at various tracks from time-to-time. There was a point we got Ryan racing in the Karts with one of my chassis at Cornwall. We even raced together on dirt bikes for a short time.

“Once I began racing Sprint Cars, Ryan was always there as part of the crew. From to time, Ryan would climb into my backup car to add to the ESS field if the car counts were low for the night’s race. I remember one night we were racing at Mohawk and Ryan rolled a brand new car, not the way I had envisioned the night. Those were fun times for sure. Ryan stayed on with the crew until he bought his own Pro Stock and began racing his car.”

For a short time, Ryan was into racing four-wheelers along with Motocross, not the easiest sports on your body as injuries are just part of it. Ryan even tested the waters racing Karts for a short time, all of which led him to the Pro-Stock division at the Cornwall Motor Speedway in 2008. 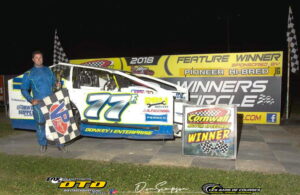 For close to four years, Ryan raced in the Pro- Stock division until late in 2013. At the end of that season, Ryan switched over to the Sportsman division, in one sense following the footstep of his close friend Corey Wheeler, who progressed through the divisions in much the same manner.

By 2016, Ryan was constantly running in the top 10 at the Cornwall Motor Speedway, coming away from the season with a fourth-place finish in the championship points chase. The season, in part, was a turning point for the team and Ryan as a driver. The team learned to do more with what they had along with Ryan driving more systematically during a race. 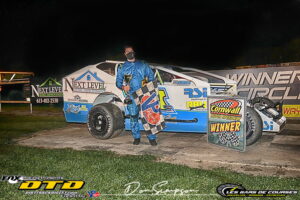 Fast forward to 2018, Ryan was fighting for the title at Mohawk International Raceway. With consistent top-three finishes, Ryan came within 17 points of capturing the championship that year, proving consistency can pay off.

With the same script, Ryan once again came within a hair of winning the championship in 2019, but this time at his home track in Cornwall.

The 2020 season had much the same results as the previous year, this time, however, the season was hampered by COVID restrictions, with a more condensed schedule.

This brings us to 2021, which turned out to be the dream season that Ryan had been striving for. With four wins along with six top-five finishes, all those years of hard work congealed into this past season’s performance.

The driver’s experience and a great crew made the team stand out as the season progressed. In the end, they brought home the one aspiration Ryan had been striving for all these years, a championship. Since a young boy running in the schoolyard mimicking a win at Cornwall Speedway, Ryan has dreamed of such a day and now it has finally arrived.

Ryan stated, “My thoughts on this season is…finally!  We have been so close so many times so to finally win the championship, especially at Cornwall, is a big weight lifted off my shoulders. Winning the championship is something I always wanted to accomplish and I think my team and our dedicated sponsors deserve it for all the hard work and commitment we have put in over the years. 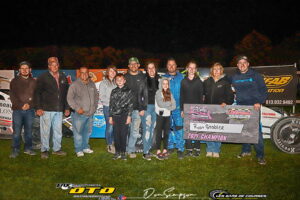 “We still had a few races left this season and I would love to finish it off by knocking another accomplishment off my bucket list and that’s the Race for the Cure series! The past two seasons have probably been my most enjoyable ones, even with COVID and all the restrictions. We have been able to maintain and add a few valuable sponsors and we have even added to our crew. Having a dedicated team behind you makes all the difference. If you can cut your shop time down during the week and spend time enjoying life, it makes being at the track more relaxing and enjoyable! It has shown with our performance on the track week in and week out.”

This was not the final paragraph in this script as Ryan would notch off one more thing on his bucket list and go on to capture the Race for the Cure series title as well.

Close friend and confidant Cory Wheeler stated, “Ryan has been very talented at almost everything we did as kids growing up. Ryan is one of the most patient drivers you will see.  I think the guy could go three years on the same body. So happy to see him win the track championship and the Race for the Cure! It was so special for both of us to do it in the same year.”

We can’t finish this story without a few thoughts from Ryan’s mom, Linda, who has been there through all the highs and lows. 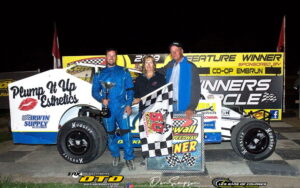 Linda stated, “Ryan started racing at a young age. He started out racing four-wheelers and dirt bikes then go-carts, Pro-Stocks, and now Sportsman. I have seen him through a broken toe, broken arm, bruised kidneys, bruised collar bone, multiple concussions all while dirt bike racing. When he said he was going to race dirt cars, I figured well a car should be much safer. Well, that was not the case as I have seen him get wrecked, roll his car twice, do a nose stand with his car, fracture his back, not once but twice. So as a mother to watch him race no matter what his age is hard…really hard.

“I don’t watch half the race when I’m at the track, but I still go to every race to give him my help and support. Ryan and his crew work hard on a limited budget and provide him with the best car they can. So, for him to win track champion as well as the Race for the Cure series championship with such strong competition, is awesome. For Ryan and his buddy Corey Wheeler to both win track championships in the same year was epic. Hopefully next year Ryan will have just as good a year. We thank our pit crew for their time and dedication and thank Ryan’s sponsors because without them he would not be able to continue in a sport he loves. It’s not just the racing that brings him back every year, it’s the friends he has made along the way.”

For Ryan, he has finally reached the pinnacle of what he set out to do back in 2008, or maybe as far back as his schoolyard days, in either case, it is a moment he will never forget.

The Championship Team members include Clint, Kyle, Adelard, Brandon, Dena, Justin, Linda along with Junior crew member Breckin. We must not forget Fred, who faithfully washes the car each week.