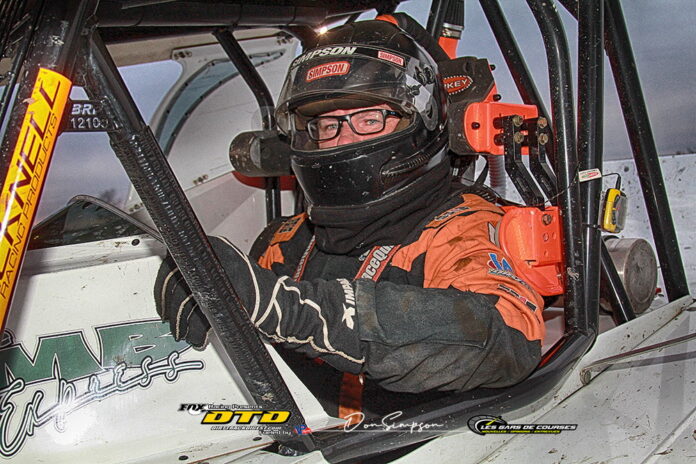 Most who follow the world of DIRTcar racing have heard the name Brad Rouse, and rightly so, as one only has to look at his race stats.

Being a race car driver, however was not his first choice in his career path. Hockey was until injuries came into play. Brad’s first taste of racing came while helping his dad who was working with the famed Willard racing family at the Merrittville Speedway.

Back in those days, racing was the thing to do, and for a young teen to be at the track each week helping with some of the legendary teams who raced locally at Merritville and Humbertsone, was inspiring.

In 1986, Norm and Brad changed things up a bit. Brad began racing Karts, all the while still helping out at the track with the Willards along with the Pete Costco car. 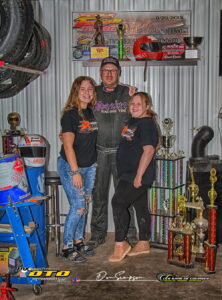 Brad continued to race Karts until 1990.  At the age of 17 he jumped into the Sportsman Modified ranks after purchasing a car from Bill Willard. The car was a 1987 Gremlin, with a Troyer chasse, a classic combination in its time.

Once the racing season was over, it was on to hockey, the sport he most loved and was very good at. This routine continued throughout his teen years until injuries playing the game on ice guided him to the road he is on today.

The next few years, Brad honed his racing skills mainly at Humberstone and Merrittville Speedway. This team was truly a unique, family-run operation, as the equipment was purchased by family members. For instance, Dorothy, Brad’s grandmother, bought the trailer to haul the car. Norm, Brad’s dad, owned the truck that pulled the trailer, while Mary-Beth, Brad’s mom, owned the motor — a true family race operation.

The 1992 season had some good results, the most notable was when Brad captured his first win at Merrittville Speedway. That first win molded Brad into becoming one of the best Sportsman Modified drivers of all-time. This took many years of hard work, as to run a winning team is an expensive and time-consuming endeavor.

For the next two decades, Brad continued to race and rack up the wins, but work was consuming much of his time as he was working in the electrical field. Later he turned things 180 degrees and started installing windows and doors as a subcontractor which helped fund his passion for racing. 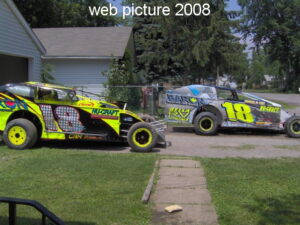 By the late 2000s, Brad was well established with his work, giving him more time to race at the track.

By 2009, Brad was a consistent top-five finisher in the points battle for the track championship at both Humberstone and Merttiville, but this was just the beginning of better things to come.

The year was 2011 and all the stars were in line. Brad picked up nine wins that season along with the track championship at both Humberstone and Merrittville. 2011 was a transition season that defined the team going forward, they proved they could run with the best and win.

Brad explained, “We built a brand new car that year with a good friend Dave Osborne. We then maintained it well all season which really helped.” 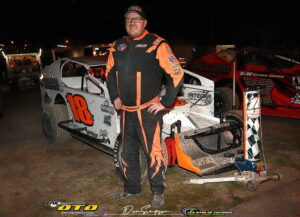 Two years later, Brad would bring his number 18 car across the finish line to capture the biggest race of his career, the 2013 NAPA Auto Parts Super DIRT Week Sportsman Modified Championship 30. Not only did Brad win, but he did it in style. First, by finishing second in the Last Chance Qualifier, then racing his way from 22nd in the feature to take home the win.

For the next few years following his big win at the Moody Mile, Brad struggled. Things were just not falling into place in respect to their racing program. All that changed in 2015. The team won 11 feature wins along with the runner-up spot in championship points at Humberstone and Merrittville Speedways. Brad capped the season off with a second place in the DIRTcar Sportsman series.

Twenty-sixteen was equally successful as Brad once again captured the track championship at Humberston. With 13 season wins, the team also came home with the MR. DIRTcar title. That was not all which made the season one of the best to date as Brad captured his 100th career win in July at the all Canadian 50 race at Humberstone Speedway, a milestone moment for any racer if you think of it and Brad savored every moment in victory lane. 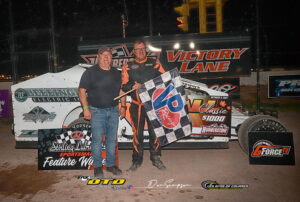 Success continued in 2017 as Brad won two more track championships, one of which was at Freedom Speedway, a new track for Rouse to race weekly. The other, closer to home, at Merrittville Speedway. Rouse would also come second in points at his home track of Humberstone. The team also racked up a whopping 16 feature wins, the most in one season for the St Catherines Ontario team.

In 2018 Brad added another 10 feature wins and another championship at Freedom Speedway. In the 2019 season, Rouse and the team added other three-track championship notches to his belt, from Freedom, Humberstone, and Merrittville Speedways, with an additional 16 feature wins to his tally.

Things came to a grinding halt in 2020 as the world dealt with the COVID-19 pandemic. For this team, there was little to no racing as restrictions were brought in by heath officials, closing borders to the south while limiting the amount of racing, for all in the sport. Rouse did manage to get four wins out of the limited racing season. 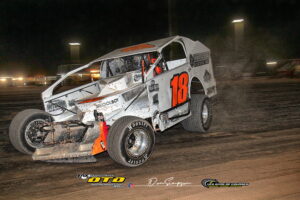 The return of racing at most tracks in Canada in 2021, with the Canada/USA border closed and with health restrictions, did not slow Brad and his team. He won nine feature events over the season and finished third in points at Humberstone and Merriteville.

The biggest disappointment was the fact he and the team could not go stateside, especially when it came to Super DIRT Week.

Brad sated, “Dirt week is very special to me as I met my wife Amanda there, won the biggest race of my career there. The whole week is like a big family gathering and to miss it again this season, was a big disappointment. We will be there in 2022 for sure.”

With 162 feature wins and nine-track championships on his belt, what’s next for Brad Rouse moving forward? Well, that is anyone’s guess, but I am sure Brad will make his presence known even more so in the years to come   .