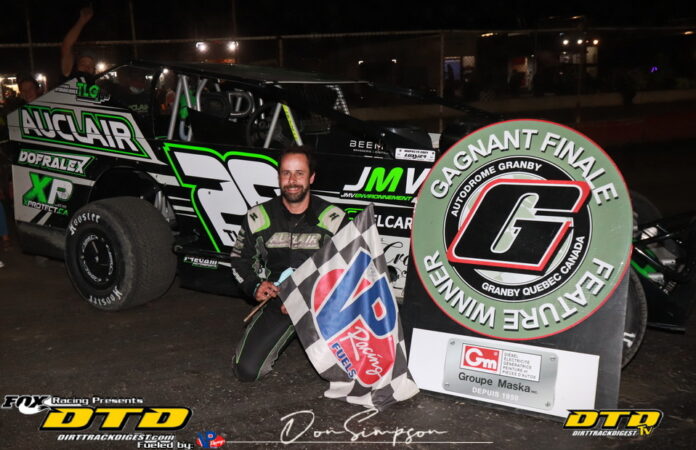 Steve Turcotte did not imagine capturing the track championship at his home track of Autodrome Granby at the start of the season, but he did. The Sainte-Cécile-de-Milton driver had foreseen himself as a top-five driver looking to finish each race clean and in one piece. 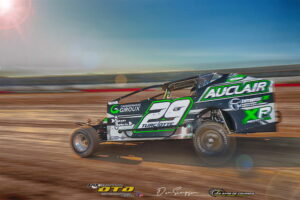 Early on in the season, the now 43-year-old veteran driver got off to a slow start, but things changed quickly by race number four at the annual Quebec Bowl.  Steve parked his No. 29 machine in victory lane. This would be a decisive win for Steve, as the hard work over the past years clearly showed how well tuned the team had become. It was also Steve’s first-ever win in the Sportsman division.

Steve said, “Yes, finally all the time spent working on the car to be better and faster finally is paid off that night.”

After that first win, Steve and his team worked like a well oil machine, bringing home two more feature wins at Granby.


This season’s points battle was very tight within the top four contenders. Samuel Charland, Mosie Page, and William Racine were all in the mix with Steve fighting for the title. However, after 12 races, Steve was crowned champion with just 24 points separating first place to fourth.

It’s been five short years since the team’s inception and now they have a championship trophy resting in their shop.

Team owner Phillippe Imbeault is overwhelmed by this year’s results.

“We indeed had our best season since we started racing. Steve was finally rewarded for his efforts both in the garage and behind the wheel. Even luck has been with us on occasion! Of course, we must not forget the whole team as they helped put the cars at their best every night. For 2022, we will do Granby every Friday with three cars, Steve, Aryanne, and Sean.”

Steve got his first taste of racing back in 2011-12 in the Sports Compact division. Later he would move into the Sportsman division after a night out at the races with Phillippe. As the two watched the big-block race at Autodrome Granby, the idea of the team was born. 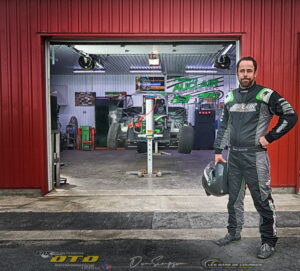 Two-thousand-seventeen became the first full season for the team. Five years later they have their first tile.

Steve gave  his thoughts, “It was a dream season for us when you finish first in the point standings and look at all the good drivers behind you. You truly realize we’ve done an awesome job. We also had a good result at Cornwall in the Fall Showdown, where all the best drivers in the country were there! With Ary and Sean showing a lot of improvement all season long, I’m sure that team Auclair will continue to have a good result.”

Twenty-twenty-one was without a doubt a banner year for Turcotte as he proved. He has honed his driving skills well. As for the team moving forward, the talent Steve possesses will permeate through to the team’s other drivers, Aryanne and Sean. In time, they may position themselves as one very potent team — three drivers guided by Phillippe and the rest of the crew Christophe Hetu, Frédéric Gamelin, Josianne Poirier, Michael Richard, Guillaume Cayer, Richard Kevin, Dubé Letendre, Victor Boudreault, André Poirier, Dominique Verville, Laurie Turcotte, Maïka Turcotte and Yvan Leclerc.