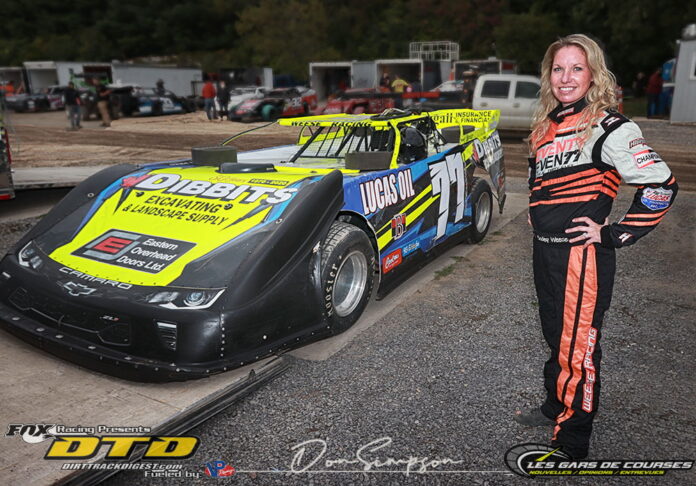 Tenacious, I would say is the one word that describes Caley Weese, a racer that never gives up. 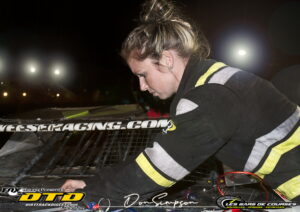 I first met Caley some 11 years ago. She was 23 at the time and eager to learn anything and everything about late-model racing. The team that day consisted of herself and her dad, affectionately known at the time as Big Bill.

It was day one of the final points weekend event at Brighton Speedway, the Annual Labor Day Classic, which besides Applefest, is the biggest event of the season. 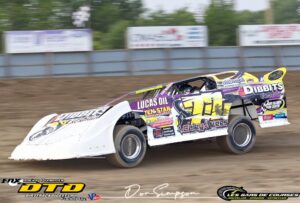 Caley, still new to the Late Model division, as she only began racing Late Models in 2009, finished fifth that day in the feature. Not bad for what most would consider still a rookie in the sport, as the Late Model division is a very demanding, technical class. Eleven years later, Caley is still tearing up the clay at the Brighton Ontario Speedway.


This passion for racing was born from attending a race one evening at the speedway alongside her dad. 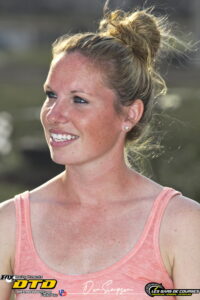 Caley explained, “My racing career would not have been possible without my father. He helped me from the beginning and always stuck by my side as a mentor and my biggest supporter. There are no words that could ever thank him enough. In all of my years racing, I’ve missed more races than my dad has!”

From that one event, Caley has never looked back or lost the drive to the race.

Caley’s first race was in the Mini-Stock class and she raced this division for a few years. Caley went on to win the 2004 track championship at the Brighton Speedway.

By 2007, Caley progressed into the Pro Stock/Street Stock class and, by 2009, was behind the wheel of her first Late Model. 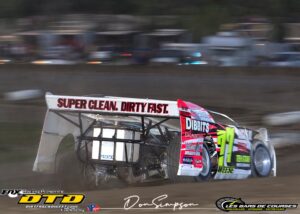 Twelve years later, Caley is still racing her Late Model at Brighton, but with a more updated car. The years between then and now were both about learning and rewarding. From racing against the best in the world when it comes to Late Models, Caley is one of the very few females to ever qualify and race the feature event when the World of Outlaws Late Models made their appearance north of the border. She also ran races with the Rush Late Model Series along with the Go Nuclear Late Model series. 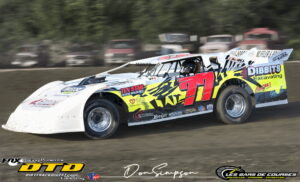 Caley’s busiest seasons were 2013 to 2015, where she raced weekly at both Brighton Speedway as well as Can-Am Speedway. In 2015 Team 77 raced weekly at Brighton Speedway along with some part-time races at Can-Am. She also competed in the Go Nuclear Late Model series over this period. All-in-all, Caley achieved some great results in the final points battle at each track: considering the team was in most part her and her Dad Bill. 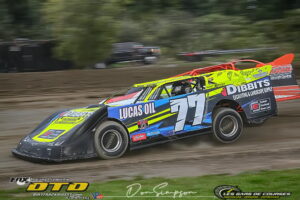 It was back to basics in 2016, with the cost of racing getting higher, plus Caley getting married to her partner in life James Seymour. Racing that year was a bit on the back burner as the two settled down to their new chapter in life.

Today, Caley, her dad, and her husband James, continue to race weekly at the Brighton Speedway. This season the team finished sixth in points in the Late Model division, a great result given some very tough competition. The highlight of the season was picking up the feature win on the final points weekend at the Annual Labor Day Classic.

“Our Labor Day Classic win was an awesome event to win. It was a long time coming but we’ve enjoyed the ride just the same.” 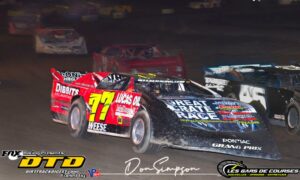 The final race of the season at Brighton was once again was the Annual Applefest Shootout weekend, a non-points race for the Late Model but has a good payout to win.

I met up with Caley to watch her race as I did some 11 years earlier.

Night One was time trials and heat races and Caley had the best time in her time trial group with a 4th place finish in her heat race. In the Dash for Cash, Team 77 crossed the line in third place, capping off the first night of racing.

It was nice to spend some time with Caley and her team as I reflected on that first time, I covered her racing. It is evident how good a driver she has become and how consistent she is., which is something a lot of teams can not achieve. It’s not always about a win, it’s about loving what you do, Caley explains “I love racing, not only for its competitive nature, but it’s an entire world of people that form a tight community of friends that help each other in any way they can. That’s very special in today’s world.”

So what’s next for this 35-year-old racer?  Only time will tell. As the past has shown us, Caley Weese loves to race. I’m sure she will race as long as she can until she decides it’s time to hang up her helmet, which will be a sad day for her I’m sure.