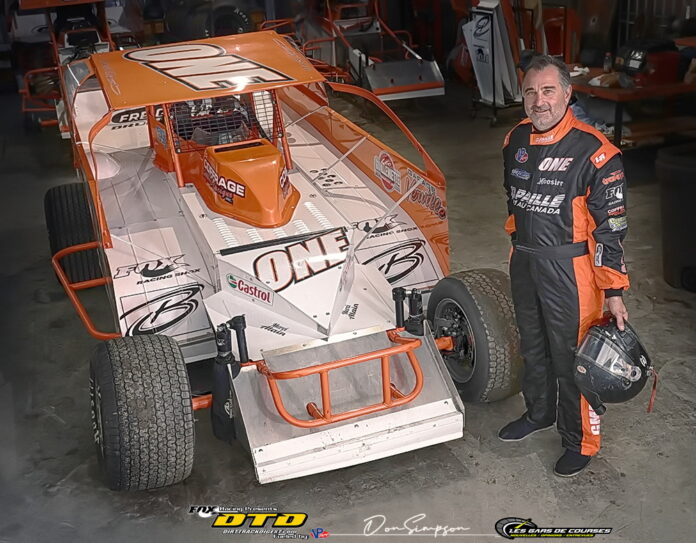 This is the fourth consecutive year, that Mario will be a member of this prestigious team as a team driver at select tracks. 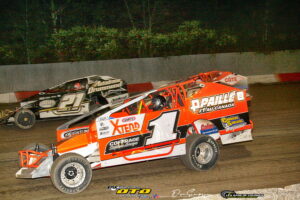 The team’s second car will be driven by Clair at RPM Speedway, a track he is well acquainted with.

They hop ve to repeat its successful performance from the 2019 season where they finished one and two in the championship, with Hebert being crowned champion.

Despite several good teams they will need to contend with, the announcement of Steve Bernard and Michael Parent to concentrate on the Super DIRTcar Series may whittle down some key players this season at RPM.

Mario joins long-time team driver and team owner David Hebert. This dynamic duo will soon plan their angle of attacking the competition at the Sant Marcel track once Mario’s car is off the assembly jig.

Last season, Mario campaigned the team’s second car at the Autodrome Granby, capturing two podium finishes along with a fifth-place finish in the final points standings.

The two will bring a great deal of experience to the Paille-sponsored Team ONE stable and will present a one-two punch at the RPM Speedway.

“I am very happy that Mario is back with us once again. He is a good friend and I am sure Mario will have a good season with us in 2022,” explained Hebert.

Mario, the 2015 RPM track champion, is no stranger to the Sant-Marcel Quebec track, located just a few miles from his hometown of Drummondville Quebec. Mario knows this track well, and aside from winning the track championship in 2015, Clair has finished in the top three in points, four times over the past decade.

“I’m really happy to be back with the team this season. We have a good connection and I look forward to bringing the No. One car to victory lane this season and hope to challenge for the championship,” Clair expressed.

In 2022, the 49-year-old driver will celebrate 30 years behind the wheel of a race car. Mario was just 19-years-old at the time when he began racing. Having won the Street Stock class, Mario quickly set his sights on the Sportsman Modified class, and then onto the Big Blocks Modified class.

Generally, drivers progressed in this way back then since there were few, if any, small blocks. You either transitioned to big-block Modifieds or did nothing. As a result, Mario brings a great deal of experience to the Team One shop.

David Hebert and Mario Clair, both seasoned drivers, have always had good working relations, and this season’s racing program could see more collaborations between them.

Regardless of the final deal, Mario will bring his best on every race day, as the team hopes to repeat their success of the 2019 season at Le RPM.