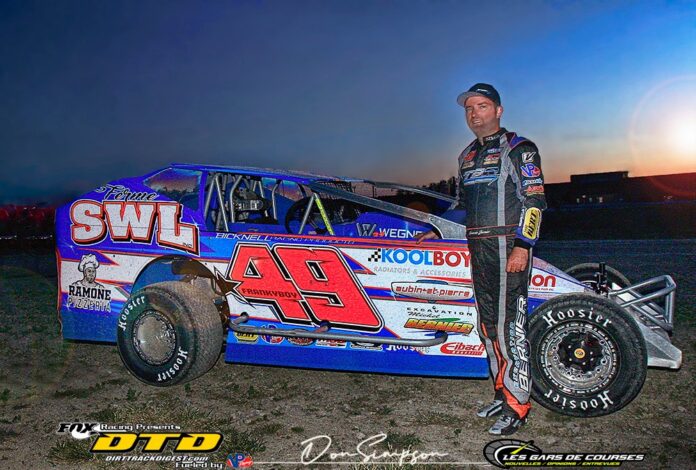 In a forward vision, Francois Bernier set plans in motion for the 2022 season. Francois imagines the possibility of moving to the Short Track Super Series in 2023. This would be the biggest step that the TBR team has ever taken.

The 39-year-old driver from Saint-Hyacinthe, Quebec, is preparing hard for the upcoming Chevy Urban Challenge at the Grand Prix de Trois-Rivières in 2022 as well. While this is just one race, it is one of the most prestigious in North America since it is the longest-running city road course circuit in the country. This circuit began in 1967. To win this special event, the Urban Challenge, introduced last season as a part of the GP3, would be historic for Francois and TBR Racing. 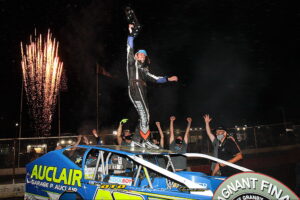 The veteran driver is also looking to expand the TBR drivers’ mentorship program, which was launched last season. Raphaël Lessard came on board with the program in early June, with his first race behind the wheel of the TBR Racing, with the Modified on June 25 at the Autodrome Granby. Lessard raced five events at Granby and consistently improved at each race. Francois accompanied Raphaël on this adventure, mentoring him throughout the entire process. Steve Bernier, Francois Brother, resumed the mentorship process at Cornwall during the fall events.

Francois explained, “In Raphaël’s case, the context in which he found himself made us grab the opportunity to have him try racing on clay, and I believe it has paid off since we plan to repeat the experience. In 2022, we’ll be doing the same for our other TBR customers, and we’ll be working directly with each team to help them improve their outcomes.”

Francois’ main priority, though, remains the 358 Dirt Modified program, recovering from a bit of a disappointing season last year. Francois won the Autodrome Drummond Track championship, but his heart is still at Autodrome Granby, where he has captured five track championships in the past decade. 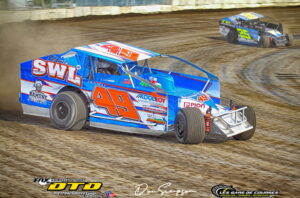 Francois only made the podium three times last season at the Grand Prix in Granby, none of which were wins. It was a struggle to keep up with rival team “ONE” and David Hebert, who won the track championship at the Autodrome for the sixth time.

Deeply competitive, but with a restrained demeanor, Francois is a skilled driver who began his career behind the wheel of an ATV. In 2002, he won the winter ATV championship.

He’s also dabbled in drag racing, competing in the Sportsman Modified and the Legends class at St Eustache. Francois raced 360 Sprint Cars for a brief while in 2009, with Steve Poirier’s backup car, getting the green in the ESS features at Granby and Drummond.

Last season he had six podium finishes, three of which were wins. Francois is hoping for a better season in Granby this year, but he never takes anything for granted, given the tough competition. He and his team are putting extra work into car setup and track efficiency.

Francois said, “Last year I had a good season, but not up to what I am capable of accomplishing. This season, we hope to equal the number of championships in Granby with a sixth title.” 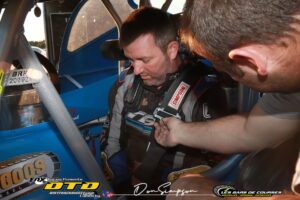 As for the future, Francois is looking to the 2023 season and has been considering increasing TBR Racing’s presence in the United States and racing in the Short Track Super Series North Region. In addition, he is looking into racing in some of the DIRTcar series.

He said, “We are looking closely at our future and interest in either racing the Short Track Super Series or the DIRTcar series for 2023, but we will evaluate our schedule this fall.”

For the Saint-Hyacinthe team, this would be a big move in this regard and would also gain much more visibility both as a team and on their racing products. Francois explained his vision, “The best drivers are all there, and it is through racing against the best that we become better!”

There are some big ambitious ideas and plans in store for Francois in the coming seasons — a vision he has been working on for some time. Francois will, no matter what fate has in store for him and the team, leave his mark on the track.