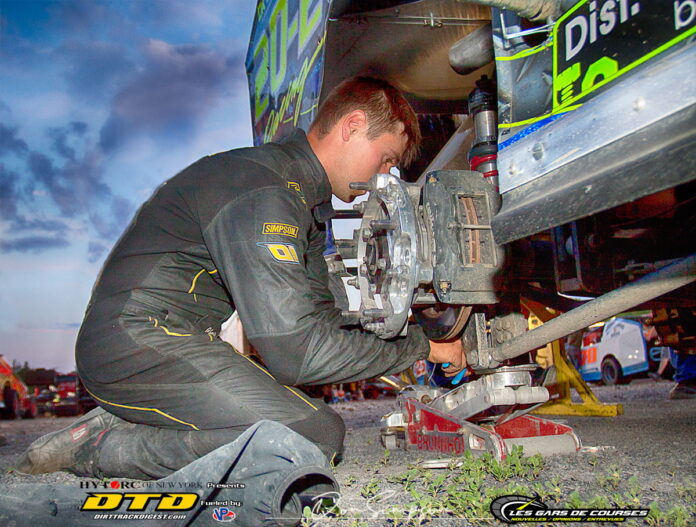 Chris Raabe has quickly made headlines in recent weeks with three podium results (two feature wins and a second) in his last three events. For this small team that works hard each and every week, it is nice to finally see their efforts paying off in spades.

Raabe, a 12-year veteran of the 358 Modified ranks, first tasted victory in the division in 2010. It was at Super DIRT Week in 2010 where the switch from the Sportsman ranks to 358 Modified was made. Raabe leaped at the chance to compete in the 358 class that week when Perry Francis offered him a ride. Raabe won the 358 Modified feature race in just his second outing in the division, qualifying him for Super Dirt Week’s “Salute the Troops 150.” He then subsequently qualified his own Sportsman for the Sportsman feature in the ninth starting position. However, it was the switch to 358 Modified that allowed Raabe to truly showcase his talent behind the wheel in the years to come.

Raabe, has been racing since the age of eight, is no stranger to victory lane with over 172 wins under his belt. But even a well-honed racer like Raabe experiences slumps in one’s career and must struggle through such times. Raabe suffered this very situation in the last two year . 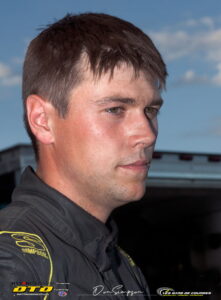 In 2019, the team took possession of their new Teo Pro Car chassis after coming off a banner season in racing with eight trips to victory lane, with another track championship at Mohawk International Speedway. The team was hoping to keep ahead of the sport with new chassis technology. However, things did not go as planned and the team struggled as a result.

Finally, things started to congeal for the team late last season, as the team began to show the direction they were headed when Raabe won at Humberston Speedway. The final race of the Canadian Nationals Series at Cornwall Speedway showed the sheer talent of what he can do on the track when all the stars are in line. Raabe raced his way to the podium after an amazing drive through traffic, from his 28th starting position. 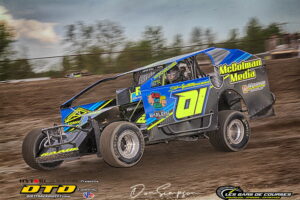 Things seemed to be back on track at the end of last season, but to keep ahead of the game, the team opted to reconsider their race program this past winter.

Raabe said, “We have undoubtedly struggled during the last two seasons. This winter we acquired a Bicknell chassis to get on board with the same chassis program as the majority of the field.”

The car set-up has remained about the same since 2018, but with some final tweaking. The move to a Bicknell chassis was the biggest move the team has made in recent times and would appear to be paying off.

Raabe mentioned, “We have been on coils and left side panhard since about 2018, so nothing has really changed there. But in terms of chassis setup, Bicknell obviously has had a really strong program over the past few seasons.” 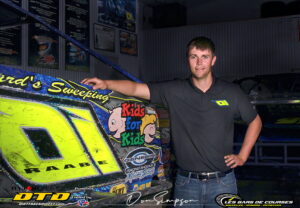 As for the team’s engine program, it will be the static Quo with RL Engines.

“Our engine program for the last four or five seasons has been with RL engines. No changes in terms of the engine package. Our motors have been reliable and well built throughout our time with Rene Lessard.”

The season is still in its infancy with only a few regular points races in the books at most of the local tracks that Team 01 might call home for 2022. But with the cost of fuel, along with a severe tire shortage, the general cost of living which has sharply increased over the past few months, these factors might influence where or how many tracks Raabe and his team will compete this season.

We plan on running Mohawk on Fridays and Cornwall on Sundays,” stated Raabe.  “We will likely hit Brockville as often as we can, providing the tire shortage allows.”

If past weeks are any indicator of Teams race program for 2022, Raabe would appear to be in good shape. Team 01 has a top-notch car along with a strong powerplant, not to mention one of the best 358 drivers in the business — a combination that will surely bring home additional podium finishes as the season unfolds.