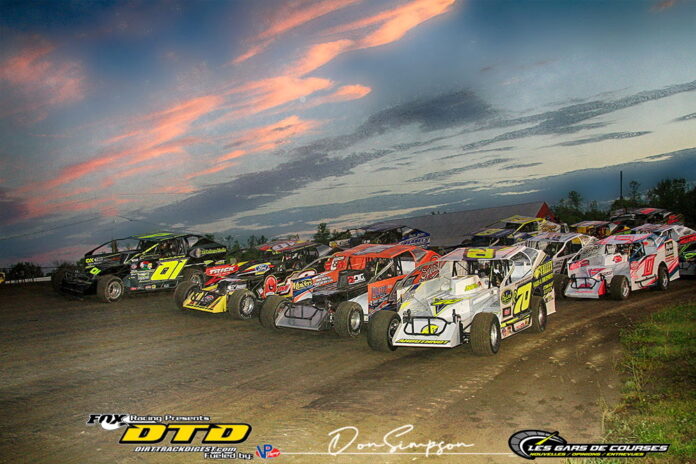 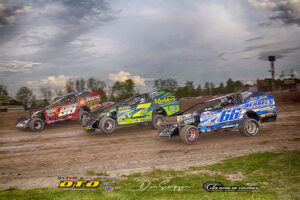 BROCKVILLE, ON – On Saturday, June 11, the Brockville Ontario Speedway will be gearing up to host the first round of the Ogilvie’s Auto & Fleet Triple Crown series for the 2022 season.

This the ninth season of Ogilvie’s Auto & Fleet Triple Crown. The series began in 2013 after Paul Kirkland and Mike and Vicki Ogilvie worked out a sponsorship deal for a three-race series that included both the 358 Modified division and the Sportsman Modified. 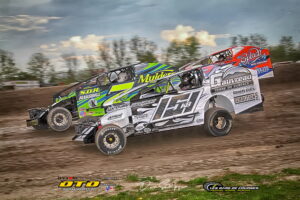 On this night there will be four classes in action on the schedule: 358 Modified (50 laps), Sportsman Modified (40 laps), Novice Sportsman, and, Street Stocks.

This event will bring out all the track regulars plus a host of invaders, all in the hope of challenging for the Triple Crown title in the Modified and Sportsman divisions. 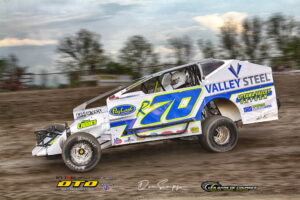 In the 50-lap Ogilvie’s Auto and Fleet Triple Crown series for the 358 Modified division, Ryan Arbuthnot, the defending track and series champion, will join in this first round to defend his title.

Last season’s series was the most competitive since the introduction of this challenge back in 2013, but in the end, Ryan inched out the win over Kyle Dingwall and Brian McDonald.

Ryan explained, “We are looking forward to defending the Ogilvie title. I am really fortunate to have something special to race throughout the season. Kyle, among many of the Brockville regulars, is capable of contending for the title. Hopefully, we are in a position at the end of the year to capture the title again.” 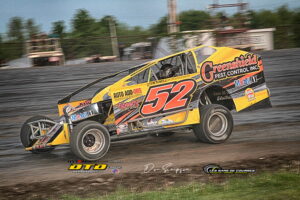 Jessica Power will be back to defend her Ogilvie’s Auto & Fleet championship for the Sportsman Modifieds against all challengers in the Sportsman ranks. Last season’s final, Bobby Herrington who won the first race of the series, was leading in the points going into the final event. But in a nail-biter finish, Jessica Power inched ahead in points in that final race to take home the title.

For Paul and Cheryl Kirkland, who have worked tirelessly over the past weeks to get things underway — battling weather conditions along with unforeseen situations on track operations — hosting this popular event once again will truly signal the summer racing season is back in action along with no COVID restrictions for the first time in two years. 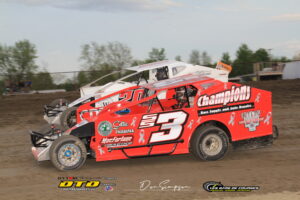 Paul said, “We are finally back to normal here at the Brockville Ontario Speedway after two years of restrictions. The past few weeks have been great, with the start of our 54th season.  But we are looking forward to hosting the first round of the Ogilvie’s Auto & Fleet Triple Crown series which has always been one of our fan-favorite events. With last season’s series being the most competitive ever, even with all the restrictions in place from the pandemic, this season’s challenge will be even better. I can’t thank   Mike and Vicki Ogilvie enough for helping create such a great series here at the Brockville Ontario Speedway.”
. 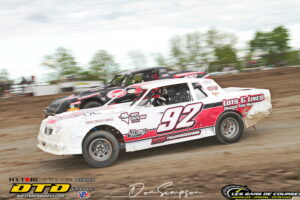 With a stellar field of competitors, this first round of the Ogilvie’s Auto & Fleet Triple Crown series will be one you won’t want to miss. Pit gates open at 4:00 p.m., with a race, start at 7:00 p.m. Racers set your calendar for Saturday, June 11, and head on over to the Brockville Ontario Speedway for a good night of summer racing