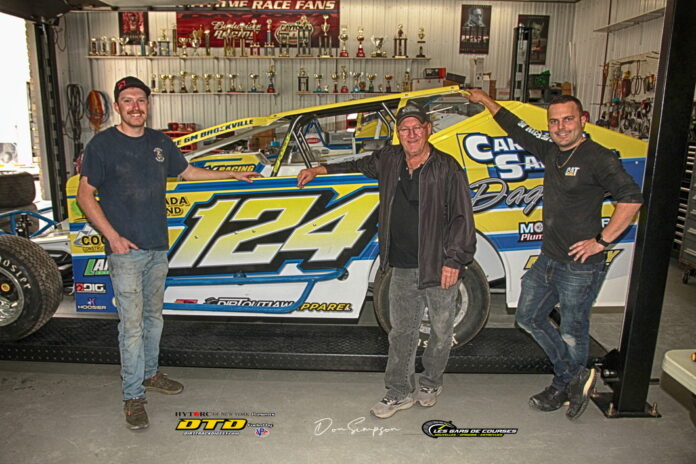 The name Pierre Dagenais is well known in the world of the 358 Modified class. For many years, this well-known French driver dazzled spectators with his one-handed driving prowess as he competed against the finest in the sport and frequently prevailed.

In recent times, Perrier has brought Luke Whittaker into the Dagenais Racing fold. The two pilots first met back in 2010 when the two raced against one another at the old Autodrome Edelweiss. 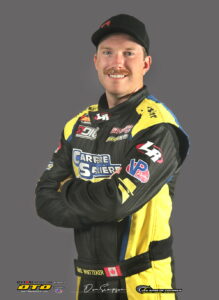 Over this past winter, the two worked out a joint venture where the renowned number 124 Car, once piloted by Pierre Dagenais, will be passed on to Luke Whittaker. The deal saw Pierre snatch up Luke’s existing car, which expanded the operation by having two cars at their disposal. With two cars in the stable and the fact that Luke brought his team members with him to the Dagenais camp, the 124 Team now has all the tools needed to create a winning combination.

The team plans to run weekly at Autodrome Granby and Cornwall, and by-weekly at Le RPM and Autodrome Drummond as these tracks alternate as part of the schedule.

It has been a long road for the seven-time Autodrome Edelweiss track champion, Pierre Dagenais, to get to this point in his career. Pierre started racing at the age of 38 and, 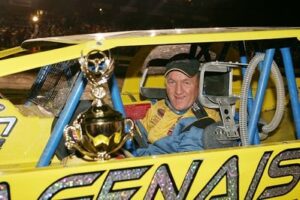 ironically, started in the Modified division and only ran three events that first season in 1991. But the following season Pierre quickly put his mark on the division-winning two feature events that year.

Bob Barefoot McCready, a close friend, Pierre would study the fundamentals of racing from car setup to weekly maintenance to driving technique. The two were inseparable in the pits when they were both present in the same race. In some instances, Bob would pilot Pierre’s car which was nerve-racking for the then postgraduate car owner. “It was more difficult to watch Bob drive my car rather than when I’m behind the wheel,” Pierre explained.

Even to this day, the two competitors are still close even after they have both stepped away from driving. 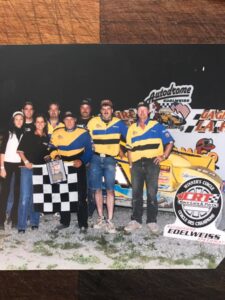 Once the renowned Autodrome Edelweiss track closed, Pierre would hang up his helmet and stop competing full time, but for special events. The 57-year-old racers had already accomplished everything by that point, including competing at the Moddy Mile in Syracuse and winning multiple championships at Edelweiss.

Pierre ended a more than a 20-year racing career in 2014 when he took the difficult decision to put his helmet away for good.

Pierre is no longer a driver, but he is still a key figure in sports today as a car owner who has been running the number 124 car in recent years with a series of hired gunmen.

But this recent deal between the two veteran racers allows Luke to take his racing career to the next level. For Luke, his journey began back during the summer months of 2005, competing in Kart racing at the local Brockville Speedway, along with racing indoors at Syracuse, NY, in the winter months. 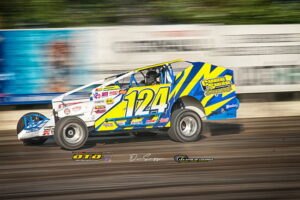 Luke continued to move forward with his racing program, transferring to the Sportsman Modified ranks, and attending the Pete Bicknell Racing School in 2008 and 2009. A few years later, he attended Race 101, a school based in North Carolina where he received top honours upon graduation.

In 2010, Luke in his inaugural year in the 358 Modified class was awarded Rookie of the Year by DirtCar at the annual banquet. Luke racked up 10 top-five finishes along with two wins at the now-closed Autodrome Edelweiss. 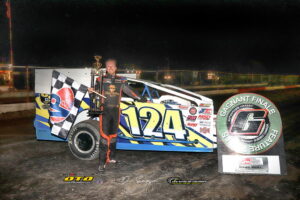 championship. Luke then set the track record – 17.863 seconds at Autodrome Granby behind the wheel of the 124 car of Pierre Dagenais in late 2020.

We move forward to today and the 2022 season. Even though the team has had some early difficulties, it is now in fourth place in the Autodrome Granby’s points race and continues to work hard on their race program.

In the long run, this new agreement and, practically speaking, a new team, will form a potent alliance. While getting there might take some time because new experiences typically take some time to settle in, once things are sorted out and the racing program is determined, this team’s potential is virtually limitless.