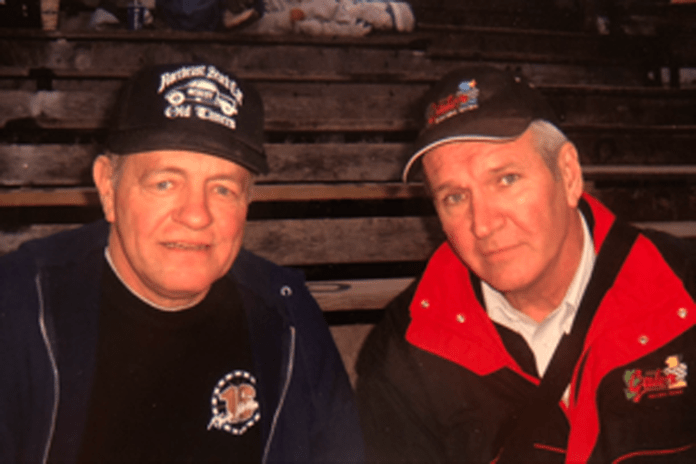 Wow, what a month of April for us.  Ed tested positive for COVID-19 and we were put on quarantine for two weeks.  We were released by Schenectady County Health Department Sunday, April 26, and are still on the mend.  It’s something that also took a huge toll on our family, five members of the Biittig family were taken home to the Lord in 37 days.  One who was taken was Ed’s brother, Rich, who many of our readers may have met at one time or another.  He was the one that got Ed interested in racing and they remained race fans for life.

Throughout this whole ordeal we have relied on our family, friends and the racing community and they have come through with encouraging messages on Facebook, prayers, cards and phone calls.  We are so thankful to everyone for anything that they did to show their love and support.

Now let’s get to what’s happening now.  Word came by social media that there were cars on the track at Fonda on Saturday so we reached out to Promoter, Brett Deyo to get the story.  He said, “ We were running a trial with limited cars and county observations to try and get approval for future track rental days.  So far the county is very happy with what we are doing, so hopefully we can do more.  We will know on Monday.”  We will keep everyone updated as soon as we have more information.

Later Deyo posted an interview he did with local ABC, Channel 10 saying that when Gov. Cuomo announced on Saturday that Watkins Glen International could reopen as soon as June1, he gained some optimism.  He said that being a seasonal business his goal is to open before the whole season goes by.  He furthered explained that Fonda is only able to open 20 times a year, with 365 days of bills, that’s a small window of opportunity to make money to pay the bills.

Deyo has submitted a three-phase reopening plan to the government, starting with practice sessions, followed by pay-per view events and the actually opening with limited seat capacity.   He continued saying, he would adjust operations to ensure the health and safety of those drivers and their crew members.  He’s waiting for directions and guidelines. 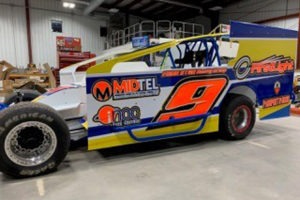 On Monday evening another post popped up on the Fonda Speedway Facebook page with the answer that came from the county on Monday morning or more appropriately, the Governor’s office.  The Governor’s office said that NO speedway in New York State is permitted to host any on-track activity until further notice.  Local officials are fighting on Fonda’s behave to get the decision overturned.  Keep posted for updates in the days to come.  At this point that’s all we can do, keep checking for news of any changes.  ‘

While we were on the mend we did try to get information on some of the local race teams and their plans for 2020 and one that we can always count on to send us information is Jim Becker of J&J Racing in Middleburgh.  Jim began racing in 1993 and since then has become one of local racing biggest supporter, always doing much for up and coming young racers with his Racing to Learn program.

Jim currently lives in Guilderland with his wife, Carolyn and two children, Megan and Jacob.  Jim’s racing takes a back seat to the many other duties as a husband, father and telecom executive at MidTel.  But he still finds time to get some racing in every year.  This season his plans include primarily racing at Afton Motorsports Park and an occasional, Short Track Super Series event.  He was at Afton on Saturday as part of their practice sessions offered to drivers for $150 per two-hour session.  Jim said he tried five or six different set ups, mixing up some stagger and left rear weight along with some shock packages.  He was very please with promoter Ron Ford’s crew and the accommodating way he and his team were treated.

He has always driven and No. 9 and that number that he currently runs on his Modified has a two part story of origin.  As a kid, Bob McCreadie was his favorite driver and the first car his parents purchased was a Ronnie Holmes Street Stock numbered the No. 9.  Ronnie was moving to Sportsman and switching to his father, Ralph’s, number, 82.  Since Becker was going to be running the Outlaw Circuit, (Fulton, Utica Rome and Brewerton) they knew the number was available so they kept it. 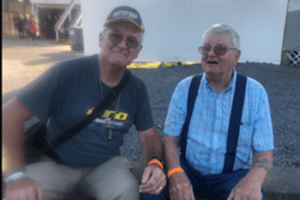 Long time driver, Dale F. Wolcott passed away on April 20 at his home in Schenectady.  Dale had a lifelong passion for racing and the mechanics of the sport.  He raced his No. 96 at all three local dirt tracks, Fonda, Lebanon Valley and Albany Saratoga.

Other sad news came the same week with the passing of the legendary Wilfred “Link” Pettit, Sr., passed away Thursday, April 23.  Pettit, Sr., was inducted into the NYSSCA Hall of Fame in 2000.

his home in Vermont after a long illness.  Jelley was 79.

Butch began his career in 1957, racing jalopies on the dirt at Claremont Speedway in NH and went on to race at tracks in New York, Vermont and Southern Canada over the period from the late 1950’s to 2000.  Jelley sits ninth on Lebanon Valley’s all time win list with 31 victories and claimed one track title in his home state of Vermont at Devil’s Bowl Speedway in 1975 where he is credited with 14 wins.  Butch was inducted into the Northeast DIRT Modified Hall of Fame in 2005.  He was also inducted into the Lebanon Valley Speedway Hall of Fame in 1978 and the New York State Stock Car Association Hall of Fame in 2003.

Our memories of Butch are on the high banks of Lebanon Valley before we began writing and as fans you could not miss Butch in the Martin Riiskas Yellow X.  We also remember Butch piloting the Dickerman No. 357, and the Bruce Berger No. 26.

In 2018 while walking trough the pits at Albany Saratoga we noticed a familiar looking gentleman and discovered in was Butch Jelley and we sat and talked with him and reminisced the good ole days.  It was a special night for us, that we will never forge

More sad news came this week, when we got the call that Pro Stock competitor, Jim Groncki passed away.  We send our condolences to his family.

Within the past few months the racing community has lost many of its treasured members.  We send our thoughts and prayers to all their families and friends.