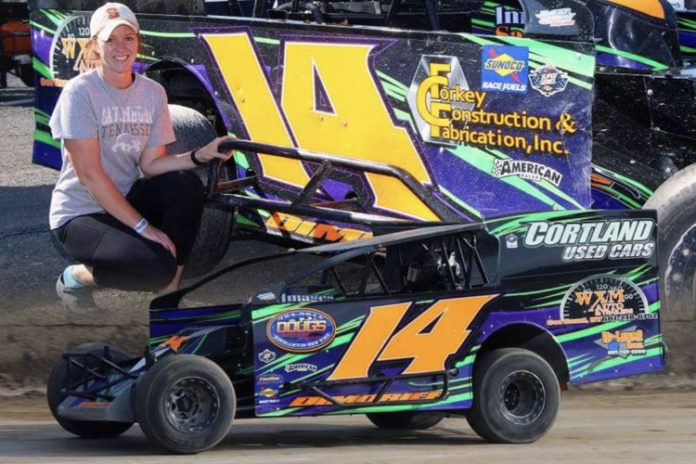 During Fonda’s 7 come 11 midweek show we spotted a Modified that was not familiar to us, a beautifully prepared No. 14 driven by Kailee Dimorier from McGraw, N.Y. That’s 112 miles from Fonda Speedway and quit a trip for her second time at the track. Kailee also made the trip for the Firecracker 50 show in July. 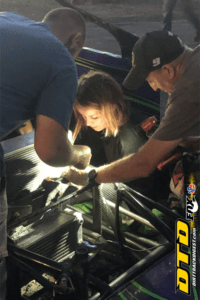 There were two people with Kailee and all were busy working on the car when we snapped this photo and Kailee was right there with them working on her HigFab chassis. Kailee is not new to racing, she began in Excel 600CC Modified, before moving up to Rookie Sportsman then Crate Sportsman and now Modified. She has raced at Outlaw Speedway, Thunder Mountain, Afton, Five Mile Point, Skyline and Penn Can, nearly 100 starts for a competitive young lady. Her record shows, three wins in Excel 600CC Mods, 12 top fives, and 14 top tens. In Rookie Sportsman she recorded six top fives, seven top tens, in Crate Sportsman five top fives and 19 top tens, and in Modifieds to date she has five top fives and ten top tens.

This young lady has paid her dues and is competing with some of the very best in our business. She is happy with what she is doing and is looking forward to following the Short Track Super Series next season. Kailee races as much as her job allows. She is currently a HVAC engineer at Intertek in Cortland, N.Y., and starting next week she is going back to college to become a registered nurse. She enjoyed her two trips to Fonda and looks forward to coming again in the future. 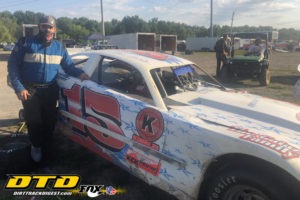 Beau Ballard of Grand Gorge has been having a great year in Pro Stock racing at both Fonda and Glen Ridge. Beau raced last season but says he was worried about the IMCA title at Afton and didn’t concentrate on the Pro Stock and also the car was tired and bent. This season he came back with a new car, loaded and ready to race with the Pro Stocks. He says that if not for the late race caution in the Hondo Classic at Fonda he thinks the race was his. At Glen Ridge, this season, he has one win and seven finished in the top four, something he’s very happy with. He’s got one more week for a 2020 win at Fonda and a few more weeks at The Ridge to get another. 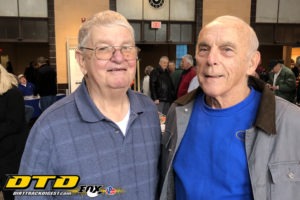 If you’ve never been to the Saratoga Auto Museum it might be a nice day trip during these unique times. We heard from the museum’s racing curator, Ron Hedger that there is a new exhibit, Dyson Racing, the Private Collection, and it’s been a big hit with the general public. Anyone with a fondness for auto racing and its history have especially enjoyed it. At the top of the list is a chain-drive 1913 Isotta Fraschini Tipo IM Indianapolis racer and the Jack Brabham driven 1961 Cooper Climax T-54 that started the rear-engine revolution at the 500. The Isotta is three times the size of the Cooper, but both feature impeccable workmanship that visitors get an intimate view of.

There are other race cars in this exhibit that will give attendees a once in a lifetime look at some historic auto racing machines. There is also a new mini-exhibit of nearly two dozen helmets featuring some unique artwork. Many autographed by NASCAR and Indy stars.
If you’ve never been you are in for a truly enjoyable experience. Also on display regularly is a complete section of Racing in New York that also features the New York State Stock Car Hall of Fame and is the home of the yearly Lost Speedways day at the museum held each year in November. Two of last year’s attendees, Butch Jelley and Dick Hanson.

Now open daily from 10 am to 5 pm with face mask and social distancing requirements in place, the Saratoga Automobile Museum is located on the Avenue of the Pines in the Saratoga Spa State Park. More information is available online at www.saratogaautomuseum.org.

For the 602 Sportsman at Fonda Chad Edwards sits atop the points followed by Joe Williams, JaMike Sowle, Brian Calabrese and Brian Borst.

Of the top ten drivers in Modified points at Fonda, only one driver has won this season, Stewart Friesen because Friesen has won seven of eight races the track as run this year and Jeff Heotzler won the other. If Friesen was at the track, he won.

We close and look forward to championship night at Fonda this Saturday, August 15.
Until next week please send all news and/or comments to biittig@yahoo.com.