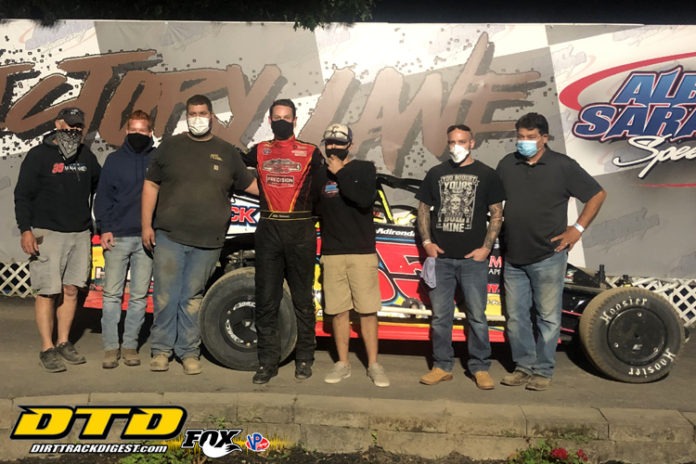 Before we get into this weeks column let us just say that even though we didn’t put the final leg of the OktoberFast events in last weeks column we do know that it will take place on October 11 at Weedsport, Sorry for the omission. 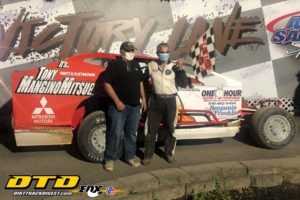 The winner of the Modified feature was Don Ronca, visiting victory lane for the first time since 2017, so to say he was happy was an understatement and he also held off Stewart Friesen who has been the man to beat when he’s been at the track in 2020. The Ronca family is a three generation racing family with Nick being the patriarch and always on hand to support his family.

The winner of the Sportsman feature was Tim Hartman, Jr., bringing his total wins this season to four and his career wins at the track to 27, putting him second on the all time win list to Mike Ballestero with 32 wins. It also moved him one spot ahead of his father, Tim Hartman.

Going into the night, the Pro Stock point battle was tied between Luke Horning and Josh Coonradt. This made the main event one ding-dong of a battle between the two talented competitors. In the end it was “Cousin Luke” in victory lane for the fourth time this season and the ninth win in his career.

This Friday, September 11, Albany Saratoga will hold “Never Forget”,50-lap Modified paying $5,000 to win plus bonus money paid out for heats and certain finishing positions.
George Huttig has been at Albany Saratoga over 35 years as a car owner and this 2020 Modified Championship with Mike Mahaney behind the wheel of the No. 35 is his first ever championship at the track. Many may not be familiar with Mike Mahaney’s time behind the wheel. He started racing at age 15 and is now 31 so he’s been racing half of his life. He joined the Adirondack Auto team of George Huttig last season, even moving to Elizabethtown where the team is housed. Despite some mechanical issues mid-season in 2019 Mike was able to collect five wins and 50 top tens for the team in 93 races. On Friday Mike was in contention for the title at the Malta oval and had the point lead going into the night. Defending 2019 track champion, Marc Johnson was sitting second in points. At the end of the feature, Mahaney was in 10th position and Johnson in fifth but Mahaney’s finish gave him enough additional points to secure the 2020 Track Championship at the track. 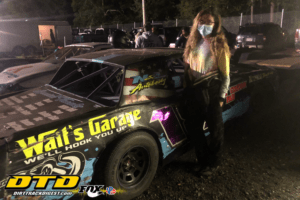 After watching the Street Stock feature on Friday we went to find the driver of the No. 18, Janai St.Pierre of Averill Park. We had not seen much of this car on Friday nights, Janai calls Lebanon Valley her home track. She lives 15 minutes from The Valley making it an easy ride to and from the track. Janai is 23 years old and has been racing for two years; quite a hobby for a Pre-School teacher. She bought her current car in November of 2019 and this year at Lebanon Valley was her best with her first win coming on August 8. We looked at her record for the short time she’s been racing and found that she has a credible one win, eight top fives and 14 top tens. For the future she looks forward to driving a Pro Stock; the main reason? She wants to race her step-brother, Chad Jeseo.

At Glen Ridge on Sunday Championships was also on the line and heading into the night Travis Green had a six point lead over Andrew Buff for the Red Chair DIRTcar 602 Crate Sportsman. When all was said and done, there was co-champions in the headline Red Chair 602 Crate Sportsman division with both Green and Buff sharing the crown for 2020. On Sunday, Tony Farone was the main event winner in the division. 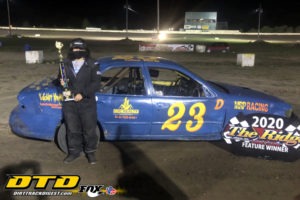 A few weeks ago we spoke with a rookie racer in the Four Cylinder division at Glen Ridge, Gina Voris and over the past few weeks we have watched her improve each week and when we caught up with her before the action began on Sunday she was very happy with how things have been going so far. When she went out in the feature she was able to make her way to third and was running strong and holding her position. Coming out of turn two the first and second place cars seem to bobble and without hesitation, Gina simply drove around both of them for her first career win. We love first time wins and we congratulate Gina on hers.

This coming Sunday will wrap up the 2020 season for Glen Ridge. All divisions will be in action and it will be championship night for the remaining divisions at the track.
This Sunday, September 13, Fonda closes out the season with the Montgomery County Open, 30-laps for Modifieds paying $3500 to win. Also joining the action is the Crate Sportsman, Pro Stocks, Street Stocks, and Four Cylinder Cruisers. Check the website thefondaspeedway.com for rules for this event.