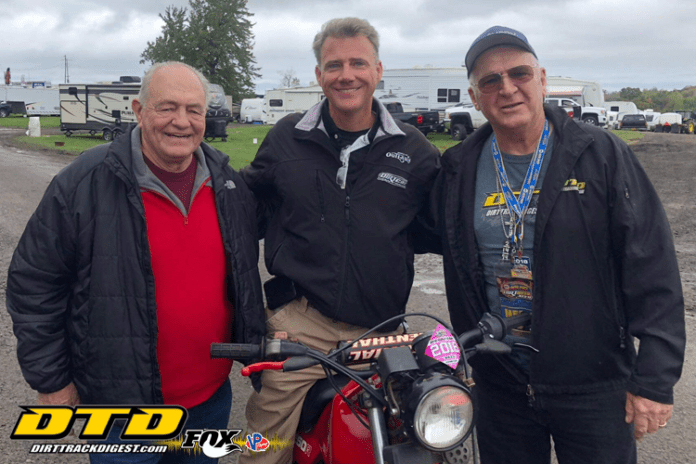 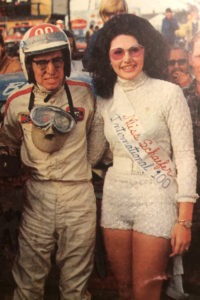 With this week being the start of OktoberFAST for DIRTcar racing the six events that through much planning by DIRTcar will give drivers and fans (not in the stands) something to quell their yearning for Super DIRT Week in unprecedented times we thought we would take a look at where it all began.

Originally the brain child of Glenn Donnelly, who brought the Modified world to the New York Fairgrounds in Syracuse for three days and called it the Schaefer International 100. First scheduled to run on September 29, 30, and October 1,1972 over 100 drivers representing seven states and Canada converged on the NYS Fairgrounds to try their hand at taking on the “Moody Mile” as it came to be known. On the schedule was inspections on Friday, moving to warm ups on Saturday along with time trials and two consolations races. However, it rained both Friday and Saturday forcing all events to move to Sunday, October 1. On Sunday when time trials finished the fastest time of 38.359 was set by Sinking Springs, Pa., driver Kenny Brightbill. 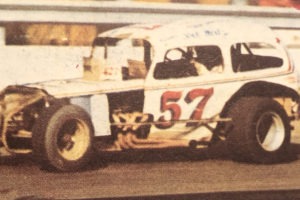 The first winner of the International Schaefer 100 was Buzzie Reutimann of Zephyr Hills, Fla., who earned $7200 for the win. Locally, finishing in the top ten were, Lou Lazzaro, seventh; Jack Johnson, eighth; Harry Peek, ninth all Fonda regulars and coming in tenth was Tommy Corellis Lebanon Valley regular.

Even though Ed never made all Super DIRT Week events, brother Rich attended from the very beginning and now this year there is no Super DIRT Week and Rich has gone on to the big track in the sky. The COVID-19 virus has taken many things from many people and the racing community has seen much loss but let’s not forget the strength in the racing fraternity. We found this photo of Rich’s final SDW and the smile on his face says it all. 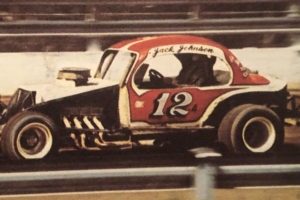 Glen Ridge Motorsports Park is planning a Halloween Havoc event on Friday, October 16 and Saturday, October 17. Friday night’s card features a full night with all divisions in competition, Crate Sportsman, Pro Stocks, Limited Sportsman, Street Stocks, Mini Stocks, All Star and Junior Slingshots. The event is already gaining excitement including extra prizes on the line for the Crate Sportsman and Limited Sportsman; Bob Godgart of Killer Crate engines has posted $50 gift certificates to the winner of each Sportsman and Limited Sportsman divisions. Anyone interested in being a part of the weekend can contact the track on their Facebook page or email theridgebutch@gmail.com. Saturday’s card features an Enduro and Demo Derby and the same holds true for anyone wanting to be a part of these events; contact the track through Facebook or email. 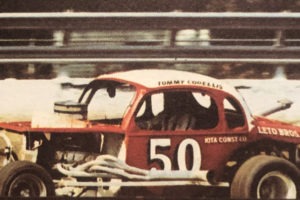 Glen Ridge is currently conducting their Most Popular Driver award voting and the winner of the All Star Senior Slingshot results was announced and Danny Ballard of Grand Gorge took the honors for the third straight year. Ballard is a veteran in local racing having run a Street Stock, IMCA and currently a Slingshot at local tracks. He is a member of the well known, Grand Gorge Gang, a group of racers from that Delaware County area and he currently also helps out with track prep at Glen Ridge with his expertise on the grader. Ballard was also the All-Star Slingshot track champion for 2020 at the track. With his win he will now be entered into the “Ultimate Fan Favorite” voting once all the divisions voting is complete.

Other winners in the voting that has taken place so far are Tanner Warner, Pro Stock Most Popular Driver and Gina Voris Mini Stock Most Popular Driver, Limited Sportsman winner was Stephen Gray, and Damon Anderson, Street Stock winner. Just as we were wrapping this up the Crate Sportsman Most Popular Driver was announced and Cody Ochs was the victory beating out Aaron Jacobs and Co-Champion Andrew Buff. Ochs also recorded his first win at the track this season along with five top fives and 12 top tens and fourth place in the final point standings.

v  We are scheduled to be covering the OktoberFAST events at Albany Saratoga and Utica Rome this week and will watch the other events on DIRTVision. Until next week please send all news and/or comments to biittig@yahoo.com