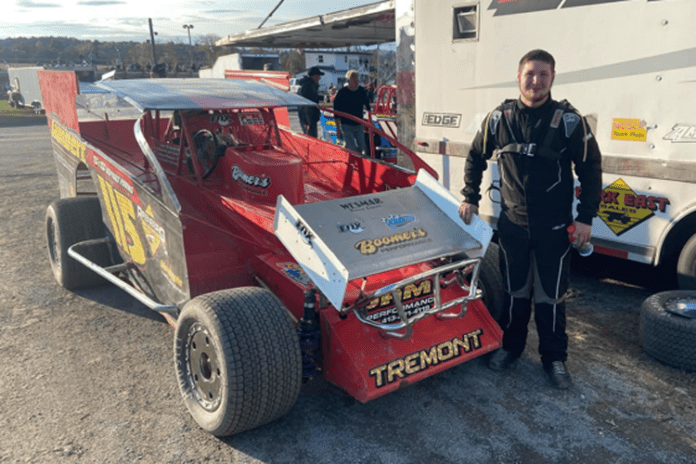 We’re not in Florida this year, we have been watching all the racing on TV; first the STSS from Bubba Raceway Park on DTD.TV and this week the DIRTcar Nationals on DirtVision.  We thank those who are tirelessly working to provide us in the Northeast great coverage of all the racing.  Oh, yes we are also watching what NASCAR events that fit in between the dirt track events.

Many northeast drivers   have made the trip south over the years to race at the DIRTcar Nationals with drivers from all over the United States.  Last year only two drivers received a Gator trophy for the nightly wins; Larry Wight came home with three along with the overall championship that gave him the Big Gator.  Mat Williamson took home two to Canada. 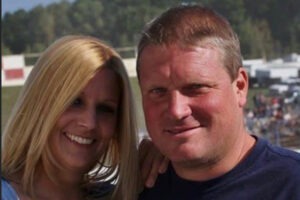 Congratulations to Lyle Devore and Marcy Mangino of Albany Saratoga on being awarded the first ever National Auto Racing Promoter of the Year without Fans by RPM (Racing Promotion Monthly).  Due to COVID-19 restrictions, this year was much different and presented a challenge to all racing venues.  Lyle and Marcy rose to the challenges of the season and presented a racing program each and every Friday night, without fans in the stands. 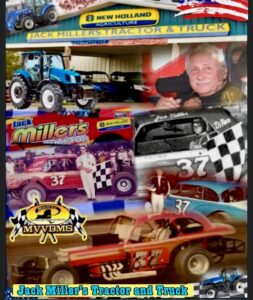 Some local news comes from the Vintage racers, Mohawk Valley Vintage Dirt Modifieds.  Jack Miller’s Tractor and Truck of Schoharie will be joining the group this year and this past week they welcomed him to the group on their Facebook page with a beautiful collage of Jack and his cars from over the years.

Jack Miller Tractor will be a sponsor for 2021 and Jack will be racing with the group each week in the Modified Replica class.  Not having raced this past year at all and only a few times in 2019, Miller is eager to get back to doing what he loves.

Jack and Paul Brauer are currently working on a replica of the 1965 Ford Mustang that Jack drove during the 1973 season and won the track title in the Sportsman portion of the Sportsman/LateModel class at Fonda.  The replica Mustang will be powered by a Ford motor he purchased from Wink Hinkley.

Jack made the decision to return to racing with the Vintage group about mid-season 2020 and since then has been busy working with Brauer to bring the project to fruition.  Plans are to bring back the original sponsors on the car, even though most are no longer in business, and have Dave Davies do the painting and artwork.  “I just figured if I was going to build it, I wanted it to look as original as possible,” said Miller when we spoke with him on Sunday.

He continued, “I’m really excited about traveling with the group to some of the tracks that I won at in 1973 with the car, Lebanon Valley, Fonda and Weedsport.”

With the popularity of the vintage racers at area tracks and Miller’s 50 plus years of experience in racing, we expect to get a shot of him in victory lane this season with his 1965 Mustang replica racer.  We wish Jack well when he makes his way back to the track.

ARRA (Auto Racing Research Associates) recently announced another big addition to their ever growing racing statistics website.  The big addition is to their Lebanon Valley pages.  ARRA, President, Fred Voorhees recently completed work in the Modified, Sportsman and 358 Modified divisions listing of weekly feature results.  In posting the information Fred also gave thanks and praise to your’s truly, Ed Biittig for the contribution of his lengthy research on Lebanon’s weekly results.  “Ed has spent years  compiling the Lebanon Valley stats, Voorhees said,  There was so much information that it allowed us to dramatically increase the amount of win stats to our Lebanon Valley page. Ed was instrumental in getting all of this stuff on our site.”

“Ed has been a contributor to ARRA in other instances and we have added a handful of pages to our website based on information gotten through his research.  We are indebted to Ed for his continuing support!”  The new listings include finishing positions through the top five whenever available going all the way back to the tracks opening events in 1953.

The first night saw Nick Guererri of Seneca Falls, NY take home $2000 for the win.  There were 38 Sportsman Modfieds vying for a spot in the 24-car main event and with Guererri the winner the Buffs, Justin and Andrew came home second and third. 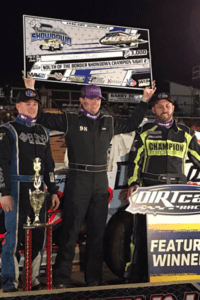 On Saturday night, Andrew Buff, improved on Friday night’s third-place result to win the $3,000 South of the Border Showdown prize over inaugural winner Nick Guererri. Justin Buff charged up through the field from 20th to score his second podium finish in two days. Doubling up on the podium was even sweeter for the Buff family.  “This is all for my grandfather,” said Andrew Buff. “ We lost him two weeks ago due to an illness and he was dedicated to everything for us. He was here with us and we performed for him.”

The DIRTcar “South of the Border Showdown” was brought together by Lake View Motor Speedway owner, Scott Tripp and General Manager, Tim Clemons with DIRTcar.  Both Tripp and Clemons grew up watching and driving Northeast DIRTcar Modifieds and since they took over at Lake View in 2018 the duo had wanted to bring the Northeast cars to the track.

Second generation driver, Montgomery Tremont will be moving up this season.  The 18-year-old, son of Kenny and Kathi Tremont, will be behind the wheel of a new Bicknell chassis, 358 Modified for the 2021 season.  For the past three years young Tremont has been racing in the Sportsman division at Albany Saratoga and Devil’s Bowl speedways and learning the racing ropes from his father, Kenny.  This season Montgomery will be racing primarily at Lebanon Valley with selected shows at Albany Saratoga.  The Tremont team was scheduled to pick up the new chassis the first week of February.

The original three-year agreement was scheduled to end this October and with this new contract will run to October 31, 2023.

BD Motorsports, LLC has made many improvements to the facility since taking the reigns in 2018 and Deyo is quick to give credit to his team and staff at Fonda saying,  “We’ve got a great team in place at Fonda with Jamie and Denise Page, Angela  and Craig Hanson, Michael Parillo and every one of our staff members who have gone above and beyond on race night and during the week.”

Other Fonda Speedway news came this week, the annual car show at the ViaPort Mall in Rotterdam is scheduled for March 26-28.  Due to NYS COVID-19 restrictions it will be a limited capacity event, with regards, to vehicles permitted.  Mall management expects to have the maximum number of race cars permitted by March 1, at which point entries will be accepted.

We will try and get something together a bit quicker for next time so until then, please send all news and/or comments to biittig@yahoo.com.