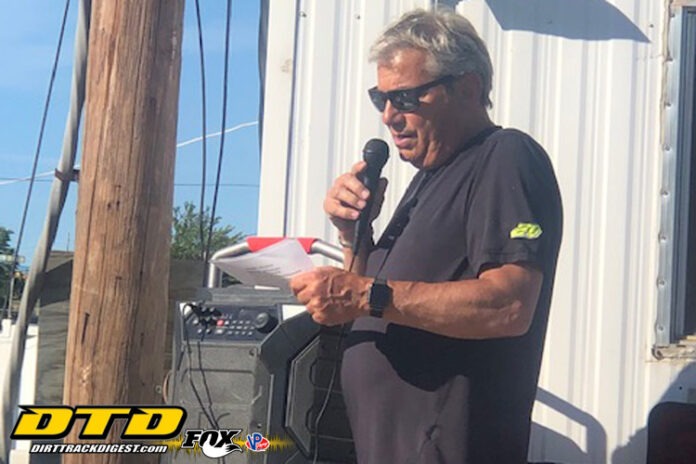 When you find yourself at four different speedways in four days you pretty much know that you are one of those remaining diehard race fans.  It was little less than 450 miles round trip for all four days.  Thursday it started at Orange County Fair Speedway, then on to Afton Motorsports Park on Friday, Fonda Speedway on Sunday ending with a trip to Glen Ridge.

On Thursday at OCFS for a unique format, a mid-week show and only one division, Modifieds.  With Modified driver, Brett Hearn at the helm Orange County there have been, and are some, versatile plans in the works for the 102 year old track.  We’ve heard fans say for years they want a shorter show, especially on a work night and here it was.  As always change takes time.  We all know Brett Hearn as a successful driver and also promoter of 11 successful Big Shows.

Orange County is in some transitional growing stages after many rough years and we believe the folks at the helm deserve a chance.  We would like to thank Orange County management for the great hospitality shown us on our visit. 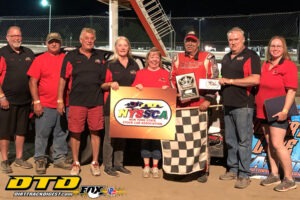 On Friday it was off to Afton Speedway with a stop at Brook’s BBQ on the way, just can’t seem to get past it.  Then is was on to Afton for some great racing and Racer’s Reunion and NYSSCA Night.  The threat of rain loomed over the speedway the early part of the night and it sprinkled a bit just as we arrived but soon the clouds moved on and the rest of the night remained clear.  There was a good field of cars in four divisions, Modifieds, Crate Sportsman, Open Sportsman and Street Stocks. 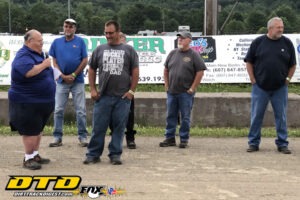 Several former racers, officials and staff came out to celebrate Racer’s Reunion night and reminisce.  In the on track presentation for the reunion, announcer, Leon Andrus said that going forward the racer reunion night would also be the Jim Randall Memorial.  Jim Randall was the builder of the 4/10 mile oval inside the horse track at the Afton Fairgrounds.  His son, Jim, Jr., was on hand Friday to award a $100 bonus to each feature winner.

NYSSCA representatives were on hand to award cash prizes to the first and second members across the line in all four divisions.  Race winners at Afton on Friday were: Nick Nye, Modifieds; Gary Smith, Crate Sportsman; Jim Rothwell, Open Sportsman and Rich Fife, Street Stocks.

Jim “Rocky” Rothwell is one racing veteran still going strong.  After 42 years behind the wheel, the 68-year-old still finds victory lane.  On Friday night at Afton he cruised to victory in the Open Sportsman division, 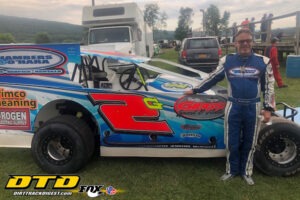 When we asked him when he might be done racing, he said, “I don’t see that happening.”  So with that said, look for Rocky in victory lane several more times.

We also spoke shortly with Mitch Gibbs who said he is currently just working on getting his car back to victory lane at Afton, where he’s been in victory lane 69 times making him the winningest driver at the Afton oval.  He also has five Modified titles at the track.  Mitch has ten wins at Fonda and was 320 Modified Champion in 1984. 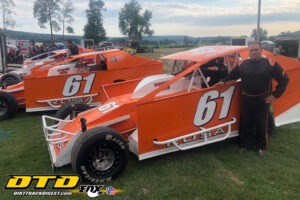 A few years ago we spoke with Dave Rosa when we saw him at a track on the fan side and he said he was thinking about giving up racing.  Well, that didn’t happen.  On Friday we found him in the pits at Afton with two cars for two different divisions.  Two beautiful orange and white No. 61’s, powered from “Engines by Pete” (Morganstern).  Dave currently leads the Open Sportsman points at Afton and is second in the Crate Sportsman points.

Rocky Warner claimed the victory in the Modified main event at Fonda on Saturday and Ronnie Johnson won $5,600 in the Bill Ag Memorial Elimination match race event, on Dirt Track Digest Night.  The special match race is to honor the late Bill Anagnostopulos known as Bill Ag owner of the Winner’s Circle Restaurant in Fonda.  His family still owns the restaurant and is always a big supporter of the annual event. 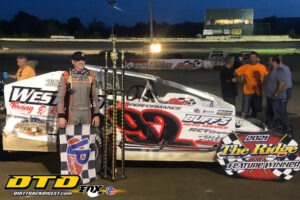 Sunday evening at Glen Ridge 26 competitors came to try and take home the win and the money in the first ever, Jerry Buff Classic for 602 Crates paying $2500 to win for 50-laps.  The race had a story book ending as two of Jerry’s grandson’s, Andrew and Justin Buff finished one and two in the special event in Jerry’s memory.  Seems like it being the first memorial, it all ended as it should.  The trophy stood over six feet high.  This was a wrap for four great days of racing.