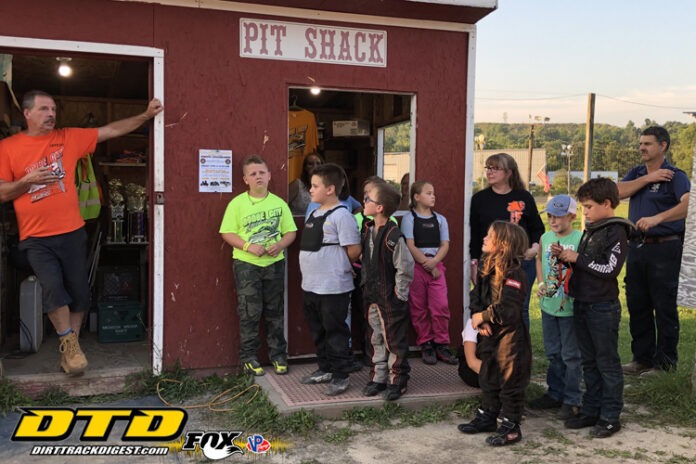 This week we went back to the roots of racing in our area, Dodge City Speedway in Howes Cave, N.Y. where every Friday night from May through August, the young and the seniors and all in between come to enjoy the sport they love, Go-Kart racing.  And on Friday there were even a few, not so average, Lawn Mowers in competition. 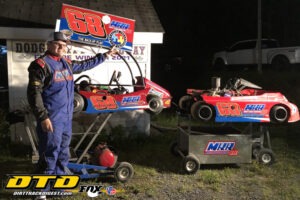 The Montenaro family, currently, headed by Paul and Andy have been at the helm at Dodge City for 47 years and it’s obvious they do it because they love it.  Paul says he raced at the track in the 1960’s before taking over the management of the facility.  Their dedication to the sport shows; after a busy night at Dodge City they will be helping another facility for a big race the next day.

Andy handles the drivers meeting that spells out the rules prior to the start of every night of racing.  Standing around him is a group of attentive young drivers and their parents along with the more experienced drivers.  After the rules are explained and questions asked the action begins. 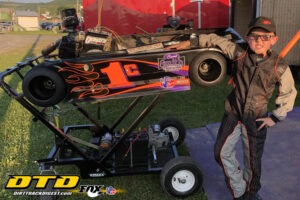 There is a variety of families every Friday, some regulars and some invaders, but it’s a family affair for most.  Young, 8-year-old, Colton White of Palatine Bridge is one of the younger competitors and there is no doubt, when speaking with Colton, he is serious about his racing and already has plans for his future in the sport.  His father, Cory, raced at Fonda where he was Limited Sportsman Champion in 2017, and it seems that Colton has his eye on following in his father’s foot steps.  After two years in karts, he has five wins to his credit and says he favorite part of the night is hot laps. 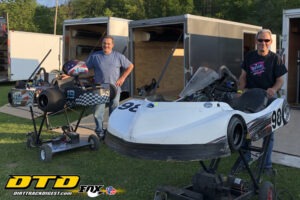 Two of the senior competitors are Eddie Peek of Saratoga and Paul Yandon of Central Bridge who race in the Predator class.  Eddie has raced for 20 years and Paul for 40 and say they are still enjoying the racing at Dodge City and the camaraderie of the competitors.

There are several other names familiar in local racing at the track, Ryan Pepicelli, grandson of Pep and son of Tony races with the Predator division.  Amelia and Will Sherman, who race in the Jr. 1 Purple class, are part of the racing Duncan family of Medusa; their Uncles are Jim and Joe. 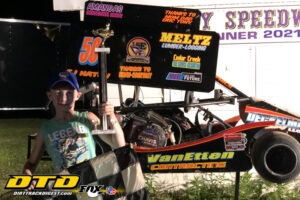 business providing Karts, parts and other go-kart racing needs at Martin’s Kartin’ in Schoharie.  His son Seth raced Karts for 16 years, amassing over 100 wins at many local karting tracks and State Series events in Pennsylvania and New York.  Seth recently bought a Sportsman car and has raced it once at Fonda.  He was at Fonda on Saturday for his second try until the rainout.  His next adventure will take him to Utica-Rome in a couple weeks.  Seth is a true believer that karting teaches you the fundamentals of racing and is great experience for anyone who wants to get into the sport. 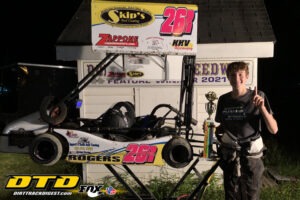 Dodge City Speedway has produced many stars of racing through the years and the names on the pit board now are the ones to watch for in the future. 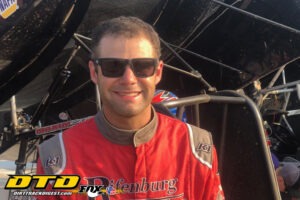 The ESS Sprints were at Glen Ridge on Sunday and Matt Tanner set a new track record  for a sprint car  at 11.202.  The record was previously held by Josh Flint. 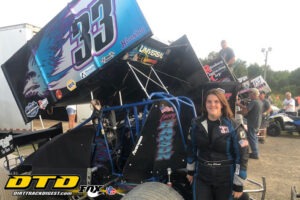 We stopped in the pit area of ESS Sprint competitor, Lacey Hanson of Orwell, VT.  She has been racing since 2009 predominately in sprint cars.  Prior to joining the sprint ranks she raced XL 600cc Modifieds.  Last year she drove a Sportsman at Devil’s Bowl.  She loves racing sprint cars and has one top ten finish.  Her night ended early at Glen Ridge when at the drop of the green an incident caused her to roll over several times.  We checked with her in the pits and she reported she was okay.  When we asked her if she had ever had that experience before she said, “Yes, every few years and it never gets any better.”

It’s championship night at Fonda this Saturday and Fan Appreciation Night, $5.00 admission, pre-race Meet & Greet and rescheduled Harry Peek Tribute Night paying $2700 to the Modified feature winner and $270 for heat race wins and Kids Club backpack giveaways.  Then Fonda breaks for the Montgomery County Fair until September when the Fonda 200 Weekend brings the track back to life on September 16-18.