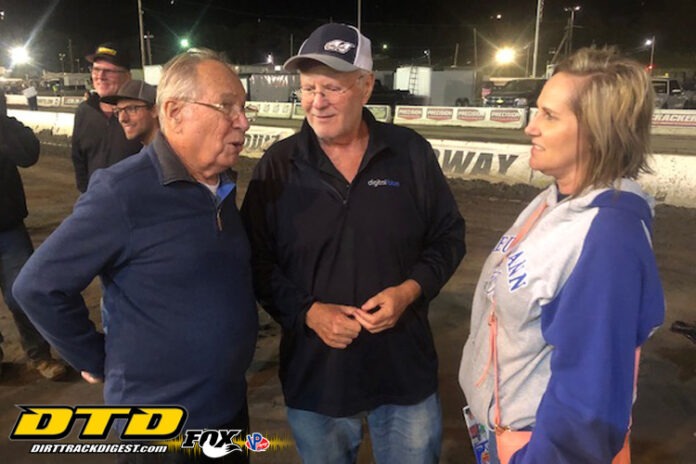 After a special format playoff series for Modifieds, Orange County Fair Speedway crowned the track champion on Thursday. Only a final four drivers were in the running, Billy Decker, Anthony Perrego, Stewart Friesen and Matt Sheppard.

Billy Decker is the veteran of the four and said he likes the format because he was one of the four.  Billy is of an age and old school enough to think things really don’t need to change, he likes the status quo.

Anthony Perrego, the only OCFS regular, knew going into the event he had his work cut out for him and thought he was up to the challenge.  His concern for the track is how to get more fans in the stands even though the stars of dirt track racing were brought in by the huge payoff.

Stewart Friesen said he was up to the challenge as well and said he was the only one that has run under the format, in the NASCAR Truck Series.

Matt Sheppard didn’t think the format was that hard because a driver only had to race in three races and win each one to be in contention.

While sitting in the bottom row of the covered grandstands, Chris Larson of Halmar International and man behind the many changes at Orange County shared with us the reason he has taken the path and made the changes he has at the track is because he wanted to try something different.  Racing on Thursday nights was because he knew many drivers had commitments to a home track on Saturdays.  After trying some things this season, he may change a few things for next year.

As for all those complainers on social media, Chris says, if you pay for a ticket you earn the right to complain, but that does not include those that have so much to say on Facebook and other sites. 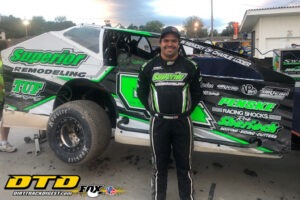 Buzzie Reutimann was in the house on Thursday night with his long time friend, Dr. Eugenia M. Kolasinski.  It was her first trip to OCFS and she said she knew that Buzzie was a fan favorite at the Middletown oval so was not surprised to see he welcome.

At the end of the night it was only fitting that the Orange County regular, Anthony Perrego was sitting in victory lane collecting the $5000 bonus for the victory and $25,000 for the Modified track championship. 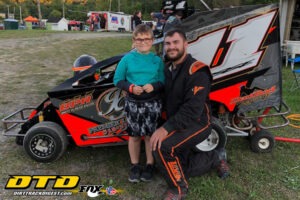 We made our second trip to Dodge City Speedway on Friday and like before is was an enjoyable experience and we thank all those who always make us feel welcome.

Eight year old, Keagen Persse is the grandson of Bob Rhinehardt, (Rhino) who we’ve known for many years.  Keagen is a real enthusiastic race fan and was at the track on Friday cheering for his dad, Josh Persse who was racing in the Slingshots.  Keagen loves racing and is full of knowledge and facts about a variety of racing related stats. 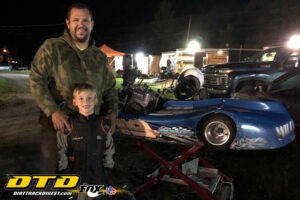 Friday we also ran into seven-year-old Joey Williams with his dad, long time local racer, Joe.  Joey is racing karts for the second year this season and according to his parents finished second in a special event at Oswego Classic Weekend the night before.

Kholie Bellen was with her mom, Kathy Bellen and loving it.  Chloe says she likes racing and wants to be like her mom.  She’s headed in the right direction. 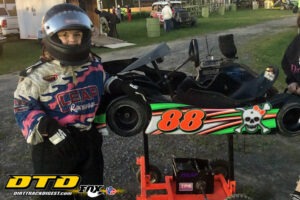 Chris Hile made his second trip to Lebanon Valley on Saturday night for Mr. DIRT Track USA.  His first visit in May for the first Mr. DIRT Track event showed a fourth place finish.  Chris’s career spans 20 years with 10 being in Modifieds and he has nine Modified wins at several different tracks.  This season he has three wins at Brewerton Speedway.  He says coming to The Valley is very different from what he’s accustom 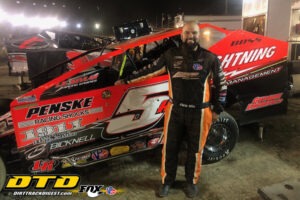 to, the long straight aways seem endless and he’s looking for the turn.  On Saturday Chris finished 20th and was able to drive his car into the trailer what he thinks is a pretty good night.  Chris lives only three miles from Oswego so he really looks forward to racing there during SDW.

Mr. DIRT Track USA was not without excitement; Andy Bachetti led much of the 101 lap race until a restart on lap 81 when he was put back two spots for jumping the start, giving the lead to Larry Wight, who was passed by Stewart Friesen.  It looked as though Friesen would score another win until a final caution and 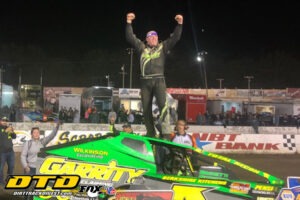 restart when Bachetti battled back to take the lead.  There was questions galore from fans and competitors and one big one was, how do you jump the start if you’re the leader?  It was all worked out in the end and Bachetti took home $25,500 and his 203rd career win.

Early this season word came that Brett Deyo would be at the helm at Utica-Rome and one of the first things he did was switch the weekly racing to Friday nights.  With this change he was able to run 15 events and that means, the rain stayed away on those Friday nights.  The end of the season events at Utica-Rome included this past Sunday rescheduled to Monday New Yorker 100, a race with rich history at the Vernon oval.  The first New York ran on a Sunday in 1963 and was 400 laps long and won by Lou Lazzaro.  That was the only time it was 400 la 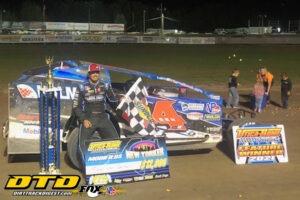 ps and from then on it changed periodically from 40 to 200.  This year it was 100 laps long and won by Stewart Friesen who has won it three times joining four other drivers, Lou Lazzaro, Richie Evans, Matt Sheppard, and Bobby Varin.