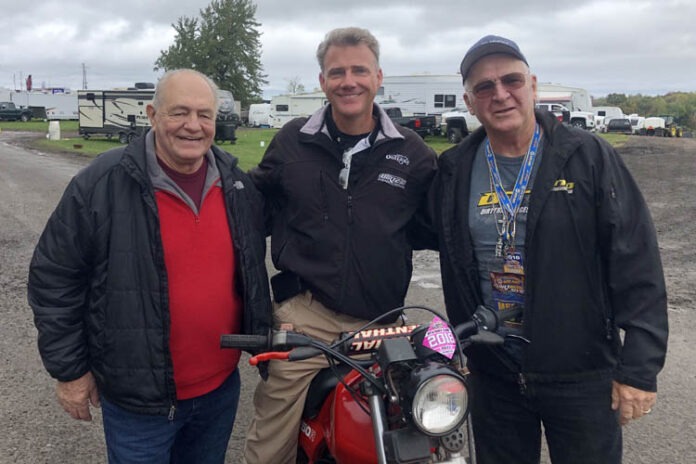 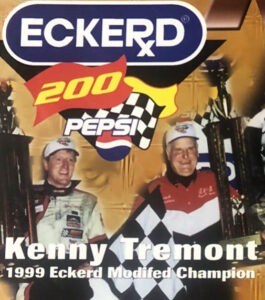 With that being said, it certainly shows the importance of time trials. Past SDW Modified events have had many twist and turns; Alan Johnson started 49th in 1989 and went on to win the event.  The 1977 event was forced to cancel and move to April 1978, making for two events in the same year.  The length of the event has changed over the years.  The first seven years ran 100 laps, the next eight were increased to 125 laps, the next 13 years it ran 188 laps and for the last 20 years it has been 200.  For the first 44 years the event was held at the New York State Fairgrounds, or commonly known by racers and fans as the Moody Mile.  Then in 2016 the historic and familiar grandstands were imploded and the track was repurposed to accommodate the NYS Fair, much to the dissatisfaction of numerous race fans that made the annual pilgrimage to SDW every year.

Super DIRT Week needed to find a new home.  With an agreement between NYS and WRG the event moved to the home of the Super Modifieds, Oswego Speedway, the Steel Palace 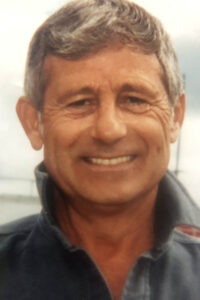 and for one week in October, Oswego Speedway becomes the Clay Palace.  For the event, the track is covered with clay and then removed at the end of SDW.

When most people talk about the history of Super DIRT Week they normally mention Buzzie Reutimann of Zephyrhills, Fl., winner of the very first two events, the Schaefer International 100.  Buzzie competed in 13 SDW events from 1972 to 1996.  In the end his record shows he finished in the top five, five times. 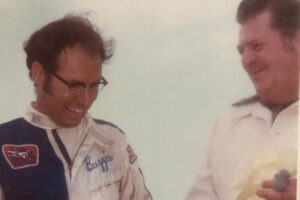 When we spoke with Buzzie at the 100th Anniversary of Orange County Fair Speedway he said, “Everyone talks about the two wins, but they forget about all the other attempts.”  Buzzie said, when it looked like your were going to win, your were always forced to pit for some reason or another and the guy behind you went on to win.

Buzzie recently turned 80-years-old and is till racing and winning in Florida.  His wins at SDW were nearly 50 years ago, and he’s still winning today.   He says, “The car doesn’t know how old you are”.

For local fans making the trip each year to Super DIRT Week there is always hope that one of their hometown drivers could come away with the win in this most prestigious event. 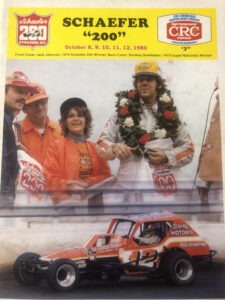 In the first seven events the best local finish was put in by Lebanon Valley’s Tommy Corellis who finished second in the second event.  In 1979 Jack Johnson of Duanesburg brought the trophy back home to the Capital District and became the first New York driver to win the event.  The race had six different leaders but Jumpin Jack led the most important last lap.  Jack Johnson was driving the Bob Deming owned and sponsored No. 12A out of Cobleskill.  He returned to win for a second time in 1984.

Jack Johnson competed in 35 SDW events and finished in the top five, eight times and 14 times in top ten.  Both wins for Johnson and his familiar Orange and White No. 12A, gave Fonda Speedway and his Orange Army of fans bragging rights.

Kenny Tremont has competed in 38 SDW Modified events, 34 at the NYS Fairgrounds and four at Oswego Speedway.  Tremont thrilled all Lebanon Valley fans when he won the big event in 1999.  When his car was being inspected after the event, the hood was removed to reveal valve covers with TREMONT imprinted on them, a sight that would never be seen again at the event.  The motor was prepared by Kenny’s father, Ken “Ade” Tremont, Sr.  Kenny Tremont’s SDW record shows nine top fives and 16 top ten finishes in the familiar Tremont, No. 115.  Kenny and his Dad, said they will be at Oswego this week, as one of the longest running attending teams. 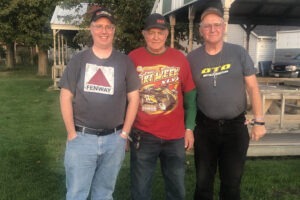 As we return to Oswego after a year off many of the faces we have come to know will not be there.  For Ed and his son, Fast Eddie, there will be a vacant spot in the car and at the hotel and one missing at all the meals they enjoyed together.

Early in 2020 we lost brother, Rich Biittig.  Rich had been to every Super DIRT Week since the beginning, totaling 48.  He enjoyed so much, the sport of auto racing.  He had a habit of wanting to possibly talk with every driver before leaving.  When we lost him we received over 300 messages from folks that knew him.

Mike King said, “I don’t think I ever remember racing without him in attendance.”  Andy Bachetti said he always enjoyed talking with Rich after a race.  Young Olden Dwyer said, he would always stop in his pit area no matter how he had finished.  Rob Yetman said he missed seeing Rich very much after each race.  And Dan Martin said, “No matter how you felt you had to smile before he left.”  As we return to SDW, this year we are reminded of how highly Rich thought of WRG, CEO, Brian Carter and Brian said the feeling was mutual.  There will be a big void at SDW for us this year, but we know he will be looking down.  Between brother, Rich, myself and Fast Eddie we have a total of over 130 years in Super DIRT Week memories.  We wish everyone well. See you at Super DIRT Week.