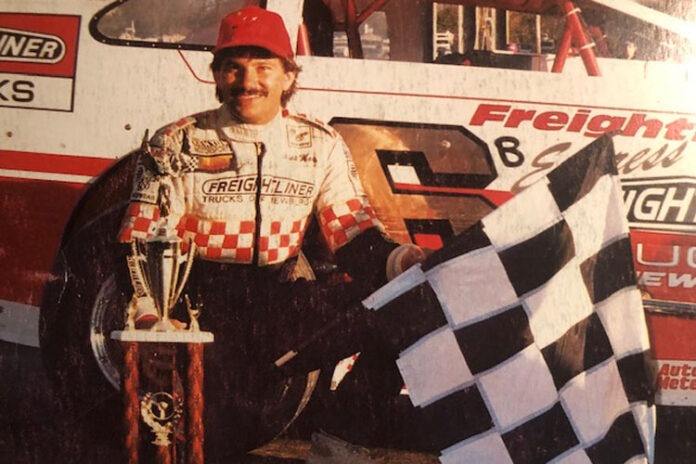 Many fans made the trip to the Speed Showcase in Port Royal Speedway in Pennsylvania this past weekend and were treated to another great show by the BD Motorsports group headed by Brett Deyo.  We were among those that watched on FloRacing and also enjoyed all the racing from the comfort of our living room.

There were a few firsts happening at the Speed Showcase, it was Stewart Friesen’s first win at the Pennsylvania track, Mike Mahaney picked up his first STSS event win in the Thursday night 40-lap event and it was the first ever time the Pro Stocks ran on the clay at Port Royal.  Luke Horning gained bragging rights by winning the first ever Pro Stock event and he was followed by Nick Stone who finished second and Josh Coonradt was in third.  Rounding out the top five was Ivan Joslin and Kenny Gates, all Fonda regulars.

It seems that promoters have finally realized what fans have known for a long time, the Pro Stocks put on one of the best shows at any track.  They raced at Brewerton during Super Dirt Week for the first time and they will race at Eastern States this weekend for the first time in and very long time. 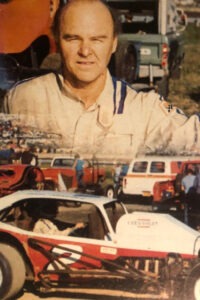 Sportsman, NAPA Northeast Parts Group Street Stocks, Short Track Super Series Modifieds, USAC Wingless Sprints, and Pro Stocks. Each division will compete in a full program of qualifying races and a lucrative feature event. The headline DIRTcar Big-Block Modified Eastern States 200 will see the winner take home a base purse of $40,000 plus lap and contingency awards.  Money is constantly being added to the weekend events so Check for updates to the weekend on the website www.orangecountyfairspeedway.net. 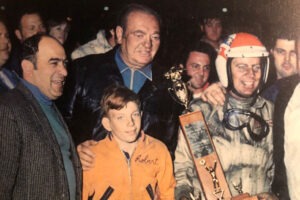 documentary film, “Gary Balough: A Checkered Past,” on Friday during a two-hour break around 4:30 pm at the Orange County Fair Event Center.  With this weekend being the 60th running of Eastern States Weekend it prompted us to take a look at some of the history of the Modified event. It’s hard to believe that with 59 previous events only eight drivers have graced victory lane more that once.  The leader of the pack is current General Manager, Brett Hearn with 12 wins.  He is followed by “The Doctor” Danny Johnson with six, the “Tampa Terror” Will Cagle has four and there are two drivers with three wins each, Frankie Schneider and Stewart Friesen. The three drivers with 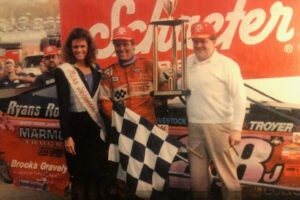 two wins are Gerald Chamberlain, Frank Cozze and Jimmy Horton and 25 drivers claim one win each, the last added to the list was Mat Williamson.  Of the 33 drivers that have won the event and are currently active racers 15 could be in the running of the 60th edition.

In 1977 the s mall-block Modifieds were added to the show to compete on Saturday.  There have been 44 Small Block events and no surprise the leaders are the same as the Modified winners.  Brett Hears leads the way with 17 wins, Danny Johnson has five and there have 15 other winners in the 44 events with four or less victories. 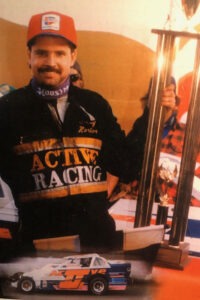 In 1988 the Sportsman were added to the weekend and there has now been 33 of those events with 27 different drivers claiming victories.

Ed will be headed to Middletown this weekend and until next week please send all news and/or comments to biittig@yahoo.com