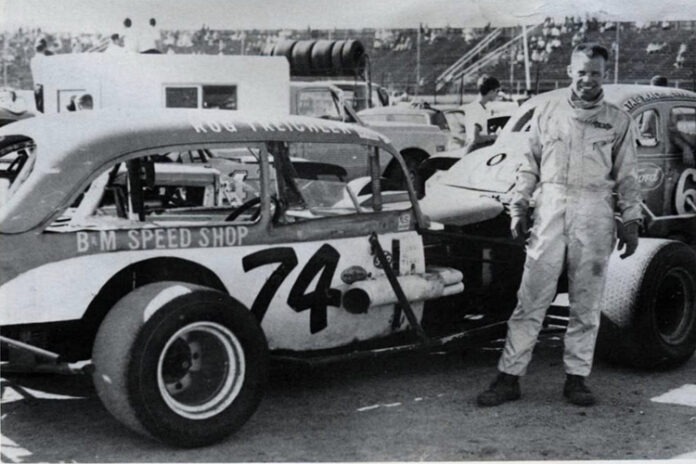 Prior to the racing beginning in Florida we thought we should let everyone know we’re still around and kickin’.  Once again we won’t be in Florida for all the racing so we will be watching like so many others in the north, via way of FloRacing/DTD, DIRTVision, and we just signed up for Speed51 this week to watch the action from Lakeview Speedway in S.C. 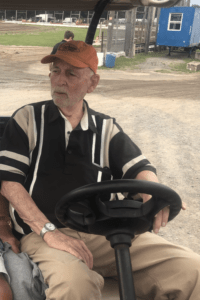 The induction ceremony will be held Sunday, May 15, 2022 at 11 am at the Fonda Speedway Hall of Fame Museum located on the Montgomery County Fairgrounds in Fonda.

Gene Cole, owner and former promoter of Utica-Rome Speedway started in racing as a driver in the 1950s and has the unique distinction of being one of the few drivers who has driven out of the Lebanon Valley Speedway via way of up and over the high banks.

Gene Cole has owned Utica-Rome Speedway since 2002 and just last year signed a 2-year lease, with option to buy, with BD Motorsports Media, LLC, Brett Deyo.  Mr. Cole will turn 85 years young on February 6 and still enjoys his trips to the track each Friday. 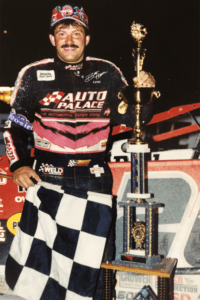 Brett Hearn had his first win on May 15, 1976, in the Sportsman division at Orange County Fair Speedway.  Since then his career total now reads 920 victories and 94 track and series point titles at 48 different tracks, including five Super DIRT Week victories and seven Super DIRT Series Point Championships, Hearn is considered by many the Greatest of All Time in Modified dirt racing.

After 44 consecutive full seasons of racing, Hearn took a position at the Orange County Fair Speedway in 2020 as the Director of Motorsports.

Randy Ross started helping his neighbor Billy Webb who raced at Lebanon Valley.  Next he was part of the Kenny Coon crew during their championship years at The Valley, 1976 and 1977. 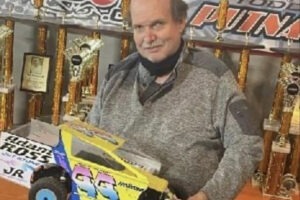 In 1987 Ross became a co-owner of a race team with Brian Goewey with Brian as the driver.  Goewey won the non-qualifier event at Super Dirt Week in 1988 and placed fifth in the main event, earning him Rookie of the Race honors.

As a car owner Ross met up with Billy Decker in 1995.  In the nine years they were together the Ross/Decker combo won a total 92 features, 34 being extra distance events, at 20 different tracks.  The Ross/Decker Team amassed seven championships including the Super Dirt Series and overall Mr. Dirt title.  Their success at the NYS Fairgrounds included three SDW Modified events, 1998, 2000 and 2001 and the Small Block title, 2002, and they also Eastern States 200 in 1998.

Matt Sheppard took over the Ross ride from 2004-2007 winning a total of 31 events at nine different tracks.  Randy Ross had a total of 130 wins during his tenure as a car owner. 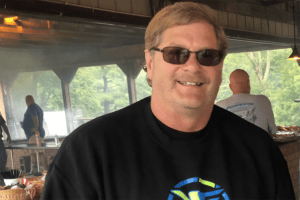 John P. Flach started racing in 1959 at age 19 at the Lebanon Valley Speedway.  In 1960, Flach won the Rookie of the Year honors and in 1961 he won the prestigious Langhorne Qualifier and represented Lebanon Valley at Langhorne that year. The next year in 1962, Flach won the Lebanon Valley Track Championship in a car owned by NYSSCA Hall of Fame member Stanley Wetmore. Flach called it quits in 1963 to raise his family and start his business but continued to back his sons once they started their racing careers. 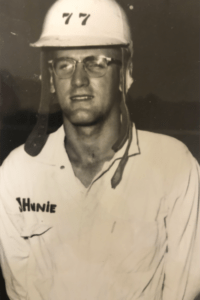 Between John P and John C. the Flach family has been involved in racing for over 60 years.  They are the only father/son duo to win a track championship at Lebanon Valley.   When Mark Flach (John C Flach’s nephew) won the Modified title at the Valley in 2008 it made three generations of Flach’s to win Modified titles at the track.

Roger Treichler of Sanborn, NY started racing late models at Merrittville and Hamilton Speedways, in Canada.  In 1963, he moved his efforts to Lancaster New York Speedway before moving to Modifieds in 1967.

Treichler’s success at Lancaster included five track championships and 78 wins.  At Spencer Speedway, he was track championship, three times and won 22 features.  His greatest win came in the Race of Champions at the famed Langhorne Speedway in 1971. 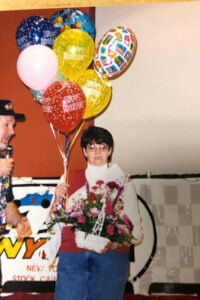 JoAnn Flanigan was the treasurer of the NYSSCA for 28 years and chairperson for the annual NYSSCA banquet alongside Gail Riley.  She helped organize the former Motor Racing Mania car show and the annual NYSSCA golf tournament.  Flanigan served as a track rep at different tracks throughout her tenure with the organization including the Moody Mile during Super DIRT Week.

Earlier in January the racing community and racing media suffered a huge loss when Norm Patrick passed away.  Norm was publisher of Gater Racing News based out of Central New York for 50 years.  We had the pleasure of writing a column in the Gater Racing News from 1994 until the end of publication in July of 2014.  Norm and the entire Patrick family are dedicated to auto racing and a pleasure to work with.  Norm was a founder of the Motorsports Expos and Trade Show held each year at the New York State Fairgrounds.  Norm Patrick is a name known throughout racing and he was honored by several auto racing hall of fames; DIRT Motorsports Hall of Fame, Race of Champions Hall of Fame, Oswego Speedway Hall of Fame, and the Eastern Motorsports Press Association.  RIP Norm Patrick, you will be dearly missed.

Next Tuesday, February 8-12 the STSS Sunshine Swing takes to the track at All-Tech Raceway in Lake City Fl.  Us northern folks can watch the action live on FloRaching at www.floracing.tv.  If Modified racing is your pleasure, the Mods race at Volusia Speedway Park on February 15-19, 2022.  The racing from Volusia can be view on DirtVision.

In closing we send our condolences to the family of Eric Kingsley who passed away this past week. Eric was a huge player in racing for many years as track owner, promoter and one of the best at track prep.  He will be dearly missed by all that knew him.