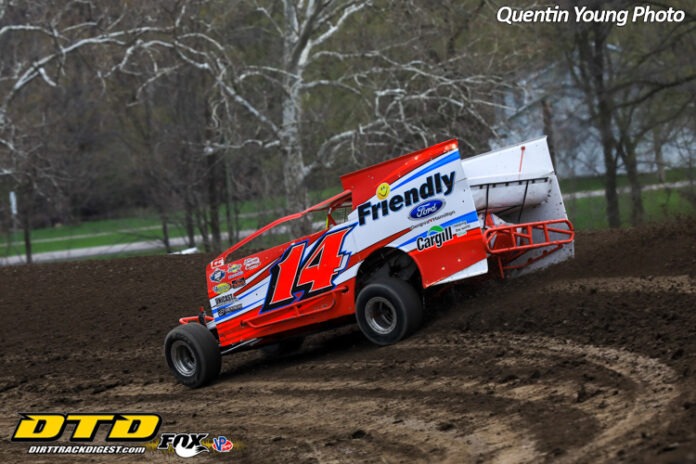 At last week’s Lucas Oil Nationals at Outlaw Speedway, Alan Johnson wasted no time in getting his first win of the season, continuing to build his legacy in the Modified ranks. His win took his consecutive years with a win streak to 47, a feat that few can attest to being anywhere close to. This week, one week after Alan opened Outlaw’s 2021 season with a win, I caught up with the 2017 DIRT Hall of Fame to discuss the feat.

“It’s a great feeling, just for us to come out and start the year with a win is huge morale booster,” said Alan with a smile. “The 47 years on top of it all is a big bonus”.

In a time where many teams are changing things up, whether it be drivers, chassis, engines, tires, or anything under the sun, Alan and his crew have kept many things the same for their 2021 season.

“We’ve got the same car and everything from last year, at least to run here at Outlaw. We completely went through the whole car in the offseason,” stated Johnson.

However, there are some new changes for 2021 that have Alan and his crew excited.

“We’ve got a new car and new motor for our big-block program, we’re pretty excited to see how it runs,” Johnson said. “We’re committed to run Land of Legends every Saturday night with it. As for our small-block, we’re looking to run the Short Track Super Series North Region with that. The big-block will be more hit or miss, we are going to hit some Super DIRTcar Series shows and other events that are close by. We’ll see where we go as it goes along.”

Johnson finished sixth at the Cindy Lane Memorial Spring Nationals, marking yet another good run for the 14j team. With the streak successfully extended in on opening day, Alan and his team hope to take this moment into the rest of the 2021 season as Alan chases victory across the Northeast; the same thing he has done since he was 17 years old.