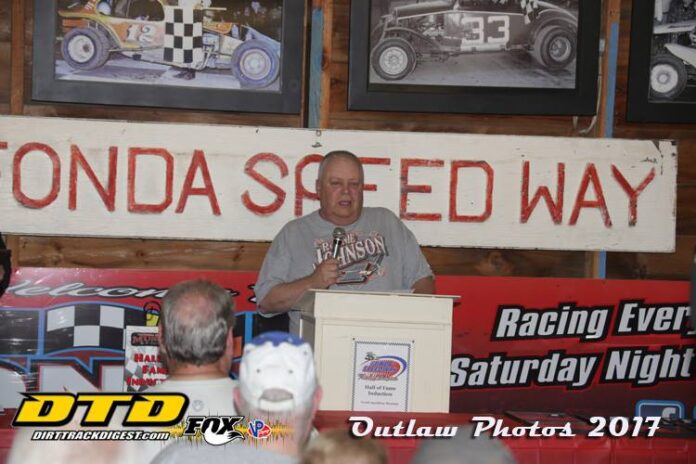 After fielding top flight Modified and Sportsman race cars for nearly four decades, Jake Spraker, the brash and tell it like it is car owner who has fielded cars for some of the sports biggest names, has decided to put it all in the rear view mirror and step away from the sport that has made him one of the most respected car owners in modified racing.

“I’m about 75% sure that I’m done,” said Spraker. “I’ve sold the truck that hauls the trailer. That’s going on Monday. I have a buyer for the trailer after the Fonda 200.  I’ve got a Pro Power motor on clearance that I can’t seem to get any takers on and I just sold 4-wheels and a set of air jacks.”

Spraker went on to add, “in the 80’s I raced for $1,300 or so to win. When you come to Fonda and (Stewart) Friesen is here your now racing for second place. No one in here has what that team has as far as resources and equipment. Plus you have some rules here that make my 360 motor noncompetitive.”

Spraker has agreed to sit down and tell the whole story on his career as a high profile car owner at a later date. For now, Rocky Warner will pilot Jake’s equipment in the upcoming Fonda 200 in September. According to Jake that would be his last race.