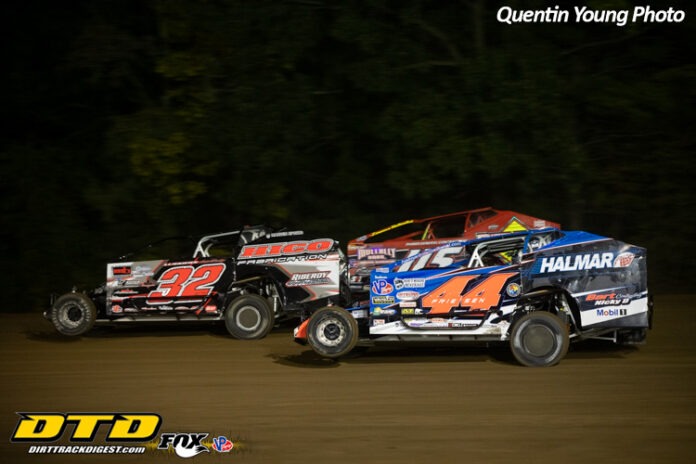 The end of LJL Racing was put in motion closer to three years ago versus a few weeks ago according to Scott Jeffery, Billy Decker’s noted crew chief.

“To be honest when Billy came back to race for John I was a little shocked, but this is a good time to wind down things,” said Jeffery.  “My business SJP is doing well and John has been like a father figure to me. He’s been nudging me to go all in with the business. He said you can’t run a business if your maintaining cars. He’s never led me astray. I’m currently looking for another place that has a garage and storage that I can afford.”

Currently he is looking for a new place of business.

“There is no pressure to move out of where I’m at now, but eventually I’d like to get my own place.  I won’t be involved in the day to day operation of Billy’s new team wherever that may be. We are still friends and I’m sure I’ll be able to help here and there if he needs it. This wind down isn’t because anyone had a falling out with John, it’s the fact that he wants to downsize plain and simple.”

Look for Decker to have a new car for Oswego.

“I have a new frame at the shop and I’ll be stripping that car in the nose for parts and put them on the new car. It will take a day or two to get it stripped and put back together,” said Jeffery.

Peter Britten won’t be headed to Australia this winter.

“Do you have an extra $10,000 laying around? That’s about what it would cost with the quarantine and the testing and airfare.”

Britten isn’t a U.S. citizen and is here on a work visa to race.

Speaking of Visa’s, according to Mat Williamson, his dad Randy, who is the head of Bicknell Racing Products in St. Catharines, Ont., he will have to fly into the US from Canada to attend Oswego. He is awaiting an L-1 visa.

Anthony Perrego has now had two weeks of misery while having mechanical issues in races he’s been a part of. Last night at Malta he was the class of the field until the rear-end locked up and ended his night just after halfway. The week before, a rocker arm broke during the Fonda 200 ending his night early. Perrego is unsure what his plan will be for the Saturday small-block portion of Super DIRT Week. With the later start it would be impossible to make the STSS event at Afton.

Stewart Friesen had good reasons to be tired on Saturday afternoon. He raced in the NASCAR Truck Series race on Friday night. He took a team chartered flight back to Charlotte and arrived in the early hours of Saturday morning. He then took a commercial flight to Albany International Airport. From there, he went home and packed up his big-block and went to Albany-Saratoga where he was terrible off the trailer. Friesen had to qualify for the 100-lap affair through a consi which he won. He charged from 22nd to second and was the hard charger of the race. Friesen was not expected to race on Sunday at Devils Bowl for the big-block/small-block Challenge.

Noted tire specialist Jay Castimore wanted to correct what he said last week when he said he had been a part of 27- 200-lap wins. He was off by 1, the Fonda 200 win was his third 200-lap win with Stewart Friesen.

Kenny Tremont started his heat race in fourth and thought he was going to be in good shape to make the 100-lap feature. That didn’t quite happen according to plan. He was involved in an opening lap jingle with Marc Johnson and had to attempt to make the feature via a consi in which he didn’t qualify.

On Sunday at Devils Bowl Tremont said, “I just cannot get the car to do the same thing twice. It’s hit or miss all the time. It’s frustrating to be honest with you.”

Tremont’s son will attempt to make the 358-race at Oswego while the elder Tremont will focus strictly on the big-block portion of Super DIRT Week.

46 big-block modifieds signed into the pits at Malta. There was five heat races and two consi’s.