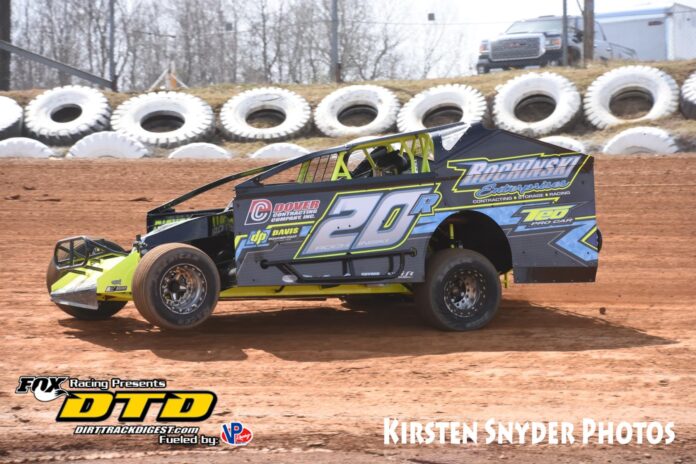 Big Diamond Speedway has always been able to boast that their Friday night roster of modified drivers has been among the most talented. However, in 2021 there is no doubt that Friday nights at the track nestled in God’s Country will be the place to be.

The Insigner Performance 358 Modified division will see the most competitive group of drivers to have competed at the track weekly maybe ever.

Led by defending track champion Mike Gular, there will be a total of six drivers who have won championships returning to try and take home another title in 2021. In addition to Gular, Craig Von Dohren, Jeff Strunk, Duane Howard, Billy Pauch Jr., and Rick Laubach will all be searching to add another Big Diamond track title to their list of career accomplishments.

Von Dohren will lead the list of drivers in 2021. Von Dohren is only three wins shy of 100 wins at Big Diamond and will be back in the potent Dave Dissinger No. 88x as he looks ahead to the prestigious milestone.

The “Diamond Cutter” himself Duane Howard has 79 small-block wins at the track. This season Howard will be wheeling the Butch Getz No. 15. This is the same car that Jeff Strunk drove to three wins in 2020.

This season, Strunk has reunited with Dave Zubikowski in the Zubi’s racing No. 88 for an all-out assault at the speedway. Dillon Steuer will be a teammate to Strunk in 2021 at the track behind the wheel of the Zubi’s Racing No. 17Z. Steuer was a late season addition to the modified roster last season and looked stronger and stronger each week as he became more accustomed to the track.

Gular returns to the fold in 2021 after a season which saw the Boyertown, Pa., driver win his first track title at Big Diamond while taking three total wins. Gular was a model of consistency in 2020 on his way to the title and will return with the same combination this season aboard the Terry Fastnacht No. 2A as they look to make it two championships in a row.

Pauch Jr., is looking to improve on his dismal 2020 season at Big Diamond. After splitting time last season between driving his own No. 15 and the Breitenstien No. 14, Pauch returns this season with a vengeance driving his own car and is confident he can get back to the winner’s circle.

Another former champion Rick Laubach is also looking to improve on a less than successful 2020. Laubach will return this season in a new ride owned by himself and his wife Tara as part of their new venture Shaker Motorsports.  This sees Laubach return to the No. 20 which Laubach had much success with early in his career.

Two of the most established car owners at Big Diamond Speedway, Norm Hansell and Glenn Hyneman are back in 2021 albeit with two drivers who have never ran weekly at the speedway. The always powerful Norm’s Save Station No. 357 will be driven weekly this season by former Coalcracker 72 winner Danny Bouc. Bouc has always ran well in his limited starts at Big Diamond and is looking forward to competing there weekly.

Dominick Buffalino is the new hired gun for the Glenn Hyneman owned Keystone Racing No. 126 in 2021. Buffalino has very few starts at Big Diamond, but with his experience and knowledge I do not expect it to take too long for the new pairing to get up to speed.

Another driver to keep your eye on this season is young Alex Yankowski. Last season Yankowski took a big step at becoming a title contender when he reeled off two consecutive wins in a row mid-season. The youngster just keeps in improving each season and will have a lot to say in 2021.

All returning on Friday nights in 2021 is Jared Umbenhauer who returns driving the Mike Harvey No. 1H. Mike Lisowski, who picked up his first ever modified win last season will be back with his family-owned No. 15, as will Nick Rochinski in the Rochinski Enterprises No. 20R

Shawn Fitzpatrick, Craig Whitmoyer and Kevin Beach Jr are all drivers who have had really fast hotrods the past few season but for many reasons have not been able to visit victory lane. Maybe 2021 will be their year.

Friday night April 2nd is the tracks 2021 season opener and with most tracks still not being open for competition, some invaders are expected to be on hand all looking for the $4,000 first place prize for only 25-laps of racing. Recent Bridgeport winner Michael Maresca has said he will be making the trip south from Potsdam, NY for Friday aboard the family-owned No.7MM. New Delaware resident Brandon Hightower, who is originally from Louisiana has also indicated that he will be making the trip up to compete on Friday night in his No. 52.


It surely will be a competitive year in 2021 at Big Diamond Speedway and it is anybody’s guess who will reign as the Insigner Performance Modified track champion at season’s end. Big Diamond Speedway will be the place to be on Friday nights. If you can’t make it to the track, www.dirttrackdigest.tv will have all the action via pay-per-view in 2021.

If you have any questions or comments, I can be reached via email at dirtracefan25@hotmail.com or on Twitter @dirtracefan25