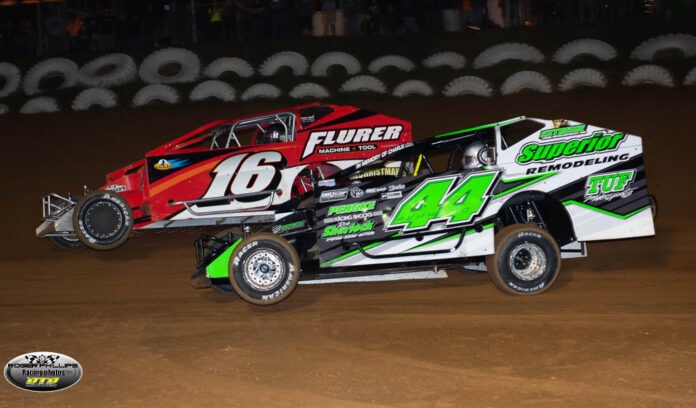 It has been quite a past couple of weeks for Anthony Perrego. The Montgomery, N.Y., wheelman has had things going his way.

On Saturday night, August 28th, Perrego was crowned champion at Orange County Fair Speedway in the small-block Modified division. Fast forward just five days later and Perrego out runs the two biggest stars in dirt Modified racing as he beats both Stewart Friesen and Matt Sheppard to win the big-block Modified title at Orange County Speedway worth a cool $25,000.

But Perrego was not done. Just two days later Perrego keeps it going and wins the Modified title at the Albany-Saratoga Speedway. That is three championships in less than a week for the personable young driver.

“Obviously, it was pretty cool to beat those guys (Friesen and Sheppard) for the title,” mentioned Perrego. “To not win a big-block race all year and to win that one was pretty wild. You know our program has been really good this year. We are probably having one of our better years even though the wins aren’t quite there. We have won I think eight or nine times, but we are top five almost every night. The consistency is there and the wins will come if you are running like that.”

Perrego towed the Brian Smith Superior Remodeling No. 44 to Big Diamond Speedway on Monday to take part in the $17,000 to win Coalcracker 72. After a bad draw coming through the gate which forced Perrego to not qualify in his heat, the ‘Montgomery Missile’ won his consi which relegated him to the 22nd place starting spot. All Perrego did was come up through field, on a track that had some character to it due to all the rain, and finish a strong fifth.

“Not a bad finish for us tonight,” cited Perrego. “We had a terrible draw as normal and the heat racing here is tough, but we got ourselves in decent finishing spot to start up front in the consi. We were good in the consi and just made a couple of adjustment for the feature and to tell you what, we were really good getting through traffic. I would’ve like to see a couple of more yellows late in the race.

“I was able to get through the lapped traffic pretty quick and I could see Strunky (Jeff Strunk) in front of me.  We were catching him, but just ran out of time. I am not sure if I could’ve got any further than that because, by that time, I had burnt up my stuff.”

Despite the year Perrego has had so far there is still much to be accomplished as we get into the late season big money races. In the Short Track Super Series, Perrego is in the mix for both the North and South Region titles. Currently Perrego sits in second in the North Region only 43 points behind leader Matt Sheppard and in the South Region he is tied for the lead with Mike Mahaney with the season winding down.

“We are looking forward to Port Royal in October, we ran really well there last year,” said Perrego. “We are looking forward to that for the South Region points. Then there’s Fonda in a couple weeks and we had a strong run there back in the middle of the summer. Those 200 lappers are not our cup of tea because I am fairly new, and I haven’t run too many of them, but we will do our homework and continue on and see if we can keep this good momentum going.”