What looked like to be normal Saturday night at New Egypt Speedway last week with Billy Pauch Jr., winning his sixth race of the season took a surprising turn in post-race tech. Mike Gular and the Terry Fastnacht No. 2A team informed the track officials that they wanted to protest the engine in the Rick Holsten No. 96. The Holsten/Pauch team then in turn returned the favor telling those same officials that they would like to protest the No. 2A team as well. 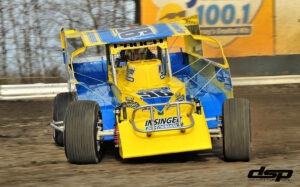 The heads were pulled off of both cars and sent to Brodix headquarters in Arkansas. On Thursday, New Egypt Speedway released the following statement in regards to the tech process and their decision.

“Following a post-race inspection, due to a protest Saturday night September 4, 2021, the Rick Holsten owned #96 was found to have altered heads. As a result of the infraction, all points and money from the September 4, 2021 event will be forfeited. In addition, the team is suspended from any further points races for the 2021 campaign and they will lose an additional 100 points.

The heads were shipped to Brodix Cylinder Heads in Mena, Arkansas where the investigation found the heads to be altered to the degree which constituted an infraction of the NES rules.”

The rule in question in the New Egypt Speedway rule books states the following in regards to cylinder heads:

In a widely circulated email released by the Pauch team, Brodix relayed the follow information to the speedway, which was later released via the Pauch Racing page via Facebook.

“Fred,
As per your request, we inspected 2 pair of SPEC Chevy cylinder heads. On one pair there was a very slight, machined cut above a portion of the seat ring, that lightly touched the chamber on one side. We also noticed that while blending the bottom of the valve job, the cutter had touched the aluminum in a few places just below the base of the seat ring. On the other pair of heads we inspected, the valve job was confined to the seat ring only. Both pair of heads met factory specifications in all other areas. If we can be of any further assistance please don’t hesitate to let us know. Thank you.”

Pauch Jr., was obviously disappointed in what transpired and the decision that was made to disqualify his team. Pauch Jr., spoke exclusively with Dirt Track Digest about the disqualification.

“It’s a gray area,” said Pauch Jr. “To me it comes down to a pissing match between all the motor builders right now. Everyone thinks they are cheating, and they are pushing at it. The whole seal deal with the specs has got out of hand, the seals can’t be trusted. I had 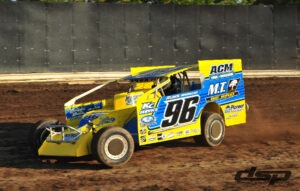 mine sealed by George (New Egypt Tech Inspector George McElvey) because I was specifically told that Jim Carey from Big Diamond cannot seal my motor because we don’t want to have any critics. So, the only motor he drove to Morgantini’s for to seal was mine. We passed seal inspection, we passed everything. Once your tech inspector says you’re good, you’re good. When we won Saturday, we passed seal inspection and every single seal pulled fine so where do you go?”

Thursday and Friday were hectic days for Pauch as he was trying to make sense of all that had happened with all the parties involved.

“I have to say the guys at Brodix were the nicest bunch of people to talk to,” cited Pauch. “They told me it was not a performance advantage. When you do a valve job on a head, the way that seal goes in there catches the back on the third valve job, it caught the back of the head and it nicked the two down a little bit. At that point it has altered the head, but it didn’t do anything from a performance standpoint. There’s nothing there and from what I understand, 50 percent of the heads out there have it this way. So now, do we send every head that’s out there? Where do we go?

“The guy who we bought them off of says the owner of the track has two of the same kind. So where do you go? I’ll be honest, I took everyone’s opinion that these heads were fine until otherwise proven. When Brodix said this morning there was no performance advantage, now it’s game on.”

Pauch did reach out to New Egypt general manager Joey Liquiori and track owner Fred Vahlsing to get a better understanding in regards to the situation. He indicated that he spoke with Liquiori on several occasions and that he was nothing but upfront with him before receiving the final decision. Pauch’s anger was directed toward speedway ownership as he felt like the decision was the result of a prior grudge with his father. 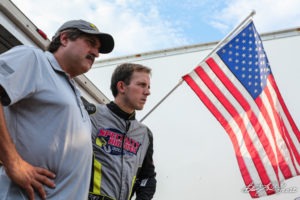 What does this mean for Pauch and his team going forward?

“I told them on the phone that they are just pushing me right out,” said Pauch. “Ricky (96 car owner Rick Holsten) took it better than I expected and Morgantini was steaming. He wanted me to sue, but I am not going to go down that route. Next year we’ll either go to Grandview or Bridgeport and when they have the 100 lapper later this year we’ll go to the Camp Barnes race instead. I know it doesn’t pay as much, but just to prove a point.”

Dirt Track Digest reached out to speedway management for comment on this story, but calls and text went unanswered.