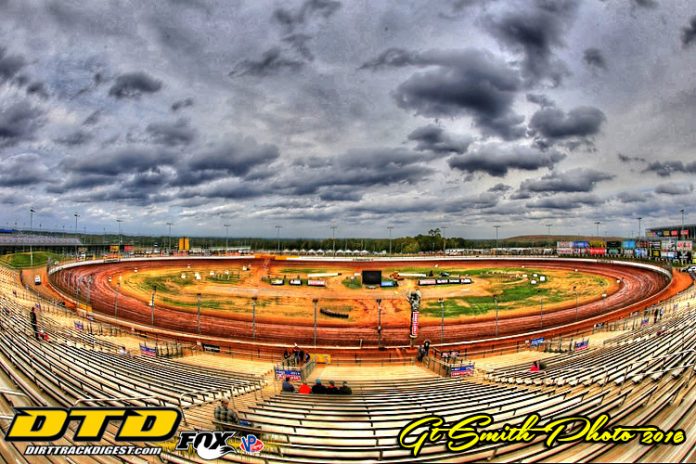 I said it last week when I wrote a preview for Eastern States Weekend and I’ll say it again, where did the season go?  The season has simply flown by and after this weekend it is nearly over for the big-block Modifieds.

In less than 24 hours the Super DIRTcar Series returns to The Dirt Track at Charlotte for the 2017 edition of the Textron Off-Road World Finals.  This year there is even more significance placed on the event as we have a true chase for the 2017 championship.  There is a lot on the line as the teams head to North Carolina.


Fast Timers: Brett Hearn holds the track record for the Modifieds with a lap of 15.088 set back in May of 2005 which came prior to the start of the World Finals.  Hearn has set fast time on three other occasions for a total of four to lead all drivers.  Multiple drivers are tied with two fast time awards each including McCreadie, Sheppard and Jimmy Phelps.

Winners: There have been 22 events run for the Super DIRTcar Series drivers at The Dirt Track at Charlotte with 12 different drivers earning victories.  Tim McCreadie leads the all-time list with four career wins at the facility in Modified competition.  His last triumph came back in November of 2011.

Brett Hearn sits second with three career triumphs, but he hasn’t won a main-event at the track since November of 2013.  Behind him there are five drivers with two wins each including: Steve Paine, Tim Fuller, Stewart Friesen, Danny Johnson and after last year, Matt Sheppard.

Does Sheppard get the clean sweep again?

Sheppard swept the 2016 event winning the Friday and Saturday night portions of the event while winning his fifth Super DIRTcar Series championship.  The pair of wins were his first ever at the facility and secured him a new series record of 12 wins in a season.  This year, Sheppard has 11 series wins even after missing two events, and a 30 point advantage over Billy Decker.  If he can sweep he guarantees himself the title, his sixth, and he’ll give himself a new series win record to shoot for in 2018.

Can Decker wrestle the title from Sheppard?

Decker has 71 career Super DIRTcar Series victories to his credit, but none of them have come at The Dirt Track at Charlotte which to me is a shocking statistic.  He’s won everywhere.  He has two career second place finishes and nine overall top five runs.  If he is going to gain on Sheppard and win the title he’s going to have to find a way to put his Mike Payne Racing No. 91 in victory lane.

Will there be another surprise winner?

Everyone like’s an upset and two that come to mind at The Dirt Track were Tim Kerr and Kevin Bolland.  Kerr took home the win back in November of 2015, shocking many in the Super DIRTcar Series world with the triumph.  It was his first and only career series victory.  Another notable surprise winner was Kevin Bolland in 2003.  The Western Pennsylvania hot shoe was a dominant force in his region but shocked the series regulars getting it done at Charlotte.   Is another surprise in the cards for 2017?

Race Winners:  I’m going to stray from the norm here as I’m going out on a limb to say that we’ll have a new winner on at least one night at The Dirt Track at Charlotte.  Last year both Justin Haers (second and a third) and Pat Ward (second and fourth) were on the ball and close to parking their rides in victory lane.  One of them comes out of Charlotte this year with a victory.  The other night, I’m thinking it’s going to be Sheppard matching his record by scoring his 12th win of the season with the Super DIRTcar Series.

The Championship: It’s hard to pick against Sheppard considering the season he’s had.  Sheppard won the track titles at Outlaw Speedway, Canandaigua Motorsports Park and the Utica-Rome Speedway.  He’s amassed over 40 wins for the first time in his career.  He’s swept the biggest weekend in the Northeast at Super DIRT Week and he’s coming off the 2016 sweep of the World Finals.  Not to put a jinx on him, but with a 30 point cushion the pick has to be Sheppard.  I have feeling Decker will make it close, but Sheppard has been so good, so often this season that it’s hard to see things not going his way.

The Textron Off-Road World Finals gets underway with time trials and heat races for the Super DIRTcar Series on Thursday, November 2 before consolations and features on Friday and Saturday night.  Be sure to stay tuned to www.DirtTrackDigest.com during the weekend for latest news and photos from the event. 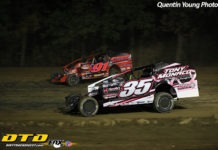 News, Notes and Quotes from OktoberFAST Night One at Albany-Saratoga Speedway – DTD Exclusive