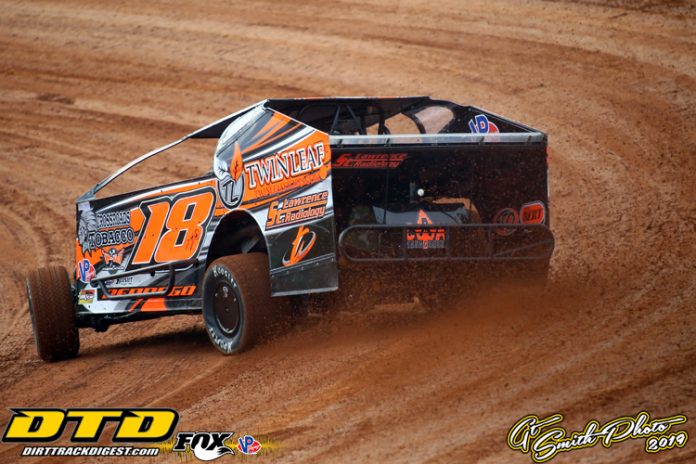 It’s been a strange conclusion to a successful 2019 campaign for Orange County Fair Speedway regular Anthony Perrego.  Perrego has driven for multiple car owners throughout the 2019 season, but as the year draws to a close, he finds himself in a different ride for events at The Dirt Track at Charlotte and beyond.

In a much discussed move, Perrego is no longer the driver of the Gary Simpson No. 12 and just before the events at Charlotte, he also split with car owner Ray Graham.  For the World Finals, Perrego joined forces with Carey Terrance and the Rez-X Racing.

“Ray had Max (McLaughlin) driving the other car and we were going to take a different car down here,” stated Perrego.  “I didn’t know if it was going to be competitive enough.  I decided I was going to stay home and last-minute Carey (Terrance) called and him and Matt (Hearn) got together and asked me if I wanted to do it.  I told them no at first, but then things just worked out and here we are.”

As for the deal with Simpson, Perrego indicated it was just too difficult to fit all the pieces together.  There was not enough time in the day.  He was grateful for the opportunity offered him by both Simpson and Graham.

“It was a long trip down there (to Delaware) and with Ray’s deal and Brian’s (Smith) stuff it was getting to be too much,” mentioned Perrego.  “I couldn’t make it down to Delaware to do it the right way.  It’s tough when you are working on the car right before you hit the track.  Gary is a great guy, so is Ray, and they gave us everything we needed to do it.  I definitely appreciate them.  They definitely gave me an opportunity to do some stuff that I wouldn’t have otherwise.”

The deal with Rez X Racing offers Perrego his first chance to race at The Dirt Track at Charlotte as a teammate to Carey Terrance.  It’s one he’s excited about.  He had pre-existing relationship with Terrance and now that may turn into more in the future.

“I’ve been down a couple times when Tyler Dippel was racing here and helped him out,” stated Perrego.  “I never had the opportunity to race around here.  This a good opportunity for me and possibly in the future.  Maybe we can work something out with Carey (Terrance).

“We went to Mohawk (International Raceway) earlier in the year with him with the small-block deal and also tested up there.  I think it’s good for both of us to put our heads together to understand what the car is doing.  I’m also helping him a little bit.”

Making the situation an easy fit for Perrego is the fact that the team utilizes Teo Pro Cars.  There have been many high-profile drivers changing away from the brand while Perrego has been a solid constant for the company. Perrego has shown speed in every race he’s been in with his Teo as he and Hearn attempt to right the ship.

“Matt works hard,” commented Perrego.  “A lot guys are not changing as much as we are.  He is looking for a good baseline.  We find it and get some other guys on it.  They seem to go a little better.  Over the winter here we are going to do our homework and get everyone going as we good are.”

Perrego also indicated he’ll continue with the Smith team in 2020. 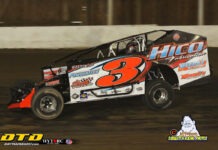 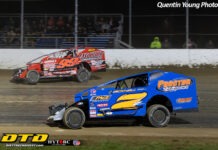 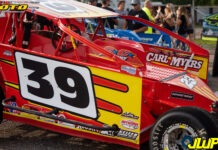