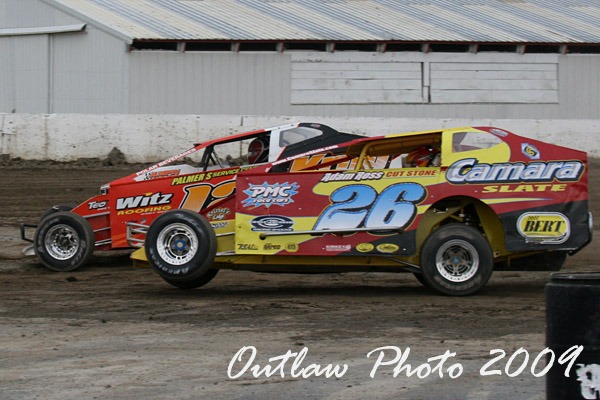 After being on the sidelines for a decade, it’s time to turn on the flash for another photo.

Former Fonda Speedway multi-time track champion Dave Camara is returning to the Modified ranks for the 2023 campaign.  Camara, who’s sat idle since the 2010 season, is teaming up with long-time car owner Wes Moody to make his return to the weekly wars for the upcoming season.

“I’m wicked excited to come back,” said Camara when reached by phone by Dirt Track Digest.  “We’ve been able to work out a deal to team up with Moody Mile Motorsports for next year.  The early plans call for us to compete weekly at Fonda Speedway on Saturday night’s while doing most of the Short Track Super Series North Region races.”

“This is a really good deal,” said Camara.  “He has some really good stuff.  It fit my mold of what I was looking for.  He’s been around racing forever.  We got together last Sunday at the shop and we were able to put this deal together.” 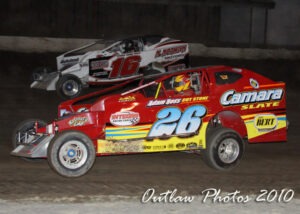 Camara is looking forward to having the opportunity to compete again.  When he stepped away from racing, he never got completely away from the sport.  He always knew he wanted to return, but finding a ride can be far more difficult in the modern era.  Rides aren’t nearly as plentiful as they once were.

“I’m 54-years-old and didn’t want to get too old before I did it again,” said Camara.  “I didn’t want to be in my 60s and kicking myself for not taking another shot at it.  It’s been too long.  I’m really looking forward to getting back out there.”

There has been a lot of change with the cars since he last turned laps.  Coils aren’t new to him, but the modern incarnation will be a lot different than what he’s experienced in the past.  He knows he’s going to need some laps to get up to speed.

“It’s just going to take some time to adapt to this new style of cars,” said Camara.  “We talked about getting some laps early in the season.  I want to go somewhere so I can just turn some laps and get a feel for the cars.  When I first started out Jack Johnson told me as a driver I needed to understand how the cars work.  I want to get in the shop to visualize things and then get to the track to see how they work and feel.  If I can get some laps early on, we’ll be able to get up to speed.”

He’ll also be competing against a much different generation of racer this time around.  When he took his racing hiatus he was competing against the likes of Jack Johnson and Dave Lape.  Jeff Trombley and Matt DeLorenzo were part of that mix as well.  They still compete, but they are joined by a whole new crop of talent when he walks the pits at Fonda.

“One of the hardest parts is going to be knowing who I’m racing with,” said Camara.  “I walk through the pits and I can’t believe how young some of the guys are.  I remember Dave Lape looked at me during my first-year racing and asked me if I graduated high school yet.  I laughed and told him I was 24.  I’m excited about it.  We need the young guys coming up or the future of the sport is dead.  It’s going to be a lot of fun.”

Camara will have multiple Teo Pro Cars at his disposal for the upcoming campaign and multiple motor combinations to help get him up to speed.  He hasn’t competed in Modified action since back in 2010 when he stepped away.  That will all change when Fonda Speedway opens its gates in early April.