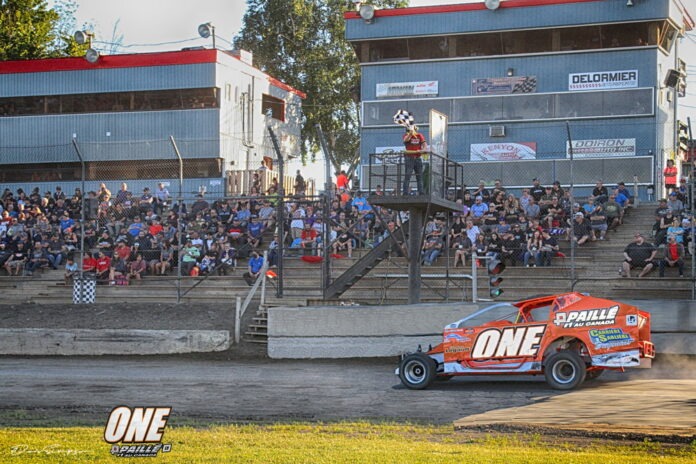 CORNWALL, ON – The Canadian Super DIRT Weekend is expanding again for his third edition as a parade of race cars is added to the calendar on Sunday, October 2nd to kickoff biggest event of the year at Cornwall Motor Speedway!

The Parade of Race Cars will be touring in the streets of Cornwall via Police Escort. This will be a first for the speedway and the City of Cornwall! The parade is set to being at 1:00pm and will make a tour through the city. It will be a great way to promote our 3-day Canadian Super DIRT Weekend that begins on Friday, October 7 in which will be a record year in attendance with over 200 competitors expected on some nights.

Location and starting point of the Parade will be confirmed in the coming days. In addition to the Parade, a meet and greet with the drivers will occur after the touring of the Cornwall streets. Kids will be able to get autographs and photos of the race cars along with talking to the drivers. Fans will be able to see our 358-Modifieds, Sportsman, Pro-Stock and Mini-Stock cars.

Drivers who would like to take part in this exciting first event, are to confirm their attendance with either Corey Wheeler or Raymond Lavergne via their Facebook page as we are looking to promote and bring our sport to another level!

More announcements regarding the Canadian Super DIRT Weekend presented by King Edwards Auto Parts and DIRT Outlaw Apparel will follow soon as we are about 2 weeks away from the first night!