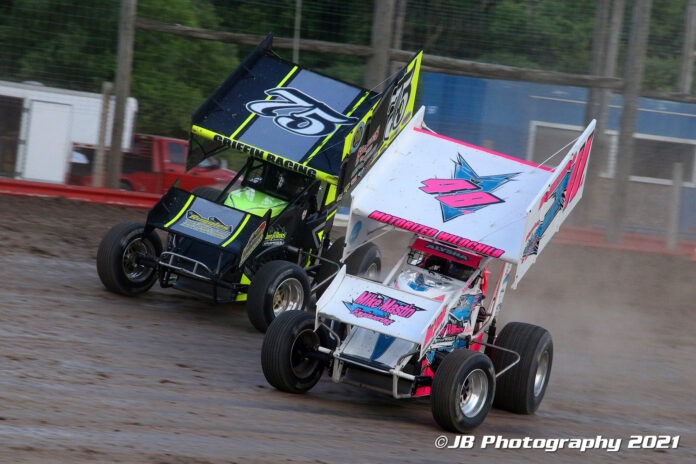 There has also been four different A-Main winners in that same four-race span, with the series heading to a track where there has been six different winners going back to 2015. Two drivers attending this Friday night fan favorite at “The Home of Heroes” are hoping they can break that streak. Alysha Bay and Kyle Pierce both won their first at Brett Deyo’s Utica-Rome Speedway in 2021 in June and August respectively.

For Bay, and up and down season that resulted in the loss of one car has now turned into a CRSA victory with another.

“We’ve had a rough beginning of the season losing that Eagle chassis in a heat race crash,” said Bay earlier this week.

“My crew went to work on this X-1 chassis and it was awesome to show them, and dad, that this car can make it into Victory Lane too.”

The roar from the crowd last Saturday night in Victory Lane was palpable. Something that Bay said she really needed.

“That was much needed after the crappy start to our year. Hopefully this is what turns it around.”

Bay has fond memories of her June 2021 win at Utica-Rome Speedway.

“Winning in front of that crowd they had that night. Plus beating one of the 360 stars in Matt Tanner made for a great night. I enjoy running there, it reminds me so much of Land of Legends where we run weekly.”

While Bay has been around the 305 game awhile, Spencer, NY driver Kyle Pierce is still “fairly new” in comparing years of experience. That being said, Pierce had a breakout season enroute to the 2021 CRSA Rookie of the Year with his first two CRSA Sprints wins- one at Utica-Rome in August and his first that came at the opening round at Penn Can.

Pierce might be new, but they’re not shortcutting the work it takes to be a successful team.

“The track was phenomenal last year and the car worked well all night,” Pierce recalled from the win in August.

“The best part was knowing how much Dad and I have put into getting better at these cars. They are very tricky to be fast so any night you can be on, you are grateful for it.”

A bad draw through the gate last week at Land of Legends Raceway hampered Pierce from showing just how good they have gotten. They missed qualifying through the heat by one spot, but come A-Main time they gave the car just what it needed. Pierce passed 10 cars enroute to an eighth place finish.

“We decided to try something completely different and see if it worked. The car came to life in the B-Main and we adjusted some more before the A-Main. We were really good right off the start and were able to pass some very good cars. Again, something I will say over and over, none of that would be possible without the work that Dad puts in week in and week out.”

Pierce also spoke to the support the family offers to get from race to race.

“It’s really awesome to be able to do this with (Dad) and the support of my wife and family. They make the feeling of success that much better. Hopefully we can take that momentum from last week (at LOLR) and translate it to Utica-Rome and the rest of the season.”

Heading to Utica-Rome is heading to a place Pierce likes very much and brings a sense of confidence to.

“I enjoy going to Utica-Rome because it is a track layout unlike any other I’ve been on. It’s somewhat similar to Skyline Raceway with the tight corners and long straights, but the banking and the speed are really something there.”

Going to all of these different tracks, layouts and surfaces with the CRSA Sprints is something that Pierce is really enjoying right now. Every night is a new challenge, every race is another opportunity to improve and adapt.

“The best part about running the CRSA Sprints tour is being able to run so many new tracks with a great group of people. I’m looking forward to our trip back (to Utica-Rome) this week as it will be our third time there and hopefully we come back home with our second win out of those three trips.”

Friday night is Round 3 of the I-90 “Pit Stop” Challenge Series put on by Pit Stop Convenience Stores with their 16 locations around Central New York. Utica-Rome, Fonda and Weedsport events will all pay an increased purse plus a $2,500 point fund distributed amongst the Top 10 in I-90 Challenge Series points.

Pit gates will be opening at 5:00PM. A driver’s meeting will take place at 6:30PM with Heat in Engines and Hot Laps rolling off at 6:45PM. Race time is 7:30PM. Fans not able to make it to the track to see the action in person can tune in to FloRacing to see the action live. 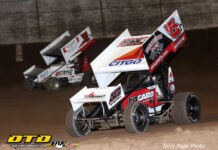 I-70 Motorsports Park 360 Nationals This Weekend