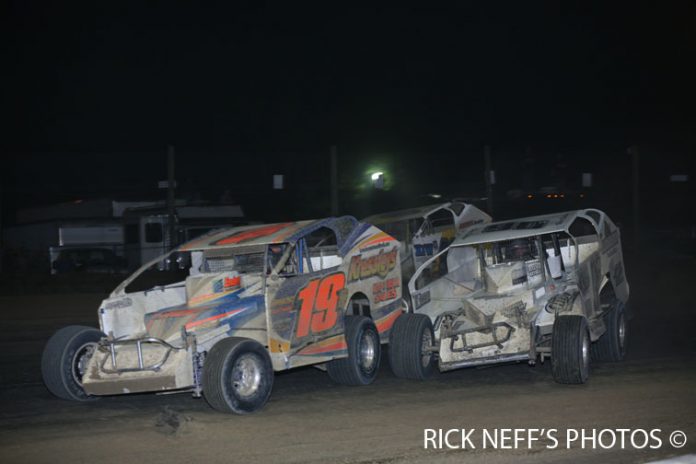 DELMAR, DE – The stars will be out this Thursday (May 24) at Delaware International Speedway.

The Bob Hilbert Sportswear Short Track Super Series (STSS) Fueled By Sunoco invades the Cathell family’s half-mile for the annual ‘Diamond State 50’ headlined by the STSS Velocita-USA South Region Modifieds racing for $5,000 to win, $1,000 for 10th and $400 to take the green in the 50-lap main.

Sheppard has a pair of second-place finishes in the southern program this season. He did win an unsanctioned midweek event at DIS in April.

Ryan Watt, a two-time series champion from Boyertown, Pa., sits second in points and is the defending ‘Diamond State 50’ winner at Delaware International. Watt has made multiple starts at the First State track this season in an effort to beat Mother Nature and get racing in. Watt’s teammate and car owner Ron Roberts plans to make it a two-car effort for his operation.


Stewart Friesen has been turning heads on the NASCAR Camping World Truck Series circuit. After a top-10 Friday in Charlotte, N.C., Friesen is back in the Halmar International No. 44 dirt car Thursday at Delaware International. Friesen was the 2016 ‘Diamond State’ victor.

Always a threat in Delaware is David Van Horn Jr., who won the 2015 ‘Diamond State 50’ and holds down fourth-place in STSS South Region points. Van Horn will tow the Fred Vahsling-owned No. 323ov to Delmar.

Ryan Godown has endured tough luck during the first two STSS South Region shows. But there’s still plenty of time to battle back. Godown hopes to turn the corner starting at Delmar.

Both members of the Pauch family – Billy Sr. and Jr. – will be in action on Thursday, Billy Sr. fresh off a Bridgeport (N.J.) Speedway win in the K&A Excavating No. 1 and Billy Jr. driving the Danny’s Pizza Pizzazz No. 51.

After a devastating incident at Bridgeport in the last STSS event, Hall of Fame driver Frank Cozze and the David Renaldo No. 401 team have rebuilt. Cozze will be in the Delaware International field on Thursday.

Pennsylvania’s ‘Big Three’ drivers have all committed to this event: Craig Von Dohren driving the Dick Biever No. 14s, Duane Howard in Norm Hansell’s Norm’s Save Station No. 357 and Jeff Strunk aboard the Glenn Hyneman-owned Keystone Racing No. 126.

New York’s Anthony Perrego has the Delaware International event circled on his calendar. A two-time winner at his home track of Orange County Fair Speedway in Middletown, N.Y., this season, Perrego is anxious to hit the Delaware half-mile in Brian Smith’s Superior Remodeling No. 44.

Rick Laubach has shown speed in Ryan Kerr’s No. 1K during the last two STSS-sanctioned events, including a runner-up effort in the North opener at Orange County.

The ‘Sensational One’ Jimmy Horton always enjoys venturing to the Delaware tracks and will be in contention with the Halmar International No. 43.

Driving for Terry Fasnacht, Mike Gular has shown speed in his recent starts as he has dialed in the No. 2A. Gular will chase both STSS North and South points this summer.

A winner already this season on his home turf of New Egypt (N.J.) Speedway is Danny Bouc, who will pilot the Craig and Leslie Pondish No. 6 at Delaware International.

Mike Mahaney has thrown his hat into the ring with the Olum’s-sponsored No. 33, taking the ride south from his King Ferry, N.Y., home base.

‘The Wheel’ Neal Williams will make a rare Delaware International start at the controls of Sal DeBruno’s South Jersey Overhead Doors No. 0 car.

New Jersey young guns Matt Stangle and Brandon Grosso are making their mark on Modified racing after successful Sportsman careers. Look for both to challenge the tough STSS field.

Delaware drivers will be looking to defend their home turf on Thursday. Jordan Watson is the only Delaware driver in history to win a Short Track Super Series event, that coming at neighboring Georgetown (Del.) Speedway in Sept. 2015.

Bobby Watkins joins Sheppard and Watson as a Modified winner at the track this season.

Jim Britt lives in Broomall, Pa., but races frequently in the state of Delaware. He will be poised for a strong run at a track he has excelled on in the past.

Delaware Super Trucks complete the show with a 12-lap feature.