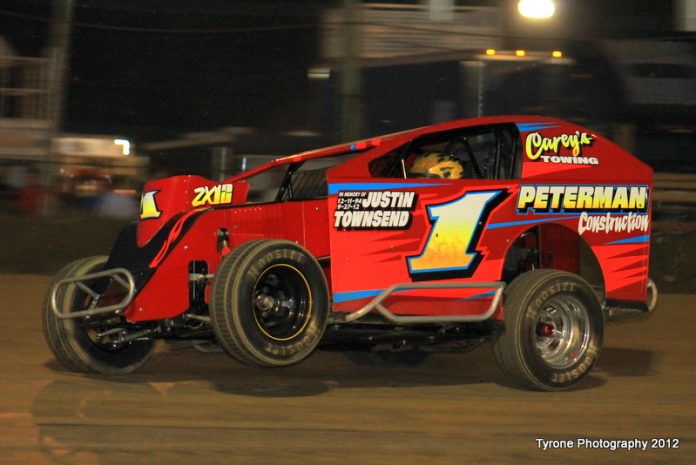 DELMAR, DE – Most of the time the support classes of the weekly racing series at many tracks tend to be overshadowed. However, this week the staff at the Delaware International Speedway is set to change that mentality up with its inaugural Sportsman Nationals. The USAC East Coast Sprints, 602 Sportsman Modifieds, RUSH Crate Late Models, Modified Lites, and Delaware Super Trucks are all set to headline a great night of racing action!

Long time track owner, Charlie Cathell states, “All of these racers support us week in and week out, and we wanted to give back to them by letting them have the spotlight for a week, and give our premiere divisions a week to regroup, take a family vacation, or have the chance to travel somewhere different.”

The USAC East Coast Sprints will make their second appearance of the season, and after a dazzling show in April, fans can expect another thriller Saturday night in the $1,500 to win feature event. Steven Drevicki picked up the win in the first event and currently leads the USAC East Coast Sprint points series over fifth place finisher Joey Biasi Jr, and third place finisher Eddie Strada, all drivers are expected to be on hand Saturday Night.

With Bridgeport Speedway and New Egypt Speedway taking the night off on Saturday, it is the perfect opportunity for out-of-town drivers to head south for their chance at a 20 Lap – $1,000 to win pay day in the 602 Sportsman Division. DIS will be running the show in the same format in which they run their specialty “Full Throttle Series” races where they use the same rule base for Chips, Motors, Tires, Fuel, and Shocks as the Short Track Super Series does.

The RUSH Crate Late Models will get their chance to shine when the green flag drops on Saturday night in their 20 Lap – $1,000 to win feature event. Set for only two days after the World of Outlaw Late Models Race at Georgetown Speedway, this race gives drivers the perfect opportunity to stay an extra couple days at the beach and get another chance to run for great money on Saturday Night. DIS will be running the event in the same format in which they run their “Battle of the Bay” series and all cars and drivers must conform to all rules set fourth by the RUSH Crate Late Model Series.

Modified Lites will be looking for the big payday on Saturday night as they will have the chance to win $750 when the checkered flag drops in their 20-Lap feature event. Defending Champion and Current Points leader James Hill will be on hand, and will be looking to maintain his multi race winning streak that he has cultivated this season. However, with the big money on the line outsiders may look to invade and try to knock the crown out of Hill’s hands, and there’s only one way to find out, and that’s to be there! DIS will be running the same rules for the Modified Lites as they do at the Delaware Dirt Track Championships where drivers are not required to run the track muffler, all other Engine/Weight, Tire, Fuel, and Shock rules apply.

The Delaware Super Trucks will make another appearance on Saturday night, and will help round out a field of cars that will all embrace their chance to headline the night!