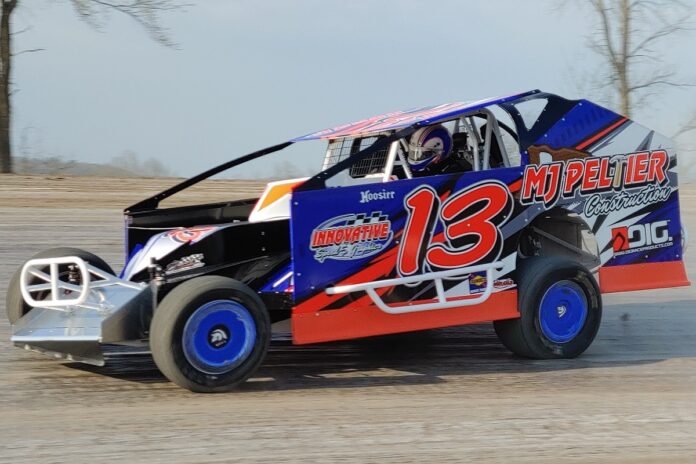 WEST HAVEN, Vt. – Devil’s Bowl Speedway is ready to set records in 2021. The historic Vermont dirt track opens its 55th season of racing on Saturday, May 1 at 7:00 p.m., as Mike’s Fuels of Bridport presents the action, and race fans are in for a summer for the ages, as the fastest-growing track in the Northeast skyrockets into the new year.

The new season is expected to smash modern-era records, as a huge wave of new drivers across five racing divisions has entered the fray. A diverse field of nearly 80 cars attended an open practice session last weekend, and all signs point to an opening-night car count well past 100 entries.

The headline Sportsman Modified class – with more than 30 cars expected to attempt qualifying – will run for a whopping $2,500 winner’s purse on opening night. The feature event has been extended from 30 laps to 32, signifying the car number of driver Matt Bilodeau, who passed away unexpectedly in early April.

Reigning champion Demetrios Drellos of Queensbury, N.Y., will return for opening night, and he will be one of many drivers honored during a special awards ceremony. With the annual Banquet of Champions cancelled due to the pandemic, race fans will be the audience as the top drivers of 2020 are recognized during the presentation.

Drellos, who is fresh off a runner-up showing on the dirt at Bristol Motor Speedway in his Big Block Modified, won five Sportsman races at Devil’s Bowl last year en route to his first title. “The Greek Streak” will have dozens of challengers trying to dethrone him including former Devil’s Bowl champion Adam Pierson, and his father, Gene, a former Coupe champion who will run at Devil’s Bowl for the first time in his long career.

The Super Stock division is expected to continue its recent growth, and champion Andrew FitzGerald of West Rutland, Vt., will have his hands full. A solid group of winners, champions, and newcomers will help improve the car count significantly over recent years – even as several drivers have graduated to the Limited Sportsman class.

The Mini Stock division – with new sponsor Summit Up Construction of Ripton, Vt. – will have a swell of new racers, and could reach up to 30 entries at the opener. Chris Conroy of Newport, N.H., returns to defend his title and brings a pair of new teammates with him. Seven rookies have registered already, with more expected.

The Friend Construction 500cc Mini Sprint division, like the Super Stocks, is anticipating growth into the mid-teens. With champion Cody O’Brien moving up, Austin Chaves of Chester, Vt., aims for his second title. Chaves has plenty of company at the top, though, with drivers ranging in age from 11 to 65 years old.

Grandstand admission is $12 for adults (age 13+), and $5 for children 12 and under. Infield Drive-In Parking, weather permitting, will be $20 for adults and free for kids. Pit Area admission is $25 for members and $35 for non-members. State-mandated restrictions remain in place; face masks are required, though vaccination cards are not.

A cap will be placed on grandstand ticket sales per state guidelines, and fans are encouraged to buy grandstand tickets in advance online at https://buytickets.at/devilsbowlspeedway; an online processing fee will apply at the time of purchase. Infield tickets and pit passes are not available online and will only be sold at the speedway on race day.