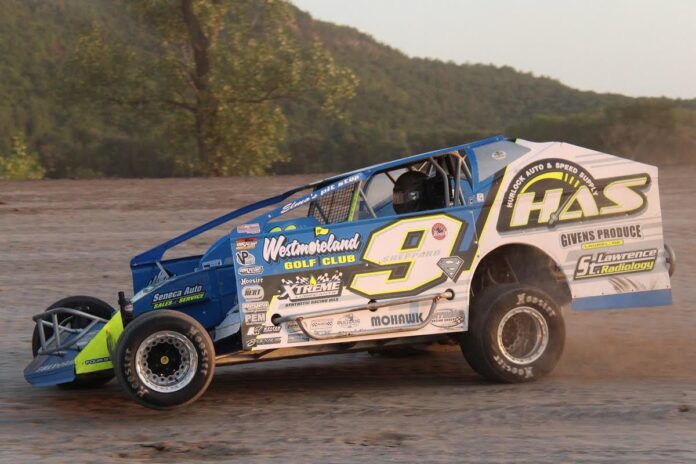 WEST HAVEN, VT – Mother Nature can’t stop Devil’s Bowl Speedway. The third annual “Battle at the Bowl” Dirt Modified event was postponed a week by rain to Sunday, August 15 at 5:00 p.m., but a little wet weather certainly did not dampen the spirit of the event. If anything, the delay has only ramped up the anticipation.

The top drivers in dirt track racing have recommitted their support for the event including some of the biggest regional touring stars, some of the best “Saturday night heroes” from the weekly bullrings of Northeast, and even some local favorites trying to defend their home turf. Within 24 hours of Sunday’s cancellation, more than two dozen drivers verified their intent to compete on the makeup date, several new drivers threw their hats in the ring, and track officials eagerly await the confirmation of many more in the coming days.

The “Battle at the Bowl” has a unique format for Big Block and Small Block Dirt Modifieds that pays $10,000 to the winner of the 50-lap Main Event. Time trials and heat races set up a pair of 25-lap preliminary features that each pay $1,500 to win, and the top 10 finishers from each feature will transfer to the main. A last-chance qualifier will take four more to fill the balance of the 24-car “Battle at the Bowl” starting field.

Devil’s Bowl Speedway’s weekly Sportsman Modified division is also on hand with a special 40-lap, $2,000-to-win feature, and the O’Reilly Auto Parts Limited Sportsman and Summit Up Construction Mini Stock divisions are also on the program with double features.

Among the many superstars expected on Sunday are “Superman” Matt Sheppard, “Ant Man” Anthony Perrego, “The West Sand Lake Slingshot” Kenny Tremont Jr., “The Empire Executioner” Tim Fuller, “The Baldwinsville Bandit” Jimmy Phelps, and young guns Mike Mahaney and Michael Maresca. Those established veterans have tallied countless major wins all over the map including Perrego and Sheppard, who won the “Battle at the Bowl” in 2020 and 2019, respectively.

The hometown crowd will have plenty to cheer for, too. “The Adam Bomb” Adam Pierson will pull double duty in both his Adam Gage-owned Big Block Modified and his family-owned Sportsman. Demetrios Drellos – the polarizing and controversial driver who is the defending Devil’s Bowl champion – will try to rebound from a one-race suspension with a double-duty effort. Brothers Todd and C.G. Morey will be in town for a rare local appearance, Jim Introne Jr. will make his return, and former track champion Bobby Hackel will attempt a double-duty effort in his first Devil’s Bowl show of the season.

Grandstand general admission for Sunday, August 15 will be $30 for adults and $5 for kids aged 12 and under. Tickets are available online at https://buytickets.at/devilsbowlspeedway and at the speedway on race day. Infield drive-in parking is $40 for adults and free for kids aged 12 and under. Pit passes are $45 per person, available at the speedway or on the “Pit Pay” Mobile App; the minimum age in the pit area is 10 years old, with proof of age required for minors, per Vermont State Law. Tickets and pit passes purchased prior to the rainout on August 8 will be honored.