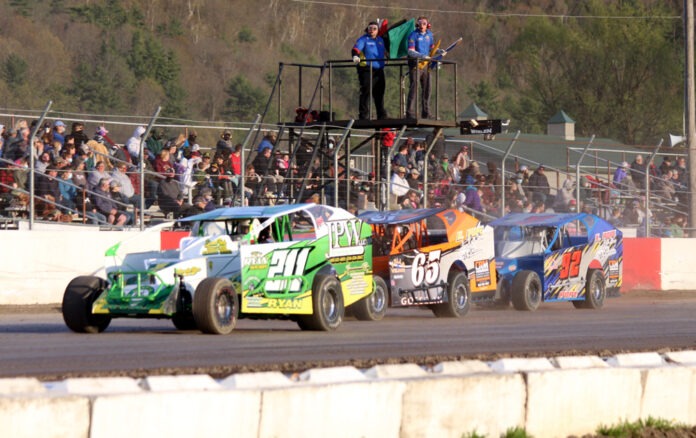 WEST HAVEN, VT – Being new at anything is intimidating, so imagine how a driver feels the first time they buckle into a Sportsman Modified for a night of competition. Devil’s Bowl Speedway promoter Mike Bruno has been there and recognized the need for a true ‘rookie’ division at his West Haven, VT speedway. In 2022 that’s just what drivers new to open wheel Modified racing can count on.

Believe it or not, the Limited Sportsman division actually started as a ‘rookie’ division at many tracks and was morphed into a ‘limited’ division after realizing that even though drivers may no longer be true ‘rookies’ by definition, they still had ‘limited’ experience.

Per track promoter Mike Bruno, the rules will be the same as his other Sportsman Modified divisions that compete weekly on Saturday nights. Once a driver is no longer a ‘rookie’ they can move into the Limited Sportsman division and eventually the Sportsman Modified headline division. If you’re a sports fan, think of it like a farm club, minor leagues, or semi-pro.

“Last year we had a big growth spurt in the Limited Sportsman that brought in new drivers to the sport that didn’t really belong there yet, said Devil’s Bowl promoter Mike Bruno.

He went on to say, “We recognized that as the season went on that we needed something for true Rookies.”

The newly formed Rookie Sportsman Division will offer valuable seat time with 8 lap heat races followed by a 20-lap feature. Since this division doesn’t offer a points championship, any driver who begins to dominate the ‘rookie’ division will be asked by speedway management to move into the Limited Sportsman division.