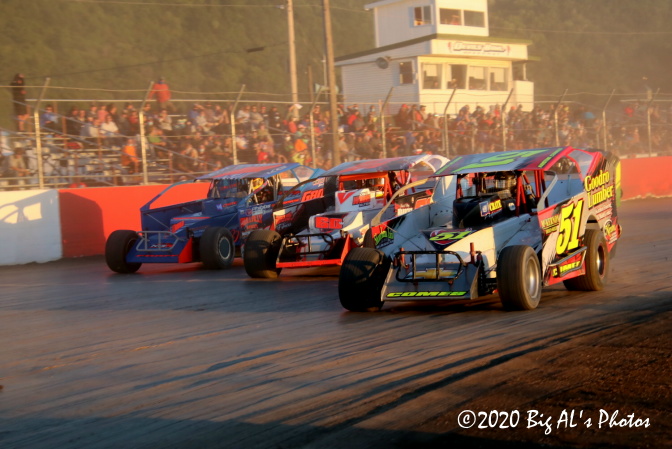 WEST HAVEN, VT – Much like the NFL draft, each year there is a sense of who might be first overall. Kenny Tremont Jr. was unstoppable for six seasons, where he earned four track titles at Devil’s Bowl Speedway between 2015 and 2020. When ‘The Bowl’ switched to Saturday night racing in 2021 it changed everything. There was suddenly no clear favorite. Again, that rings true heading into 2022.

Sportsman Modified have a strong weekly field ready for the action-packed season opener at Devil’s Bowl Speedway on Saturday May 7th with a full racing card that includes 30-laps for $3,000 to win. Also in action will be the Limited Sportsman, Rookie Sportsman, Mini Sprints, Mini Stocks, and Super Stocks. With all the action planned, race fans are talking about who might win the Modified title in 2022.

Without Tremont, Drellos, or Hackel racing weekly as they tend to their Big Block efforts elsewhere, there really is no clear dominate favorite to win a prestigious Devil’s Bowl Sportsman Modified track championship. Let’s take a look at some drivers that just might be all smiles come seasons end.

THE CONTENDERS: Tim Laduc is defending track champion who had a pair of wins to his credit. Justin Comes had zero wins in 2021 and still only missed winning the title by one point. Vince Quenneville is no stranger to success at Devil’s Bowl, carrying one win and 17 top ten finishes into 2022. Tanner Siemons parked it in victory lane last season, and Justin Stone stormed to four wins to his credit.

NAMES TO WATCH: Todd Stone is returning to Devil’s Bowl Speedway for weekly competition in 2022. His storyline will be more than just title talk, but weekly bragging rights as he competes against his son Justin. Father-son duo of Walt Hammond and Walt Hammond Jr. will be joining the weekly competition adding another family rivalry to the excitement weekly.

Young gun Josh Masterson is looking to make himself a household name along with Limited graduates Troy Audet, Austin Comes, and Dylan Madsen. Comes moving up gives fans a brotherly rivalry, while Madsen looks to carry on the tradition of family success on the track. Audet is out to prove the number 13 is not unlucky. Each of these young talents are eager to make their mark on the history books.

Devil’s Bowl Speedway is rich in talented drivers that puts seasoned veterans against young guns. The 2022 season championship is completely up for grabs to any number of drivers willing to put in work at the shop, dedicate to the weekly grind, and push their potential to its limits. After all there is an old adage in racing that says, “Winning races get you headlines, but championships build you a legacy.”