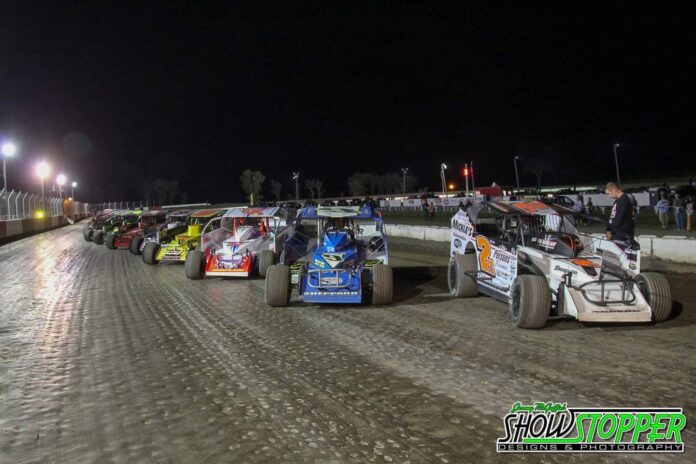 West Haven, VT – Devil’s Bowl Speedway prides itself on offering something special every week to both challenge drivers and entertain race fans. Then there are marquee headline events that are a must see like the upcoming CJ Richards Classic ‘Battle at the Bowl’ on Sunday August 7th where Modifieds big and small will tussle 67 laps for $10,000 to win, with $1,000 to start. Here’s why everyone shouldn’t miss it.

There has been a CJ Richards Memorial event since 2012, so the race has history and track promoter Mike Bruno wanted to empower the prestige in winning such a tribute in honor of a man who founded CVRA (Champlain Valley Racing Association) in 1963 and later opened Vermont’s fastest dirt half mile on Route 22-A in West Haven later on in 1967.

Battle at the Bowl was a newer concept with a unique format taking place at the bowl since 2019. And within the blink of an eye, the two were beautifully morphed into one of the must-see marquee events to headline the 2022 racing schedule at the Speedway. The CJ Richards Classic ‘Battle at the Bowl’ is a brand-new bag baby, with the nostalgic touch of history to make it a fan favorite every year.

This year’s event will be a $10,000 to win battle that includes $1,000 to take the green in a 24-car starting field for drivers in the Big Block / Small Block Modified division. If a driver shows up, hustles hard, and doesn’t make the show he or she is still going home with Bruno bucks to the tune of two hundo. Ah yes, good old fashioned tow money in the amount of $200 brings back memories.

How the event works is draw for heat groups followed by time trials where drivers hot lap and time with the same group. Time Trials set the lineup for the 12-lap heat races, with top five qualifying for the battle and the top three going to the redraw. A pair of 12-lap last chance qualifiers will fill out the 24-car starting field for the 67-lap main event in honor of the year Devil’s Bowl was opened.

Rules for the event can be found on the website or social media page for Devil’s Bowl Speedway, which comprise of common rule packages ran locally with various weights based on engine specs. Hoosier Racing tires only for the event. Any questions first visit the web or social pages, or contact Mike Bruno.

Also racing Sunday August 7th will be the Sunoco Sportsman Modifieds with a draw-redraw race format in a 40-lap event paying $2,000 to the victor, Limited Sportsman, and Mini Stocks. No racing scheduled for Saturday evening, but there will be an open practice.

Bruno continued by saying, “He opened the doors to this track in 1967. We are fortunate to be able to carry on his legacy and honor the work he did.”

“We’ll see who holds the $10,000 check after taking the checkered flag. It’ll be a hard fought 67 laps,” Bruno concluded.