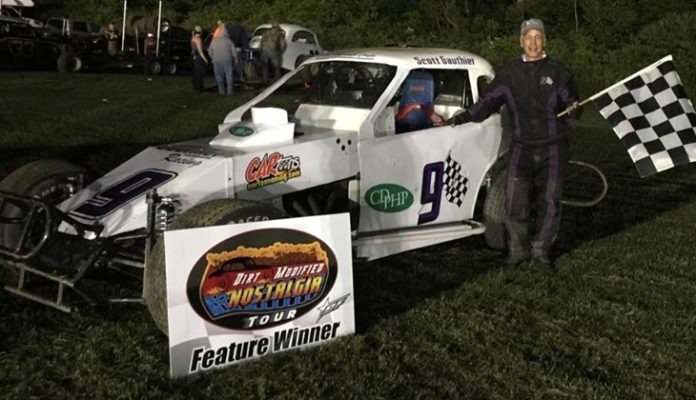 KIRKWOOD, NY – The Dirt Modified Nostalgia Tour made it’s second appearance in as many years to the 5 Mile Point Speedway this past Saturday night.

When the dust settled in the 15 lap feature go it was Mike Houghtaling claiming the Unlimited win with once again Chip and Scott Gauthier battling hard on the racetrack for sibling bragging rights. Both would take their respective class wins however.

Pit notes…Joe Makowski would return to the series only to see his night end early with mechanical failure…Brad Litzenberger slowly getting the hang of the new car with a lot more speed in his second outing.