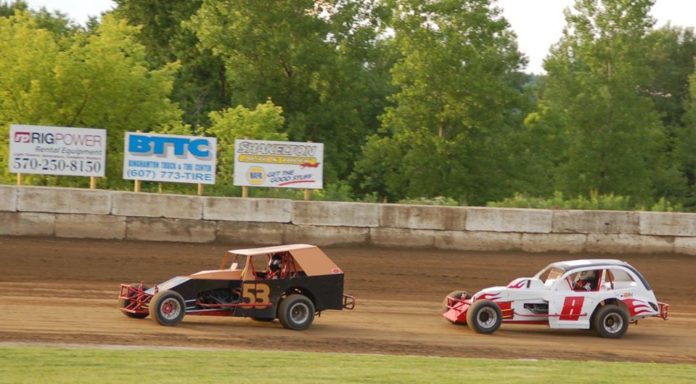 KIRKWOOD, NY – The Dirt Modified Nostalgia Tour held an add on race this past Saturday night here at the 5 Mile Point Speedway.

Chip Gauthier made it three in a row in the Modified class but was kept honest by his brother Scott throughout the feature go. Steve Longo would corss the line third and Alan McDonald would bring home the Nostalgia honors.

Pit notes…Steve Longo with suspension damage in the Unlimited feature…George Palmer making his second appearance…threat of rain hurting the car count this week…DMNT slated to be back in action in late July with Afton & Thunder Mountain back to back.
Modified Feature 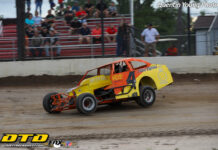 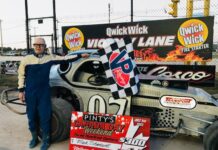 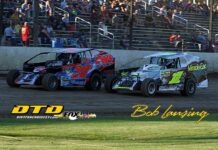