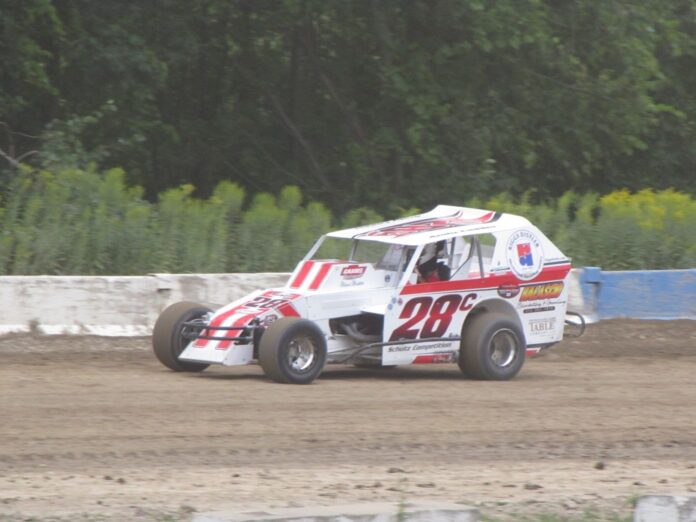 VIRGIL, NY – Boyertown, PA’s Andy Cassel made the three hour tow to Skyline count as he cashed in the $400 first place prize money in his first ever visit to the speedway.

Points leader Joe August Jr. would jump out to the early lead with Matt Barbour of Brockville, On in the runner up spot.

Cassel and Jack Miller of Scoharie, NY would slowly pick their way through the pack closing in on the leaders.

Just under the halfway mark a yellow for Kingston, Ontario’s Phil Ross would get into the frontstretch wall, would see contact between August and Babour with August going around into the infield. This would put Cassel now in second.

On the ensuing restart Cassel would power by Barbour to claim the lead.

A late race caution would see August pile drive into the back of Miller’s 37A machine, damaging the front end with a shock dragging. After repeated calls to go to the pits, officials would have to stop the 17g and have him removed from the racing surface.

Cassel would then go on to claim the win over Barbour and Miller. John West would come home fourth and Brad Litzenberger would round out the fast five with his best finish of the season.

The series is now off until Championship night at the Brewerton Speedway October 15th.