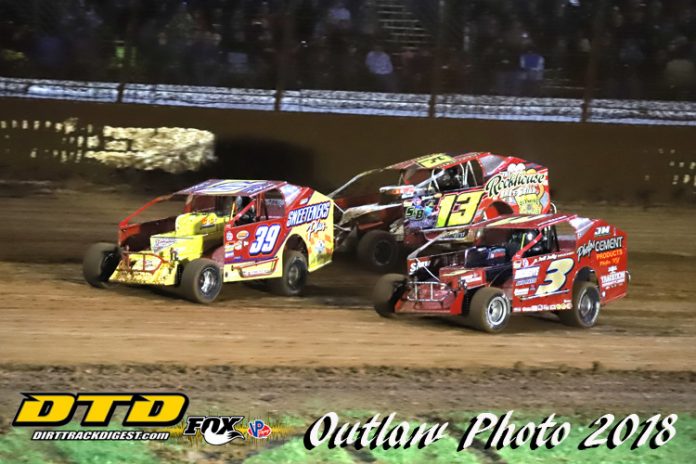 CHARLOTTE, NC – Heavy afternoon rain and a midnight curfew at The Dirt Track at Charlotte Motor Speedway allowed the World of Outlaws Craftsman Sprint Car Series, Late Model Series and Super DIRTcar Series to get everything in except the Features on Night Two of the World Finals presented by Can-Am. Friday’s Super DIRTcar Series Feature will take place Saturday afternoon at 1:30 with the Late Model and Sprint Car Features to follow. Saturday’s portion of the event will kick-off with Opening Ceremonies at 4:45pm.

Shaffer and Reutzel drew the pole and won their respective Sears Craftsman Dashes to earn the front row for the 30-lap, $12,000 to win, $1,000 to start Feature. Shaffer will look for his first Outlaw triumph of the season while Reutzel will be in search of his second, after scoring his first career World of Outlaws win at Tulare in March.

Ian Madsen and Shane Stewart will occupy the second row. Madsen, who will be crowned 2018 Kevin Gobrecht Rookie of the Year, would love nothing more to accentuate that honor with his first win of the season. Stewart’s five-year tenure with Kyle Larson Racing will come to a close tomorrow and a victory would be a strong ending to a challenging year.

David Gravel entered the evening 24 points ahead of Daryn Pittman for third in the Series Point Standings. Gravel was strong winning his Heat Race and will lineup 10th, while Pittman struggled and was forced to use a Provisional, meaning he will start 25th.

The 2018 World of Outlaws Craftsman Sprint Car Series 40th Anniversary Season will come to a close tomorrow at The Dirt Track at Charlotte Motor Speedway with the conclusion of the World Finals presented by Can-Am. Saturday’s portion of the event will kick-off with Opening Ceremonies at 4:45pm. Watch every lap of the double-header tomorrow LIVE on DIRTVision.com! 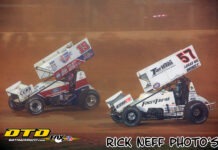 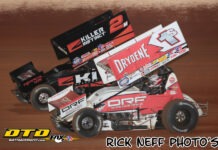 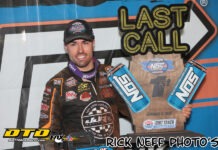