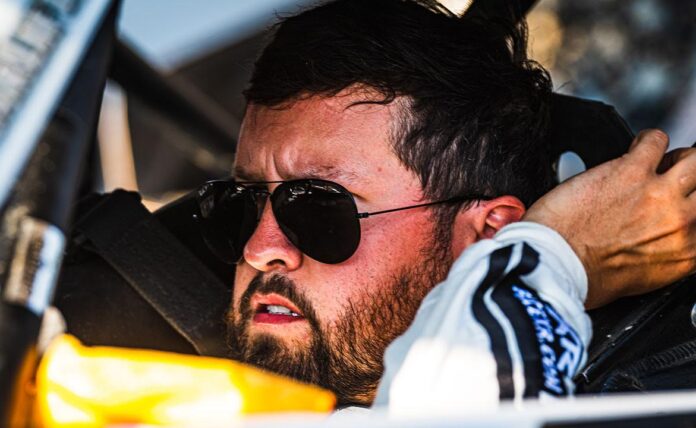 CONCORD, NC – The crisp November air and Fall scenery provides the backdrop for an epic stage to conclude the World of Outlaws Morton Buildings Late Models season at the NGK NTK World Finals.

Add the chance to win in front of a home crowd and that stage grows even more significant.

Chris Ferguson, of Mount Holly, NC, has that opportunity, Nov. 4-6, at The Dirt Track at Charlotte when some of the best drivers in Dirt Late Model racing return to the Tar Heel State oval.

“It’s an honor; it’s awesome to be able to showcase how we’ve been doing all year in front of our sponsors, friends, family, and people who get to see us race on the biggest stage of the year,” Ferguson said. “I always try to get people to come to Eldora and try to get them to come to crown jewel races, but typically a lot of people can’t make it out of town for them things.

“So, it’s nice to be able to have that atmosphere in Charlotte and toward the end of the season when people have time to come out.”

While Ferguson doesn’t run a national tour, he’s traveled across the country running various crown jewel events. “Fergy” racked up 20 top-10 finishes this season, so far, and one victory at Bristol Motor Speedway during the Bristol Dirt Nationals.

Even though he hoped for more wins in 2021, he was close on multiple occasions, including his last two World of Outlaws starts at Cherokee Speedway.

“It’s been very complicated, to say the least,” Ferguson said. “I look back and think of races that we’ve been in the hunt; particularly Eldora, The Dream and The World, and then Wheatland at the Lucas Oil Speedway we had a shot at winning a couple of times, and both Outlaw races at Cherokee sitting on the pole. It’s been a weird year; we’ve been good, we haven’t really struggled; the only time we struggled was I-80 and Fairbury.

“Everywhere else, we’ve been in the hunt, but when guys like Overton, Davenport are winning what they’re winning this year, and Sheppard, there hasn’t been a lot of food on the table for everyone else. It’s been a complicated year, but when I look back, I’m still proud of what we’ve done. I just would love to see more wins.”

An advantage Ferguson may have against his competitors at Charlotte’s Dirt Track is the red clay surface. It’s something he’s used to racing on in the Carolinas and puts him a step ahead of drivers who don’t run on it often.

“It definitely shows up because last year I think we won Heat Races both nights and started inside the top-four both nights,” Ferguson said. “When you race down here, you have to be elbows up, and you have to be on the wheel and a lot of guys who aren’t from this area struggle with the wheelspin you have. So, when we come into these races, we feel confident with our ability to run good in these big races now. Overall, the mentality going into these races plays into our favor at Charlotte.”

That mentality allows Ferguson to have the confidence he needs entering the epic stage of the World Finals. Even though he’s won prestigious races in his career, a World Finals trophy on his mantle would mean more than all of them.

“It would be huge, I’ve won some big races, but I’d have to say that it’s probably up there at the top,” Ferguson said. “Bristol was big, and so was Diamond Nationals along with my other Outlaws and Lucas Oil wins. But winning that big of an event in front of family, my crew, and anyone who supports us, that would be at the top, a career moment, to say the least.”

Ferguson will join the World of Outlaws Morton Buildings Late Models as they travel to Charlotte for the NGK NTK World Finals Nov. 4-6. For tickets to see the three-division spectacular, CLICK HERE.