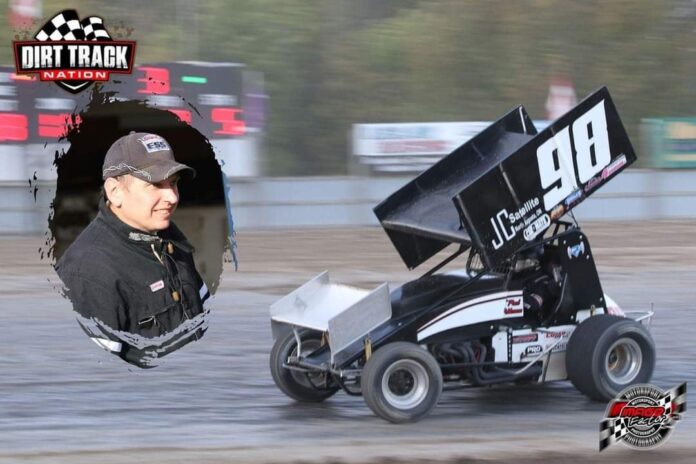 By Jeff Ciglich
BROCKVILLE, ON – Paul Pekkonen’s career spanned over three decades and encompassed almost every type of race car.
Starting in the street stocks in the mid 1980’s, Paul would compete at Brockville, Cornwall, Edelweiss, Can Am, Evans Mills and Frogtown (Mohawk) as well as a trip to Rolling Wheels with his Nova.
He would run a Limited Super at Oswego for a brief time before returning to dirt in a Sportsman. It was during the Sportsman years he notched his biggest win of his career by capturing the Sportsman feature during the Dream Weekend at the Brockville Speedway in 1995.
From the Sportsman ranks he moved up to 358 Modified, driving his own equipment most of the time but also ran a car for Ford Dingwall for several seasons.
Paul also dabbled in the vintage modified class running cars for various owners before building his own, a Vega bodied machine that he would eventually sell to Tim Hegarty.
From Modified he moved on the 360 Sprints, racing all over the Northeast with the various different organizations, SOS, ESS and Patriots. 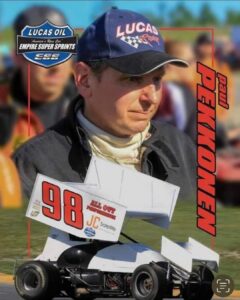 A Machinist by trade, Paul worked at Hewitt Automotive in Brockville almost from the time he was out of High School. His interest and passion for cars led him down that career path early. His logic was that the most expensive part of a race car was the engine, so if he could learn to build them, he would be able to afford to race.
Paul was the textbook low buck racer. His ability to pretty well fabricate and assemble practically an entire race car by himself served him well over the years.If there was a pile of tubing and engine parts laying on the racetrack and to win you had to build the car from the ground up and do one lap, Paul would have won that hands down.
Paul enjoyed working on race cars. And they weren’t necessarily always his. And that was his biggest achievement in racing. That is his legacy. Helping others get their cars running. Building engines, welding broken bars, troubleshooting electrical or mechanical issues on not only his equipment but everybody else who would ask him to “take a look at it”
A Gentleman both on and off the track, he was always happy to talk about racing or lend you a hand if you needed it.
And that is how he will truly be remembered.
Family and friends will be received for visitation at the Barclay Funeral Home, 137 Pearl St., E., Brockville, on Saturday December 3rd, 2022 from 10:00 a.m. to 12:00 p.m. followed by the Funeral Service for Paul which will take place in the chapel at 12:00 p.m. In memory of Paul, donations to Operation Motorsport, or a Charity of your choice would be gratefully acknowledged by the family. Messages of Condolence may be sent online at www.barclayfuneralhome.com.