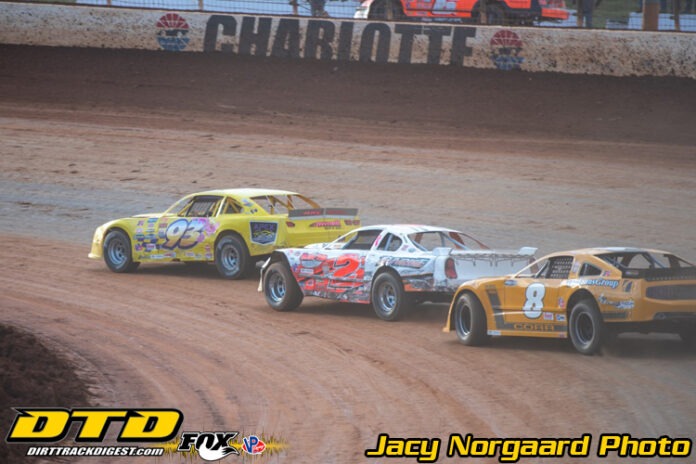 CONCORD, NC – It took 20 laps and every bit of effort possible for Sheldon Martin to come away with the $3,000 SRI Performance Pro Stock championship victory. Martin held off charges from Pro Stock aces Luke Horning and Pete Stefanski, who held on for second as Sean Corr rounded out the podium.

The emotion was palpable in Victory Lane. Sheldon Martin, from Mooresville, NC, took all of that excitement and did a backflip in celebration. It was his first-ever win on dirt.

“It’s some of the toughest competition that I’ve gone up against my whole life,” said Martin, of Mooresville, NC. “Time after time they’ll rattle your cage, but you just have to hit your marks. … This is absolutely amazing. This is my first ever dirt win. I am here with my family. It’s just amazing.”

Pro Stock All-Star Feature: After settling for third in the championship Feature, Sean Corr put it all together to win the SRI Performance Pro Stock All-Star Invitational. Corr was ecstatic in Victory Lane. “It’s a little slick out there but my crew set the car up perfectly,” Corr said. “They adjusted it knowing it was going to slick over from this afternoon.  They told me to try high and I was a little nervous about it but boy they were right 100 percent. I can’t thank the boys enough.”