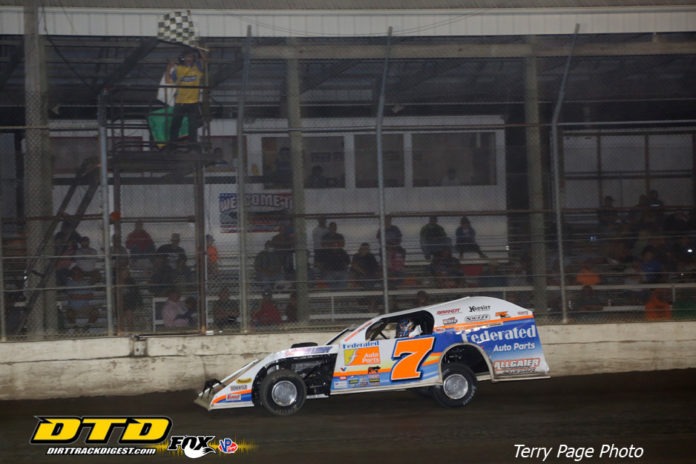 KANKAKEE, IL – Make it four consecutive victories now for The Thrill from Mooresville.

“Things are going really, really well for me, Mike [McKinney], Will [Krup] – anybody that’s been running our cars. Hunt Gossum the other night… This thing’s been really good. On any track condition, but when it’s like this, polished-up and slick, this is where we’re the best,” Hoffman said.

It’s true – the Elite Chassis clan of Hoffman, Mike McKinney, Will Krup and even 15-year-old Hunt Gossum have been turning in some stellar finishes since the tour began, sometimes filling the podium. They almost did the latter again Tuesday night, with McKinney running second and Krup placing fourth.

Perhaps the most eye-opening run of the night came from New Lenox, IL’s own Steven Brooks. Brooks came all the way from the 11th starting spot, gradually advancing his position until he cracked the podium on Lap 15 with a pass on Krup. He held the spot all the way back to the checkers, fending off Krup’s challenges from behind.


The Summit Modified field will now head to Michigan for four consecutive races as the precursor to championship weekend at Cedar Ridge Speedway in Kentucky, Aug. 28-29. Lots of new cars are expected to join the roster in Michigan, and Hoffman is ready to take on the challenge of two new tracks new to him – Butler Motor Speedway and Tri-City Motor Speedway.

UP NEXT
The DIRTcar Summit Modified action continues Wednesday night, Aug. 19, with the first of four races in the state of Michigan – starting with the tour’s debut at Butler Motor Speedway in Quincy. Catch all the action LIVE on DIRTVision presented by Drydene. 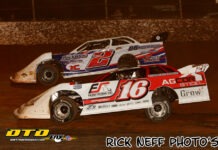