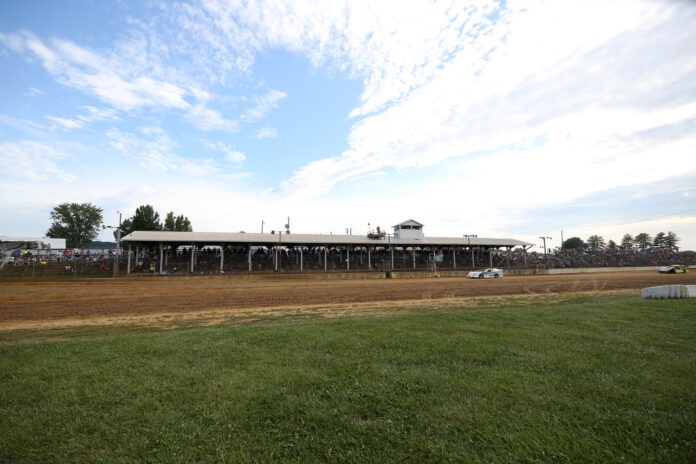 Alongside the DIRTcar Summit Racing Equipment Modified Nationals, setting out on their 11th season of competition, the Summer Nationals Late Models kickoff the tour this Tuesday night, June 15, in Indiana at the quarter-mile Brownstown Speedway. $5,000 is on the line for the Late Model Feature winner, while the new tour minimum $1,500 will go to the UMP Modified winner.

Don’t forget – each and every Summer Nationals and Summit Modified event will be broadcasted live this summer on DIRTVision presented by Drydene. Get a FAST PASS subscription today and watch the 2021 Hell Tour unfold wherever you are.

WHOLE NEW BALLGAME – The Summer Nationals and Summit Modifieds both take on a new championship chase format to decide this year’s champions.

The Late Model tour will take a driver’s best 31 finishes over the 36 races scheduled into the points standings, meaning championship chasers will either have some of their worst finishes dropped or be able to sit some race out, depending on the number of races that are completed by season’s end. For their efforts, a new points fund system has been implemented that could award the champion a potential $36,000.

For each race completed above 25, an additional $1,000 will be added to the champion’s check, making the potential for $36,000 to be awarded to the victor.

The Modifieds will stick with their $5,000-to-win championship check and take each driver’s best 12 finishes of the 36 scheduled, breaking away from the traditional eight-best finishes.

SQUIRREL ON DEFENSE – Four-time and defending Summer Nationals Late Model champion Brian Shirley gets set to defend his title in the kickoff at Brownstown Tuesday night.

Shirley, of Chatham, IL, is coming off a solid showing at Eldora Speedway this past weekend, where the DIRTcar Late Models ran four consecutive nights in back-to-back Dirt Late Model Dreams. Shirley made all but one Feature and posted a week-best finish of fifth on Wednesday night.

In last year’s kickoff at Brownstown, Squirrel dropped out 21 laps in while running sixth with apparent mechanical issues. However, he’s shown his prowess with the tour at the quarter-mile before, with one win that came back in 2008 – ending a then seven-year tour absence from the facility.

CHASING FOURTEEN – There’s only two drivers on the DIRTcar UMP Modified scene with ten national points victories or more at this point in the season. One of them is the defending DIRTcar Summit Racing Equipment Modified Nationals champion, Nick Hoffman.

Hoffman, of Mooresville, NC, won his second consecutive and third overall Summit Modified championship last year on the back of 13 Feature wins in 24 races – tying a record he set the year previous. This year, he shoots to break that record by reaching 14 Feature wins. He’ll have 36 opportunities to get it done, compared to only 28 scheduled races last year.

STAND UP 10 – A feeling of relief ascended over the Eldora Speedway grandstands and pit area Friday night as Jason Feger emerged unharmed from his wrecked racecar after a vicious crash in Turn 1.

Feger, of Bloomington, IL, made heavy contact with Kyle Strickler and was sent flipping wildly, badly damaging his MB Customs #25. Fortunately, he was able to pull out a backup car and finish the weekend, which he will start his 2021 Summer Nationals campaign with on Tuesday.

The 2010 Hell Tour champion claimed two victories on the circuit last year and looked very strong since making the switch to the MB Customs Race Car.

ON TOUR – Several drivers on both the Late Model and Modified side of the tour have revealed their intentions of following at least the first week of the schedules – many of which are expected to follow the tours in their entirety.