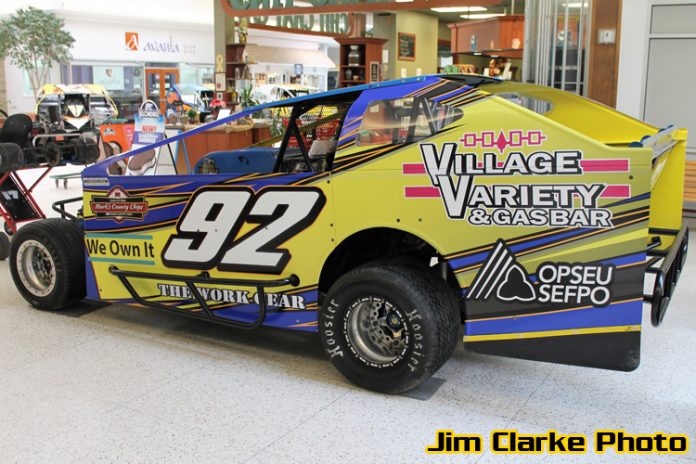 When it comes to weekly racing, you name it and Adam Turner has probably raced it. His career started in his father’s former Late Model in 1999, with a few seasons in a family-owned Street Stock, before switching gears and taking a turn in a DIRTcar Sportsman-Modified machine. From there, the second-generation runner from Picton, Ontario moved to the 358 Modified division and then moved to the Pro Late Models at Brighton Speedway. As opening night for the 2018 season draws closer, the likeable 35-year-old will revisit the Small Block Mods and ply his craft in the popular open wheeled class.

“I can’t wait to get back behind the wheel of the modified. Its been a while since I’ve raced one on a regular basis,” Adam Turner said. “Picking up some big wins with the Late Model over the last few years gave me an extra shot of confidence and I think the team and I have put together a very solid program as we head into the new season.”

Even though he has yet to win a season championship, Turner – who has a daughter, stepdaughter and niece who have raced with the Thursday Night Kiwanis Kart Klub at Brighton Speedway – has never lost touch with the reason he got into the sport to start with. He races for fun and for the love of the sport. The Prince Edward County speedster often travels to the track with his family and has several life-long friends – including Robert Pounder, Jeffrey Holmes, Will McIntyre and his father – helping to get the #92 ATR Bicknell Racing Products machine ready for action at the speedway and in the shop.

With the 2018 season opener just around the corner, Adam Turner has confirmed that he’ll focus his attention the Saturday night shows at Brockville Ontario Speedway, while also making selected Friday starts across the border at Can Am Speedway or Mohawk International Raceway, with occasional Sunday night special events at Cornwall Motor Speedway.


“Like everyone else in the pit area, I’d like to run every event on the schedule,” Turner admitted. “We have a calendar in the shop with some of the year’s biggest dates marked on it but doing what I want to do and what I’m able to do aren’t always the same thing. I have to work to support my family, but I’ll be chasing my first career Small Block Modified win wherever we can throughout the year.”

Fans, family and friends can follow the team throughout the season by liking the Adam Turner Racing page at www.facebook.com.